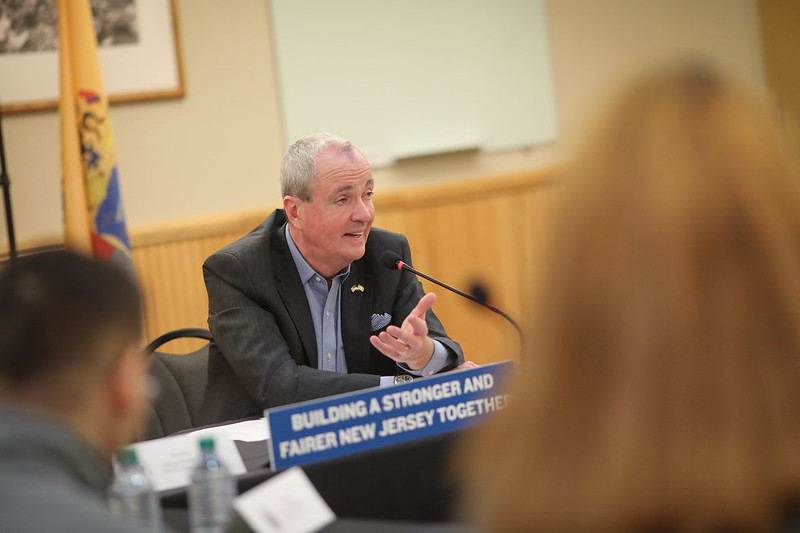 The Garden State Guarantee was borne out of a billboard on the New Jersey Turnpike.

At William Paterson University the day after his budget address announcing the higher education initiative, Gov. Phil Murphy said “The University of Maine gets an assist for the program that we’ve unrolled today because I was so sick of the billboard they put up every year on the Turnpike that said ‘our out-of-state tuition is lower than you’re in-state tuition’.”

“I said either we’re changing it or we’re burning the billboard down. And, as governor, I can’t be associated with the latter so we pursued the former,” said Murphy.

The governor allocated $50 million in his proposed 2021 budget for the Garden State Guarantee, allowing all eligible New Jersey undergraduate students to attend any public college or university in the state tuition-free for two years.

Under this program, 13 campuses of the state’s four-year public institutions will receive increased direct operating aid to assist low-income and underrepresented students of color.

“The Garden State Guarantee is a first step forward as we look at strategic ways we can make the cost of college more appealing to state residents,” Assemblywoman Mila Jasey said.

Eligible community college transfer students who have benefitted from the Community College Opportunity Grant program would have the potential to have their total tuition and fees covered if they graduate on time.

“We know students drop out of college—or worse, rule it out as an option for them—because they believe the price tag is unaffordable,” stated Murphy. “After more than a decade of decreased state investments in higher education, our administration’s innovative plan creates a path for broader college affordability. “

The plan outlined by the governor allows: