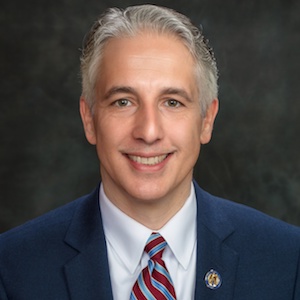 Reports of first responder suicides would be sent directly to the Department of Health under a bill introduced by Assemblyman Christopher DePhillips.

The bill, which was referred to the Assembly Law and Public Safety Committee, is designed to rectify a gap in a law scheduled to go into effect in July requiring police suicides be reported to the Attorney General. The bill would require suicides of firefighters and emergency medical personnel be tracked, as well.

DePhillips noted that although the public by-and-large understands the physical risks for emergency personnel, people often didn’t not recognize the mental risk inherent to the job.

“The physical risks are more apparent than the mental and emotional burden that comes with being a first responder,” he said. “Anyone who is the first to respond to the scene of emergency is susceptible to trauma…What they see and experience on a daily basis can be very disturbing and puts them at a higher risk of taking their own lives.”

The proposed law requires fire chiefs, chiefs of a squad, or association of first responders report any suicide by a paid or volunteer firefighter, ambulance or rescue squad member, or any other dispatched emergency personnel to the Department of Health.

Information the report would require includes the first responder’s age, length of service, race, gender, salary, veteran status, education level, and other information pertaining to the method of suicide.

In a press release unveiling the bill, the DePhillips camp recounted the story of an off-duty police officer from Roselle Park that committed suicide after crashing his vehicle and before emergency personnel arrived. Thirty-eight officers in New Jersey committed suicide between 2016 and 2019.

Additionally, it cited a study from the Journal of Emergency Medical Services that found first responders were 10 times more likely to have attempted suicide when compared to the general public. The study found 6.6.% of those surveyed had attempted the act.