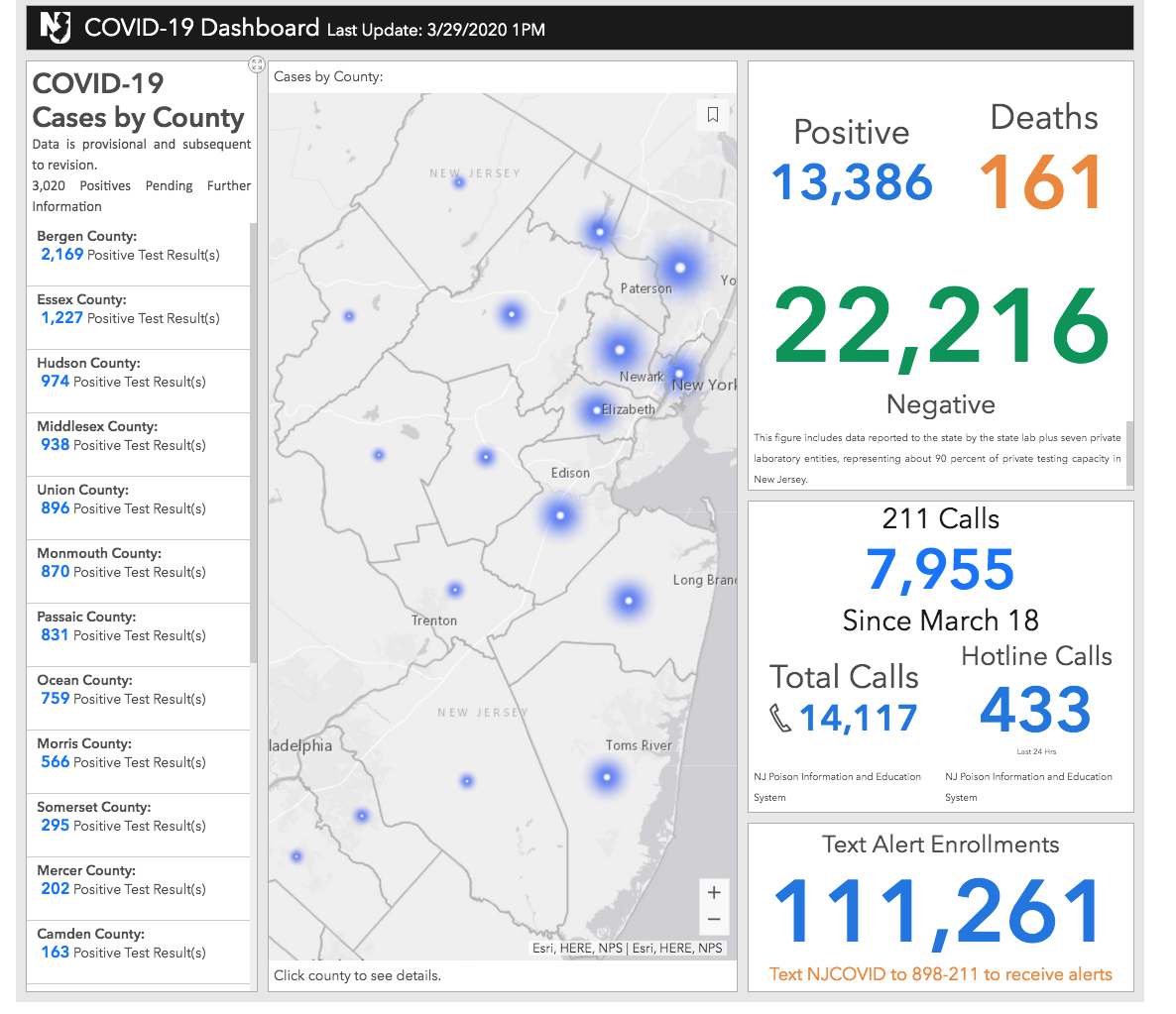 State officials declared the expected hospital surge for patients with COVID-19 has begun in North Jersey.

“It looks like the surge is beginning in the northern part of the state,” stated state Health Commissioner Judith Persichilli. “We’re beginning to feel the real stress and strain on critical care.”

Two of the seven hospitals that reported “divert” status on March 31 requested additional ventilators, which the state was able to supply them, Persichilli said.

“On a statewide basis, we are not feeling the same capacity issues in the central to south part of the state,” Persichilli said. “We believe the beds will be there.”

Responding to a question, state officials acknowledge they have begun to review whether refrigerated trucks to store bodies will be needed as the number of deaths continues to rise each day.

“I don’t have a specific day, but soon,” Gov. Phil Murphy said on when trucks would be purchased.

Another 3,686 positive tests remain under investigation to determine the location where the person resides.

The state has tested more than 45,000 people and 38% have tested positive. Eighty percent of people testing positive have mild to moderate symptoms and can stay home according to health officials, while 15% may need to be admitted to the hospital.

Of the 15% needing to be hospitalized, half may need ventilators, though that percentage is expected to rise, Persichilli said.

Murphy emphatically reiterated the need for supplies to handle the surge.

In a bid to help with health care workers, Murphy signed an executive order authorizing the Division of Consumer Affairs to temporarily reactivate the licenses of recently retired health care professionals and grant temporary licenses to doctors licensed in foreign countries.

“We need trained, experienced medical personnel to ensure proper staffing as we build capacity, which is why we have put out the call to retired health care professionals to join our fight and support our existing workforce,” said Murphy

The health commissioner continued to express confidence New Jersey will be able to handle the surge, adding the need for ventilators is acute when dealing with the most seriously ill coronavirus patients.

“We want to make sure the supplies and the ventilators will be there,” she said. “We don’t believe we’re going to run out of IV pumps and everything else you would need to take care of a critical care patients.”

Persichilli stated the surge and the stress it is doing to the hospitals and its workers underscores the need for residents of the state to adhere to social distancing guidelines.

“When you stay home, you are all helping us slow the spread of this virus and you are doing your part to help save lives,” she remarked.

Social distancing was one of the factors the state took into account when pushing back the day for residents to pay their taxes.

The three legislative leaders additionally agreed the state fiscal year should be extended to Sept. 30.

“This will allow the administration and the legislature to focus fully on leading New Jersey out of this crisis, and to allow for a robust, comprehensive, and well-informed budget process later in the year,” a press statement from Murphy, Sweeney and Coughlin stated. “We are committed to working together to enact the necessary legislation and supplemental appropriations to accomplish these goals.”

Murphy said it was too early to tell if he would alter the budget he presented earlier this year or present a whole new budget.