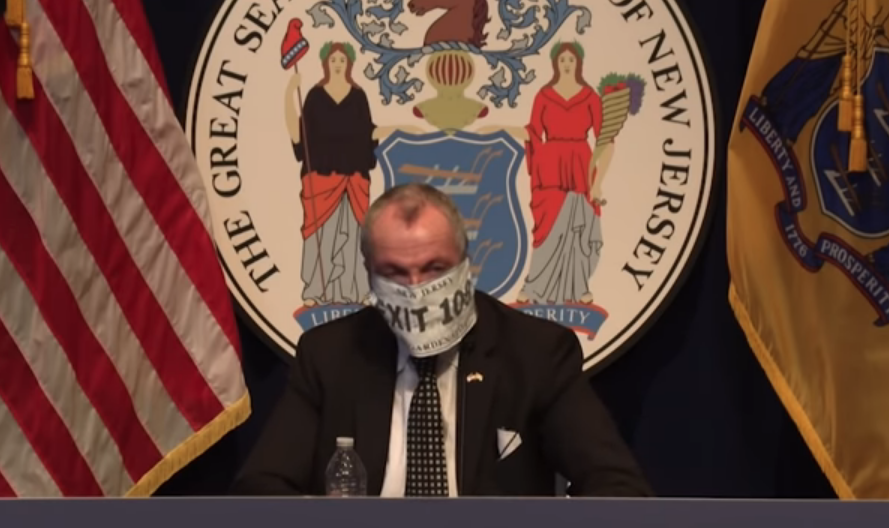 Gov. Phil Murphy provided more statistical evidence social distancing is working in slowing the coronavirus from spreading, even as health official predicted the peak of hospitalizations is only days away.

State Health Commissioner Judith Persichilli expects the peak to hit in the next couple of days, with 14,400 people hospitalized with confirmed or suspected coronavirus cases. That would be nearly double the current amount of New Jersey patients in the hospital with 2,280 patients projected to need critical care.

Despite the oncoming expected surge, Gov. Phil Murphy said the state is in fact in the “early stages of progress.” The governor showed a county by county map, revealing eight of the state’s 21 counties are now seeing cases double every five to seven days compared to seeing their cases double at a quicker rate previously.

“This is real progress,” Murphy said. “Our social distancing is, in fact, beginning to show effect. There is light here.”

The first-term Democratic governor said he’s not close to lifting his restrictions to make sure residents keep social distancing and prevent the virus from “boomeranging” in the future, specifically defending his decision to close state and county parks for a second straight day.

The governor said with the nice weather last weekend, park officials reported behavior that was not in accordance with social distancing.

“On the first warm weather day, parks reported high volumes of gatherings and cars with out of state plates,” said Murphy “That is why the decision was made.”

“It’s a fight for literally the heart and soul and future of our state,” Murphy said. “We need you to stay home, period.”

Of the statewide deaths, 59% were male and 41% were female with 44% of those who had passed having underlying medical conditions. The racial breakdown of 1,700 of the record deaths was as follows: 61% are white, 22% are black, 6% Asian and 11% another race. Murphy noted the percentages in the black and Asiona-American communities are higher than their population percentage in the state.

Another 1,362 cases and four deaths remain under investigation to determine the location where the person resides.

Persichilli reported 7,363 patients are hospitalized with coronavirus with 471 discharged on April 8. Of those hospitalized, 1,523 are in intensive care units and 1,515 on ventilators. The reason for the higher ventilators count than critical care units is due to the expansion by hospitals mandated by the state health department.

Persichilli said she believes the state’s hospital facilities should be able to handle the surge as long as staffing levels can be maintained, an issue in recent days forced divert status at state hospitals.

Persichilli said there’s one main reason this pandemic is more difficult than past health crises such as AIDS or the H1N1 flu.

“I’m struck by the number of people that require hospitalization and decline very quickly,” she said. “When you’re looking at 1,500 people in critical care on any one day, I’ve never quite seen that.”

The governor noted New Jersey workers submitted 214,836 unemployment claims for the first time from March 29 to April 4. The hardest-hit sectors according to claims filed from March 15 to April 4 include food/accommodation services, ambulatory health care such as doctors’ and dentists’ offices, hair and nail salons and temporary employment agencies.

Murphy acknowledged the issues those newly unemployed experienced in attempting to get their claims filed, but the promised state was working to make sure all claims are handled in a timely fashion.

“We’re working as hard as possible to make it easier for you to access your benefits,” said the governor. “No one will be denied one penny of their unemployment benefits.”

With those unemployed continuing to climb, the governor signed an executive order extending grace periods for those unable to make insurance payments. Residents who can’t pay their health or dental insurance premiums will have a 60 day grace period, while 90-days are being offered for those behind on home, auto, renters, life and other insurance premium-financing arrangements.

The order prohibits insurers from demanding a “lump sum” payment after the grace period, allowing policyholders to spread out repayments over time.