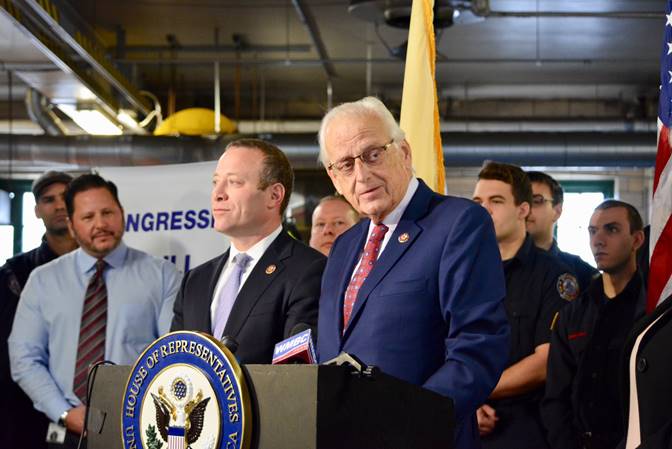 Two North Jersey congressmen are calling for an immediate investigation of the New Jersey Veterans Home at Paramus (NJVHP).

Reps. Josh Gottheimer and Bill Pascrell want the U.S. Department of Veterans Affairs (VA) Inspector General Michael Missal to open a federal investigation into how conditions at NJVHP resulted in the deaths of 13 veterans and 29 residents along with 17 staff testing positive for COVID-19 as of April 10.

Additionally, the congressman want details of the infection rate among staff members and residents, and deaths caused by the virus could be even higher.

“The unacceptable health crisis at (NJVHP) is threatening the lives of veterans who have bravely served our nation and are some of our most vulnerable residents,” the representative wrote in a letter the VA Inspector General.

NJVHP is owned, managed and operated by the New Jersey Department of Military and Veterans Affairs (NJ DMVA), and inspected and licensed by the New Jersey Department of Health and VA jointly. VA State Homes receive a per diem for eligible veterans who are referred there, and, as a result, the facility must comply with federal VA requirements for care.

The congressman noted even prior to the outbreak of COVID-19, NJVHP received a two star, or “below average,” rating from the Center for Medicare and Medicaid Services in the category of health inspection, indicating greater health risks.

Among the questions Gottheimer and Pascrell want answered include an explanation of how the facility passed its most recent inspection by the VA; timelines of when VA officials became aware of an outbreak of COVID-19 infections at the NJVHP, staffing shortages at the facility and when relatives of NJVHP residents were made aware of the outbreak at the facility; if policies in place to protect veterans from the virus were followed; and reported concerns from employees regarding the conditions at the facility.

Separately, Gottheimer and Pascrell want the VA to coordinate with the Federal Emergency Management Agency and the National Guard deployed to NJVHP to take swift actions to contain the spread of COVID-19.

The steps the congressman want followed immediately include providing additional personal protective equipment to staff; testing each resident and staff member at NJVHP; sending more healthcare providers and staff from the VA to treat and care for sick veterans; and consider transferring NJVHP residents to other VA medical facilities for treatment to reduce their risk of exposure.