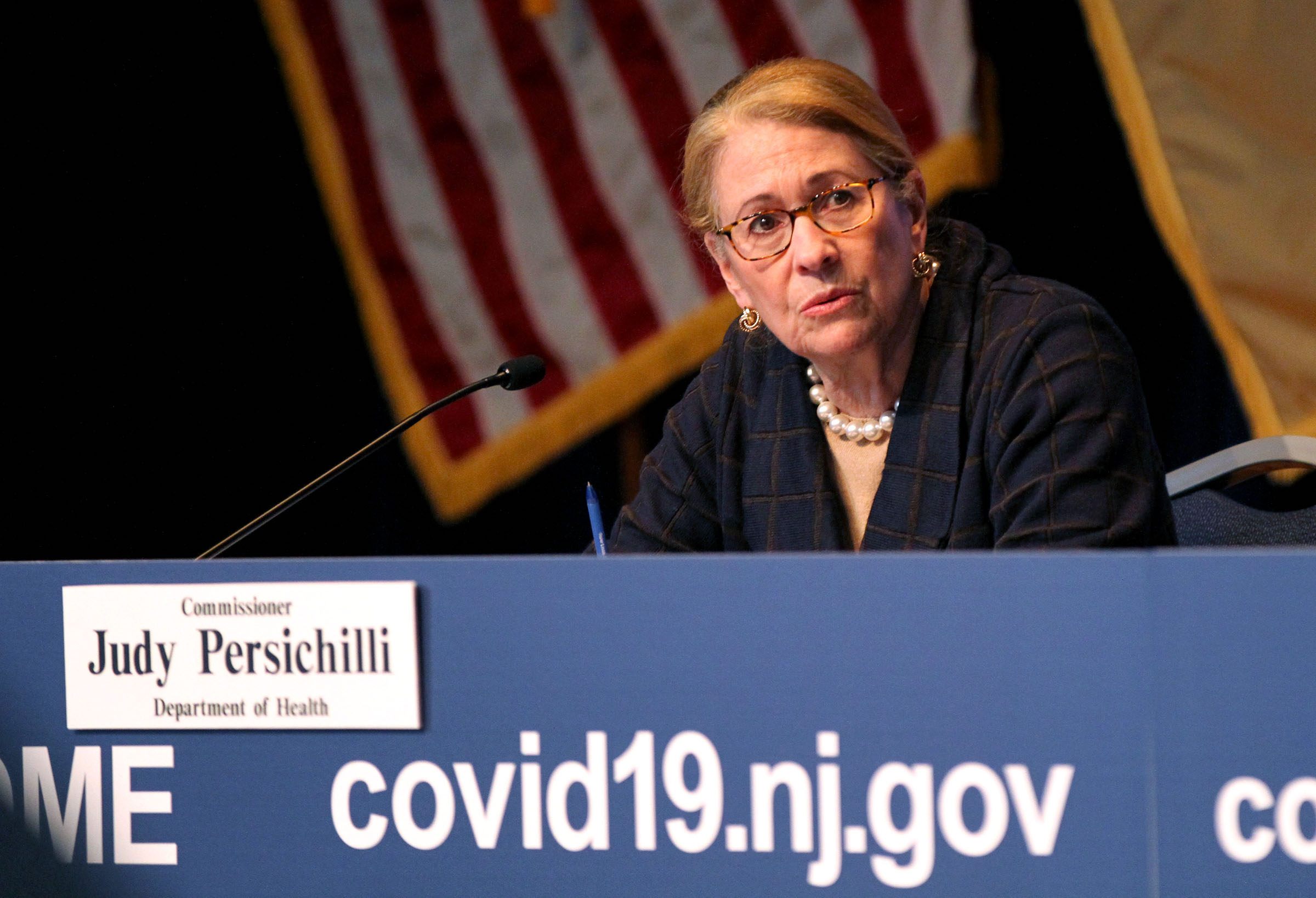 New Jersey Department of Health Commissioner Judy Persichilli updates the media on the State’s response to the coronavirus Friday, April 17, 2020, at the War Memorial in Trenton, NJ.

The top New Jersey health official stated the northern part of the state has passed its peak when it comes to COVID-19 crisis.

“The north has seen its peak (in hospitalizations) and it’s now coming to the central and south” tiers of the state, said Health Commissioner Judy Persichilli.

Persichilli stated on April 17 there has been flatting statewide, as she highlighted the percentage of patients on ventilators is currently at 81%, down from the previous high of 97% in the past week. The daily growth in hospitalizations decreased 2%, down from an increase of 3-4% in recent days.

“I am cautiously optimistic,” said Persichilli, who projected the peak date for the state to be May 12.

Gov. Phil Murphy earlier noted that all but one county in the state was seeing the doubling rate taking longer, taking at least a week.

“We’re flattening the curve, there’s no doubt about it,” said Murphy.

But the governor made sure to temper any thoughts that opening the state is just around the corner, using an analogy that it will not be a flick of a switch but a slow rise of a light dimmer to reopen the state.

“We need to have confidence that we’ve broken the back of this virus, that we have a healthcare structure in place,” he said. “The last thing we can do is relax and get complacent.”

The racial breakdown of the record deaths was 50% white, 22% black, 17% hispanic, 5% Asian and 5% another race. State officials noted deaths in the black community were running about 50% more than their population in the state.

In regards to underlying disease of those who have passed, 61% had cardiovascular disease, 39% diabetes, 30% chronic diseases, 21% chronic lung diseases, 15% neurological conditions, 11% cancer and 11% other. Persichilli has stated most cases have multiple underlying conditions which would push the cumulative percentages past 100%.

There are another 719 cases and three deaths under investigation to determine where the people reside.

The state has processed 143,450 coronavirus tests of symptomatic individuals since the outbreak began, with a 45% testing positive for COVID-19. The state estimates between 7,000-9,000 tests a day are being processed with a backlog of results down to about a week, according to Murphy.

Officials reported 8,011 patients are hospitalized with coronavirus and 787 discharged on April 16. Of those hospitalized, 1,961 are in intensive care units and 1,594 are on ventilators.

Murphy said that when a post mortem is done, one area he will make sure is focused on is long-term care facilities such as Andover Subacute and Rehabilitation Center I and II and New Jersey Veterans Home at Paramus and their operators.

“You’ve got a vulnerable population, a deadly virus and if that weren’t enough you have some folks who are not doing what they should be doing or need to be doing,” he said. “This Andover thing is a complete outrage. Folks out there who are upset about this, we don’t blame you.”

Murphy added it was not the workers in the facility who should be blamed, instead taking aim at the operators by stating “there is a code of conduct that is expected from these operators.”

Switching gears, the governor offered some more insight into the decision on making a final determination of school closings for the year.

Murphy said he hears from families of high school senior students and those looking to play Spring sports, acknowledging those are the ones most clearly impacted as they want to celebrate their final year.

Murphy said the May 15 date was purposely picked as it gives the administration a month’s more worth of data to make a final decision on if students will be allowed back to schools.

“If we keep on doing what we are doing, we will know a whole lot more than we know now and it has the potential to be a whole more positive,” said Murphy. “My gut tells me the news gets better over that four week period we are talking about.”