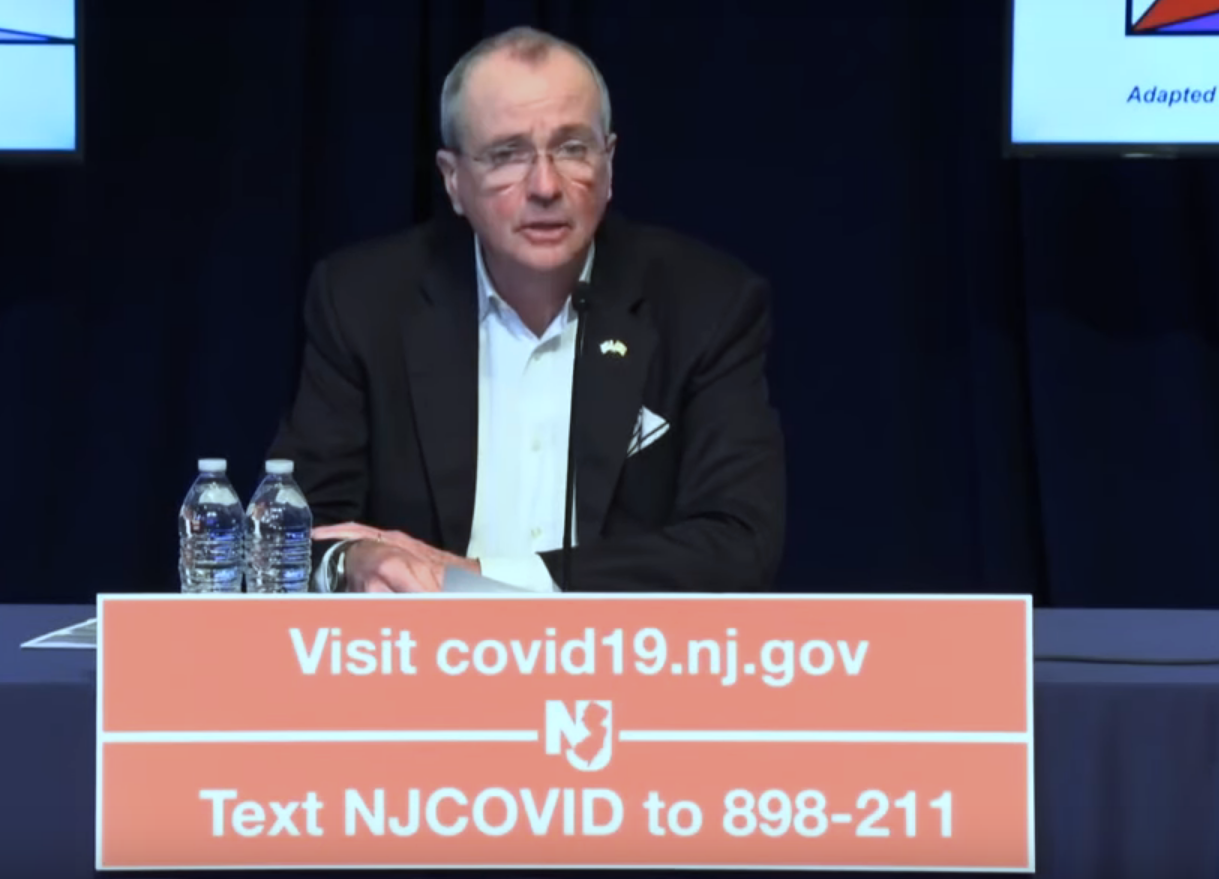 In an unusual flash of anger, Gov. Phil Murphy blasted an Atlantic County official’s call for the state to be reopened.

Atlantic County Surrogate James Curcio posted on his Facebook page that “Atlantic County Officials need to sound the alarm. Reopen New Jersey immediately without restrictions. Trust American freedom ingenuity and the US Constitution. Untie the hands of the Private Sector so it can rescue NJ from this nightmare.” He later amended the post to state “with sensible restrictions.”

“That is irresponsible,” Murphy opined at the end of his briefing on April 18. “(If) we quote-unquote untie the system right now, there will be blood on our hands.”

A NBC News/Wall Street Journal poll released April 19 showed 58% feared the government would move too quickly to end the stay at home orders  compared with 32% worried the government would move too slowly. Notably, 73% respondents said they were seriously or somewhat concerned that a family member would become infected with COVID-19, rising 20 percentage points from a month ago

Earlier is his Saturday update, the first term Democrtatic governor laid out his defense of actions to the coronavirus as well as how this was different from other health crises.

“This is a pandemic the likes of which we haven’t seen in a century,” he stated. “And I want to make sure folks understand that,”

After conversation with local officials, Murphy warned against residents not taking the coronavirus outbreak seriously because they compare it to the yearly flu outbreaks. He cited factors of COVID-19 being more virulent than the regular flu, the hospitalizations rates being higher, and there is no vaccine as of yet and probably best case scenario at least a year away.

“Based on everything we know, that point of view is wrong,” Murphy stated. “The flu has not caused devastation we are seeing, especially among our most vulnerable populations.”

“If you have been keeping your eyes and your mind closed to the facts and to science, please open them before you become one of the numbers I report here every day,” pleaded the governor.

Murphy noted the over 4,000 deaths attributed to COVID-19 in six weeks is more than the state has lost in the last three flu seasons combined, according to CDC statistics.

Another 585 positive tests are under investigation to determine where the person resides.

The state has processed 155,289 coronavirus tests of symptomatic individuals since the outbreak began, with a 45% testing positive for COVID-19. The state estimates between 7,000-9,000 tests are processed a day.

Officials reported on April 18, 7,494 patients are hospitalized with coronavirus and 780 discharged There are currently 94 patients in field hospitals. Of those hospitalized, 1,940 are in intensive care units and 1,628 are on ventilators.

On April 18, the governors of New Jersey, New York and Connecticut Governor Ned Lamont announced marinas, boatyards and marine manufacturers will be allowed open for personal use as long as social distancing and sanitization protocols are followed.

“We’ve committed to working with our regional partners throughout this crisis to align our policies when and where appropriate,” said Gov. Murphy. “A unified approach is the most effective way to alleviate confusion for the residents of our states during the ongoing public health emergency.”

Chartered watercraft services or rentals will not be allowed, and restaurant activity at these sites must be limited to take-out or delivery only, like anywhere else in the three states.