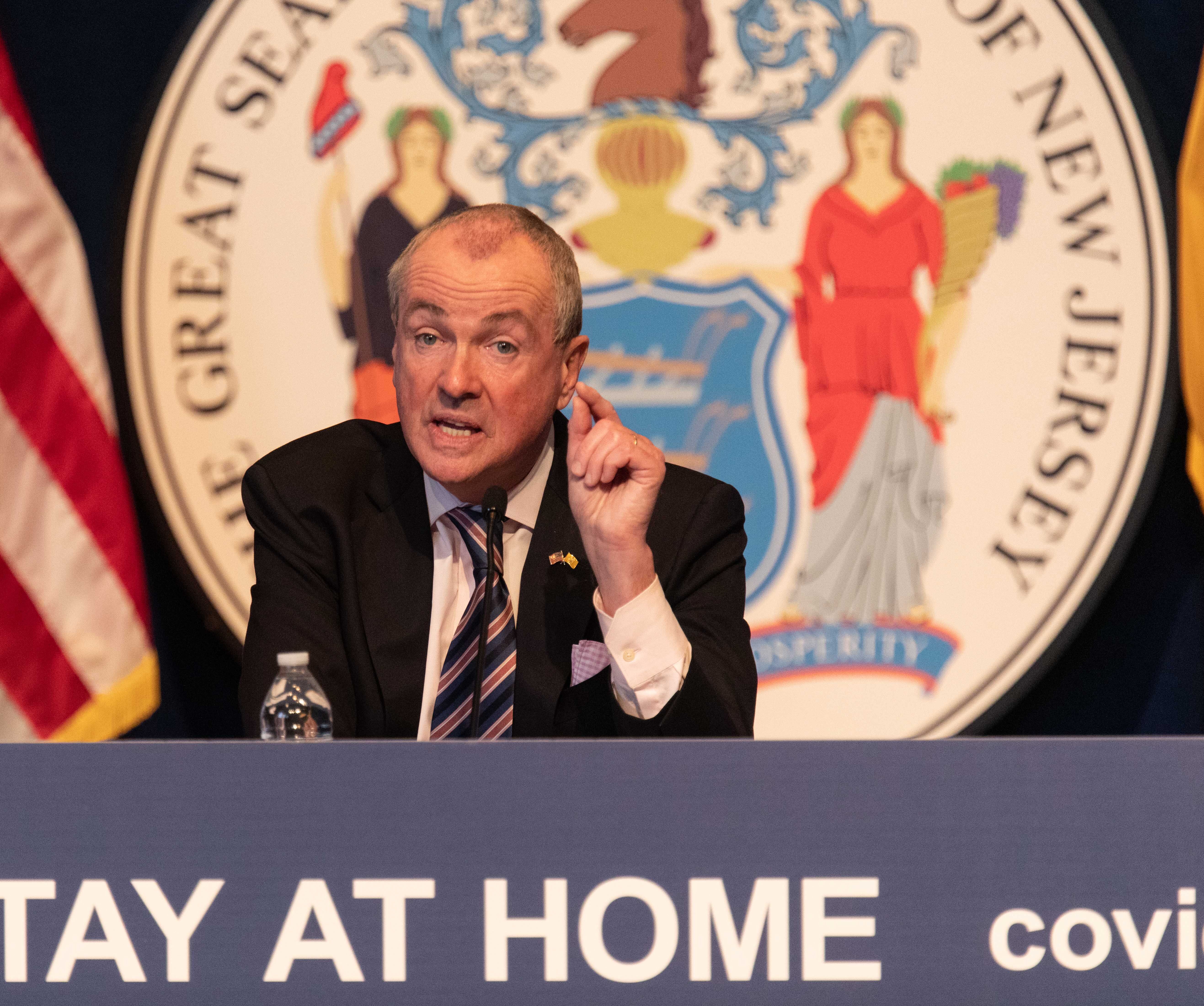 Gov. Phil Murphy admonished Senate Majority Leader Mitch McConnell (R-KY) for floating the idea states would be better off going into bankruptcy as a result of a financial crisis caused by the coronavirus pandemic.

The governor characterized McConnell’s statements as “utterly irresponsible. There’s no level of responsibility associated with that.”

“Watch your words, sir,” said Murphy, who vowed that New Jersey would not file for bankruptcy.

The McConnell comments rising the governor’s ire stem from a radio interview April 22 in which the Republican Senator said he favors allowing states with high public employee pension costs amid the burdens of the pandemic response to declare bankruptcy rather than giving them a federal bailout.

“I would certainly be in favor of allowing states to use the bankruptcy route,” he said “It’s saved some cities, and there’s no good reason for it not to be available.”

Additionally, McConnell defended blocking additional state and local aid in the latest CARES Act relief package, which passed the Senate and is set for a vote in the House.

Aid to be Paused

“We’re going to push the pause button here, because I think this whole business of additional assistance for state and local governments needs to be thoroughly evaluated,” McConnell added.

Murphy said that McConnell was “dead wrong as usual.”

“Really? This is the time, in a moment of crisis unlike any our country has faced in at least 100 years, to suggest it’s a good thing for states to go bankrupt?” questioned the first-term Democratic governor. .

Murphy said with the post-coronavirus economic downturn forecasted to be greater than the Great Recession, federal help is needed. He noted the latest bill does not have the $500 billion in direct assistance for states that the governor has advocated for.

“We’re dealing with an unprecedented public health crisis that will be followed by an unprecedented fiscal crisis,” said Murphy. “Without substantial and direct financial assistance from the federal government, the programs that we care deeply about, and which we will lean on, will be at risk.”

The governor said without the aid, the state would have to make “draconian cuts that will hurt our ability to help get our people back up off the mat.”

Murphy said he would have to “gut the living daylights” out of the state offices, such as the Department of Labor whose employees are working to process unemployment claims.

The issue comes on the day where deaths in the state passed another unfortunate milestone. As of April 21, the number of coronavirus cases in New Jersey reached 95,865 with 3,551 new cases and 314 new deaths, bringing that total to 5,063.

Of the total deaths, Essex County, with 888 deaths, surpassed Bergen, with 876, for those who have died in those counties. Other North Jersey county totals included Hudson at 568, Passaic at 327, Morris at 309, Sussex at 76 and Warren with 55.

Murphy pointed out that the amount of deaths in Bergen and Essex counties are higher than some countries affected by the virus.

The racial breakdown of the record deaths was 49% white, 22% black, 17% hispanic, 5% Asian and 5% another race. Murphy noted deaths in the black community were running about 50% more than their population in the state.

In regards to the underlying disease of those who have passed, 60% had cardiovascular disease, 42% diabetes, 31% chronic diseases, 15% neurological conditions, 11% cancer and 13% other. Health Commissioner Judy Persichilli has stated most cases have multiple underlying conditions which would push the percentage of 100%.

Another 592 cases and two deaths are under investigation to determine where the person resides.

The state noted 438 long-term care facilities are reporting at least one case of COVID-19 and the facilities have accounted for 2,050 of the total deaths in the state and 11,608 of the cases.

The state has processed 172,612 coronavirus tests of symptomatic individuals since the outbreak began, with 45% testing positive for COVID-19. The state estimates between 7,000-9,000 tests are processed a day with test results returning in about a week.

Officials reported 7,210 patients are hospitalized with coronavirus and 745 discharged as of April 21. There are currently 84 patients in field hospitals, with 135 discharged from FEMA’s Meadowlands outpost. Of those hospitalized,1,983 are in intensive care units and 1,570 are on ventilators.

Murphy noted data such as hospitalizations, discharges, and patients in critical or intensive care remain stable, those numbers have to be on a downward trend for a significant period of time before any plans to lift restrictions.

“We need these numbers to begin to decrease before we can move to our next phase,” he said. “But not seeing any significant increases is a good starting point.

Murphy said the near lockdown restrictions to slow the outbreak will be needed for some time.

“We must keep our strong social distancing policies in place,” Murphy said. “This will continue to be the case for the next several weeks, at least.”