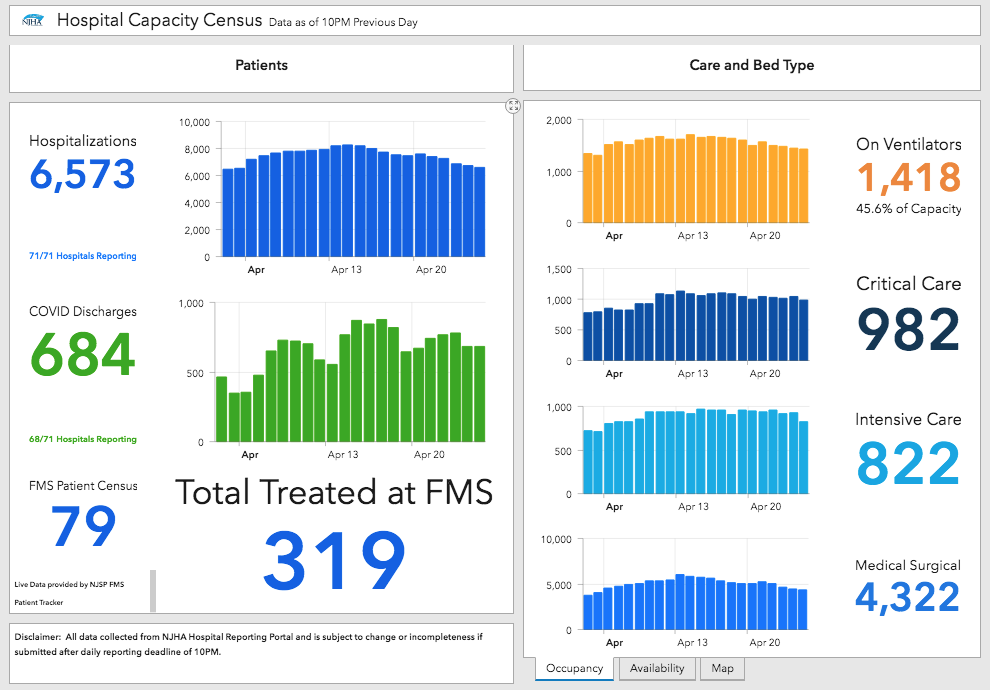 The Murphy Administration is taking a far and wide approach when it comes to receiving advice on how to handle the coronavirus.

One of those path’s took the state’s top health official to a place Gov. Phil Murphy knows well: Germany.

Health Commissioner Judy Persichilli reported she recently held discussions with Germany’s Minister of Health Jens Spahn about their efforts in containing COVID-19 and tracking the virus throughout their country.

Gov. Murphy served as the United States Ambassador to Germany from 2009 to 2013, serving under President Barack Obama.

Understanding how Germany handled the situation was useful to Persichilli as she said the country enacted strict social distancing in the same way New Jersey did and are beginning to lift the restrictions.

“They have developed a very slow opening of some small stores, book shops, and car dealerships, places that can safely social distance,” she noted. “They took this action after closely monitoring the spread of the virus in their country.”

Another common denominator was the government’s emphasis on the importance of robust testing to help to quickly identify new cases— using a team of five officers for every 20,000 members of the community—as well as their contacts, so they can be isolated immediately.

“Their experience can inform our efforts as we look ahead, to ease some of our social distancing restrictions in the state, and increase our testing capacity,” said Persichilli. “When that time comes, it is vital that we don’t forget all that we have learned. We will still need to take steps to protect our health and the health of others, particularly vulnerable populations at greater risk of hospitalization and death.”

The state plans to release a plan April 27 offering principles and parameters that will guide officials in terms “of responsibly beginning to take steps to reopen, whenever that may come,” said Murphy.

“I will remind you again that having a robust and accessible testing program in place is not only a great need for the here and now, but it will be a great need and a requirement, in fact, for the weeks to come,” stayed Murphy.

“This is a key element that we must have in place,” Murphy continued. “As I’ve said, ensuring the public’s health must come before we can begin restarting our economy.”

Black and Hispanic communities were running about 50% more than their population in the state. The governor recently signed legislation mandating hospitals report age, gender, ethnicity and race of people who have tested COVID-19 positive or died from the virus.

In regards to the underlying disease of those who have passed, 60% had cardiovascular disease, 42% diabetes, 31% other chronic diseases, 15% neurological conditions, 11% cancer and 13% other. Persichilli has stated most cases have multiple underlying conditions which would push the percentage of 100%.

Another 681 cases under investigation to determine where the person resides.

The state noted 472 long-term care facilities are reporting at least one case of COVID-19 and the facilities have accounted for 15,512 of the cases and 1,865 of the total deaths confirmed with an additional 981 under investigation.

The state has processed 200,756 coronavirus tests of symptomatic individuals since the outbreak began, with 44% testing positive for COVID-19. The state estimates between 7,000-9,000 tests are processed a day with test results returning in about a week.

Officials reported 6,573 patients were hospitalized with coronavirus and 684 discharged on April 25. There are currently 79 patients in field hospitals, with 319 discharged from those outposts overall. Of those hospitalized, 1,804 are in intensive care units and 1,418 are on ventilators.

“Providing our most vulnerable populations with access to safe accommodations during this crisis is both the right thing to do and a matter of public health,” said Murphy. “This order will help keep more New Jerseyans safe during this pandemic.”

The order clarifies that individuals who have no permanent housing to which they may safely or lawfully return and live at a hotel or motel on a continual basis are not considered “transient guests or seasonal tenants,” and thus are entitled to the protections against evictions.

“Vulnerable individuals should have access to the same options as all New Jerseyans in order to self-isolate or social distance while we continue to flatten the curve,” said Col. Patrick Callahan, Superintendent of the New Jersey State Police. “Housing resources should continue to be available as we battle this virus.”