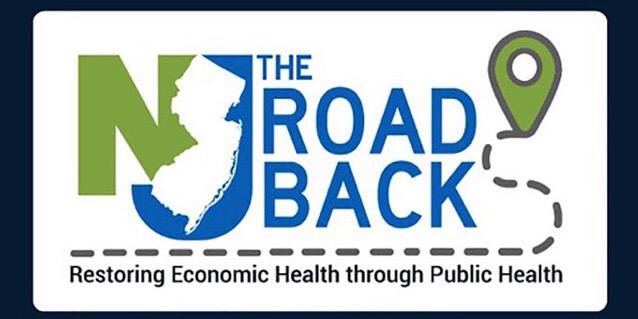 Gov. Phil Murphy unveiled the state’s roadmap on health standards needed to be achieved allowing for an economic recovery in the state.

The six point Road Back plan features four health benchmarks the governor believes is critical to achieve to give residents confidence to restart the economy.

“It means that before we reopen non-essential stores and businesses, before we can reopen our parks, or before we allow in-person dining in our restaurants…people need to know, first and foremost, that their health will be safeguarded from COVID-19,” said Murphy.

The first-term Democratic governor said the principle behind the “public health creates economic health” ethos is objective metrics and mileposts. He did not rule out a by-region tiered opening but said his bias was to have an all-state approach.

“The Road Back is driven by data, science, health progress and common sense,” said Murphy. “Until we give the public confidence that they should not be fearful, we cannot take further steps.”

To secure the public health component, Murphy stated key metrics that will be followed are a sustained drop in the infection curve, expanded testing, contact tracing, and safe places for people to isolate.

“I want nothing more than to see every Main Street up and down the state filled with shoppers and diners once again. I want our construction sites roaring with activity once again. I want to see the Shore humming throughout the Summer,” said Murphy. “If we follow this road we give ourselves the best possible chance to succeed in the months ahead.”

Without giving specific dates, Murphy suggested the path could be counted in weeks, not months. However, the plan does offer some hints at a timeline.

Murphy believed testing protocols would be in place by the end of May, as he expects to double its diagnostic testing and lab capacity to ensure quick turnaround of results. Additionally, key health data must show a sustained reduction for two weeks.

To confirm with CDC guidance, New Jersey’s tracing program will require between 15 to 81 persons engaged in contact tracing for every 100,000 residents.

“But, we are actively engaging a number of tech companies in a search for innovative solutions that can assist in this massive undertaking, and not only make the work of human contact tracers more efficient, but perhaps mean we need fewer of them,” said Murphy. He cited Google, Salesforce and Bloomberg as tech companies that could possibly be onboard.

Murphy warned that the state cannot think of COVID-19 as a one-and-done.

“Ensuring New Jersey’s resiliency for the next outbreak….must be part of our response to this outbreak,” said the governor.

As a result, the state will ensure it has the supplies to backstop healthcare facilities, first responders and essential workers, building its own state stockpile of PPE for front-line health and public safety responders as well as ventilators.

While attempting to forecast the future, Murphy reminded the public  “this war is still far from over.”

“We need to continue focusing on our social distancing, and taking the steps necessary to push the curves of new cases, new hospitalizations, and COVID-19 related deaths down, so we can move down this road,” he said.

As of April 27, the number of coronavirus cases in New Jersey reached 111,188 with 2,146 new cases and 106 new deaths, bringing that total to 6,044. State officials acknowledge the numbers may skew a little lower coming off reporting inconsistencies due to the weekend.

Murphy noted the rates in the black and Hispanic communities were running about 50% more than their population in the state and vowed that any plan would work to reduce racial inequities in healthcare. The governor recently signed legislation mandating hospitals report age, gender, ethnicity and race of people who have tested COVID-19 positive or died from the virus.

Another 818 cases under investigation to determine where the person resides.

The state noted 476 long-term care facilities are reporting at least one case of COVID-19 and the facilities have accounted for 16,277 of the cases and 1,911 of the total deaths confirmed with an additional 1,062 under investigation. Officials confirmed they are still reconciling the totals due to operators attempting to separate patient and staff records.

The state has processed 204,651 coronavirus tests of symptomatic individuals since the outbreak began, with 43% testing positive for COVID-19. The state estimates between 9,000-11,000 tests are processed a day with results returning in about a week.

The rate has slowly come down in the last week, according to health officials, estimating Bergen County’s rate currently at about 30% from a 60% rate at the beginning of the pandemic.

Officials reported 6,407 patients are hospitalized with coronavirus and 480 discharged on April 26. There are currently 99 patients in field hospitals, with 309 discharged overall. Of those hospitalized, 1,801 are in intensive care units and 1,303 are on ventilators.