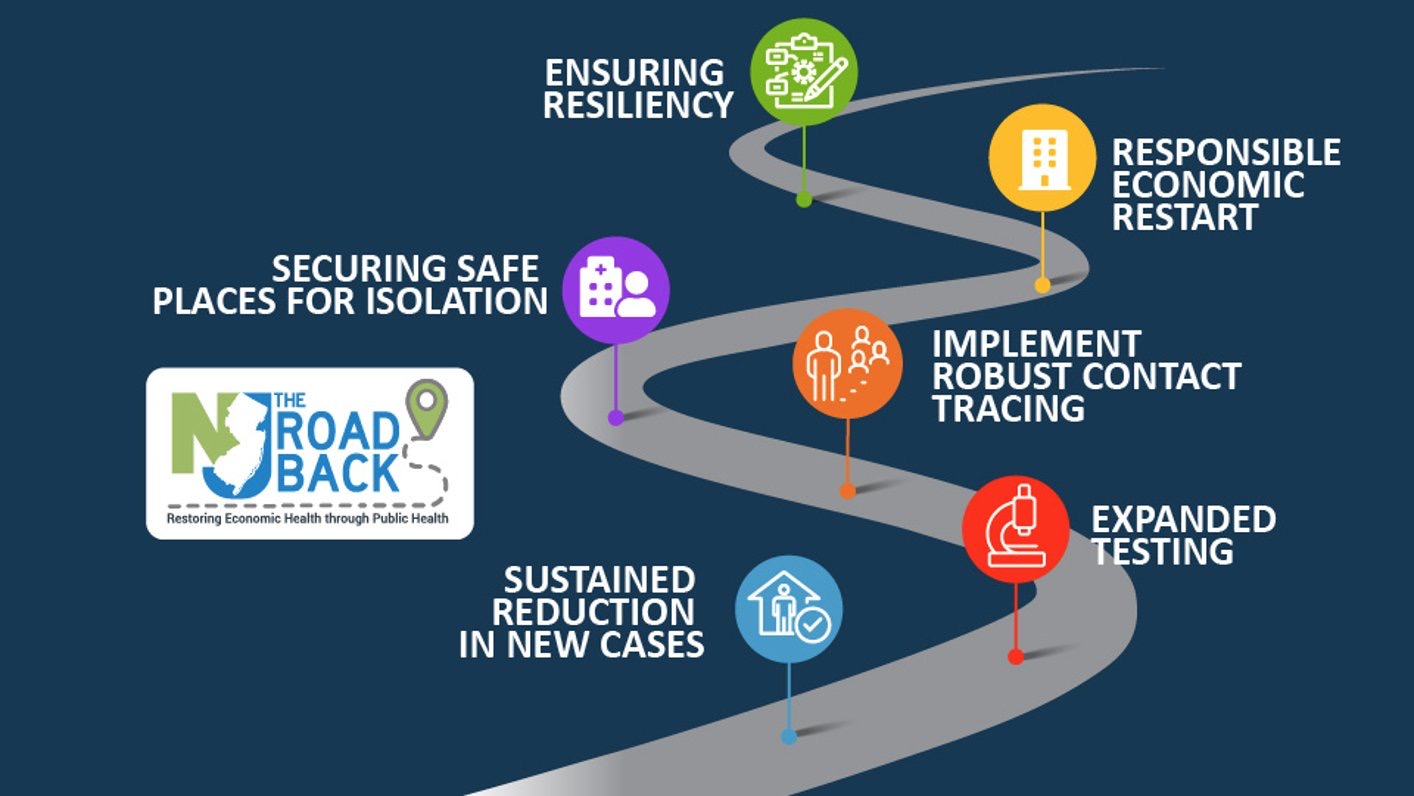 While Gov. Phil Murphy has received overwhelming support for his handling of the coronavirus crisis, his Road Back plan is being criticized by North Jersey Republicans.

State lawmakers from Bergen, Morris, Sussex and Warren Counties faulted the plan for not doing enough to help business or offer a defined timeline to restart the economy.

State Sen. Steven Oroho believes the governor should “have more faith” in the businesses that have developed detailed plans allowing them to reopen safely since stay-at-home restrictions were put in place.

Plans at the Ready

“Since businesses were forced to close in March, many have been developing and perfecting plans to get back to work in a manner that is safe for their customers and employees,” remarked Oroho. “Just as grocery stores and pharmacies demonstrated their ability to adapt quickly to new public health requirements, we should trust that other businesses are no less capable of operating responsibly.”

Murphy announced his plan on principles for restoring economic health through public health on April 27 but offered no timeline to when those principles would result in action.

“I’m saying public health and economic health need not be mutually exclusive,” said Oroho, the Senate Republican Budget Officer, who has been in contact with business owners and trade associations ready to open safely once operating restrictions are eased.

Bergen argued for wanting an actionable plan sooner rather than later.

“We can reopen the economy and direct businesses to adhere to strict guidelines. The proof is right in front of us with what current businesses are doing,” the Assemblyman stated.

Assemblyman Parker Space (R-Sussex) was critical Gov. Murphy’s plan did not give business owners a concrete timeline to get their operations ramped up and employees back on the job.

“We want to stop the spread of COVID-19, but at the same time we need to give businesses the opportunity to abide by social distancing protocols while still providing for customers, and most importantly, their employees and New Jersey families,” commented Space.

Assemblyman Hal Wirths (R-Sussex) said he has received numerous calls from businesses that feel the Murphy administration is too narrowly focusing on stopping COVID-19 without consideration for business owners and their employees.

Space is supporting the Healthy Citizens and Healthy Business Act legislation being drafted by Assemblyman Erik Peterson (R-Hunterdon) which will allow non-essential businesses to reopen providing they comply with safety protocols from the New Jersey Department of Health, the Centers for Disease Control, and the Occupational Safety and Health Administration.

“Our businesses should have the opportunity to follow safety guidelines in these trying times and still be allowed open,” stated Space. “I believe it’s far safer to venture into a small business than walk through the grocery store or a big box store.”

In a press release posted on his twitter account, Assemblyman Kevin Rooney (R-Wyckoff) focused on a lack of plan for small businesses that he feels are most affected right now.

“If Walmart, Target and Home Depot can all be open, why can’t small businesses? Why can’t we implement guidelines for small businesses?,” Rooney wondered. “They are prepared. I have spoken to dozens of business owners who have purchased masks, thermometers, built protective areas for employees and their customers.”