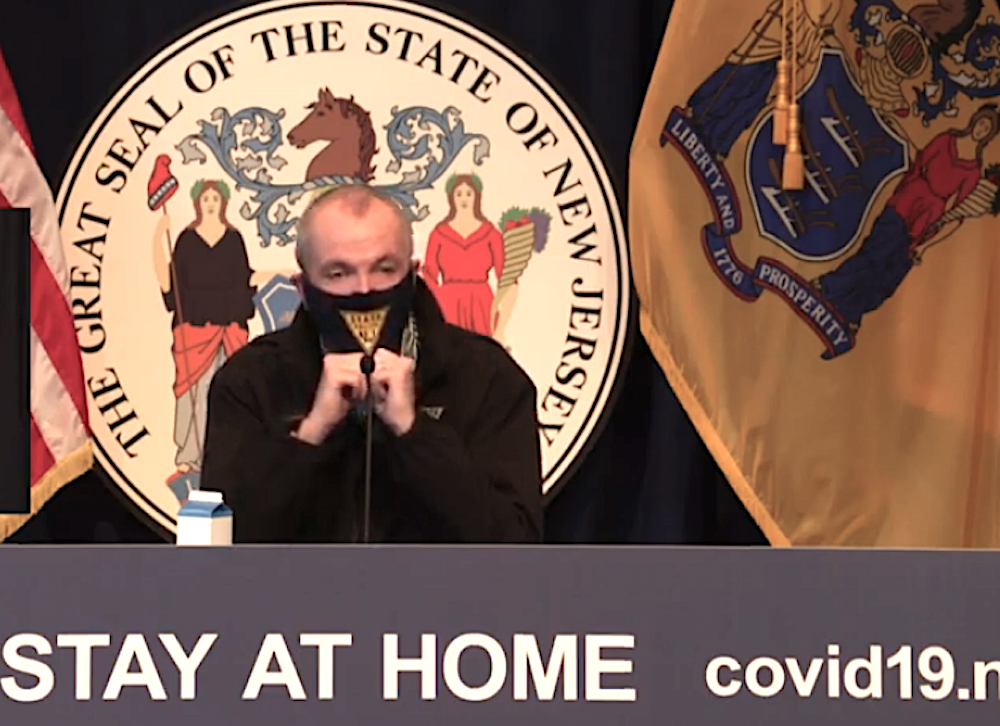 “So far so good” were the early reports Gov. Phil Murphy received on the first day parks and golf courses reopened May 2.

”Frankly, knowing New Jerseyans, this is what we should expect,” Murphy stated. “I want everyone to enjoy this extraordinary weekend. And if we do this, we’ll be able to move forward.”

State officials are requiring park visitors to practice social distancing to protect against the coronavirus, with local and state police officers on hand to make sure the rules are being complied with.

For golf courses, the new rules extended tee times to 16 minute intervals for two players at a time; one cart per person with exceptions made for family members; frequent cleaning of common areas including restrooms, ranges and carts; and pro shops and other amenities closed.

As officials are being pressed to offer a timetable not detailed in his Road Back plan when other restrictions caused by the COVID-19 crisis would be loosened, Murphy had declared the first weekend in May “an important one for us and an important sign for how we move forward.”

“If we hear reports of people not taking their health or the health of other park-goers more seriously, we will not hesitate…to close them again,” stated Murphy.

The governor noted the daily death rates are still numbering in the hundreds, giving him pause to not rush easing of restrictions.

The first-term Democratic governor remains hopeful, citing the data determining the reopening of the state was moving in the right direction.

“All of the metrics in our hospitals continue to show positive trends,” Murphy said. “We need to keep seeing this continue before we start putting New Jersey on the road back.”

In regards to the underlying disease of those who have passed, 59% had cardiovascular disease, 43% diabetes, 32% other chronic diseases, 17% neurological conditions,15% chronic renal disease, 10% cancer and 14% other. State Health Commissioner Judith Persichilli has stated most cases have multiple underlying conditions which would push the percentage of 100%.

There are 676 cases still under investigation to determine where the person resides.

The amount of days it takes for a county to double its cases in all 21 counties continue to trend up, although cases in the South are doubling at a faster pace than the rest of the state, according to Murphy. In North Jersey, it has taken more than 30 days to double in Bergen, Essex, Hudson, Esex, Sussex and Morris counties, while the rate in Passaic is 26 days and in Warren 22 days.

Health officials noted 505 long-term care facilities are reporting at least one case of COVID-19 and accounted for 20,284 of the cases and 3,670 of the total deaths.

The state has processed 234,577 coronavirus tests of symptomatic individuals since the outbreak began, with 41% testing positive for COVID-19. Murphy noted that percentage has been “drifting down” for the past two weeks. The state estimates between 9,000-11,000 tests are processed a day with results returning in about a week.

Of the new cases reported, Passaic had the most, followed by Middlesex, Essex, Hudson and Union.

Officials reported 5,713 patients are hospitalized with coronavirus—which included 378 new hospitalizations—while 525 patients were discharged. The northern tier had 3,142 patients hospitalized, the central 1,688 and the south 883.

There are currently 51 patients in field hospitals, with 393 treated overall. Of those hospitalized, 1,715 are in intensive care units and 1,230 on ventilators.

Persichilli noted hospilations are down 41% in the northern tier since the surge reached its peak in April, while the central tier has decreased 26%.

“We continue to see progress with each reporting drop,” Murphy said. “That’s a very good sign.”