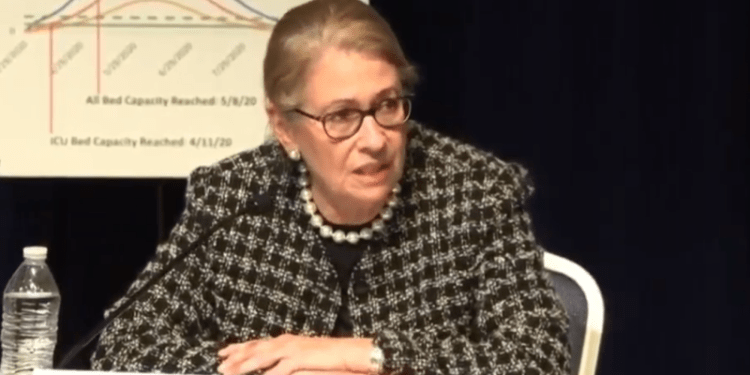 The numbers for a pediatric illness associated with the coronavirus continues to grow in New Jersey.

State Health Commissioner Judy Persichilli announced the state is now tracking a total of 30 Kawasaki disease during a daily COVID-19 briefing May 13.

The state was notified of 11 new cases May 12 and eight more May 13. No deaths associated with the disease have been reported.

The age range for the cases are between 3 and 18 years old, with four testing positive for the coronavirus. The new cases are from nine different counties in the state— Bergen, Essex, Gloucester, Hudson, Middlesex, Monmouth, Passaic, Union, and Warren.

“They are all under investigation,” stated Persichilli, noting the state health officials are waiting on more reporting from their investigators as well as the CDC giving a case definition.

The news comes as Gov. Phil Murphy noted data comparing the peak to now shows the state is ready to begin to restart the economy. Murphy cited new hospitalizations being down by two thirds, total hospitalizations down nearly half, patients in ICUs and on ventilators continuing to decline, positive cases down nearly 70% and deaths decreasing by more than a third.

The daily rate of infections from those tested as of May 19 has been in steady decline and currently rests at 22%.

Officials reported 4,226 patients are hospitalized with coronavirus—which included 364 new hospitalizations—while 382 patients were discharged. The north tier had 2,123 patients hospitalized, the central 1,331 and the south 741.

Of those hospitalized,1,225 are in intensive care units and 928 on ventilators, the fourth day in a row the total was below 1,000. There are currently 34 patients in field hospitals, with 436 treated overall.

Another 704 cases are still under investigation to determine where the person resides.

Health officials noted 522 long-term care facilities are reporting at least one case of COVID-19 and accounted for 26,763 of the cases and 5,016 of the total deaths.