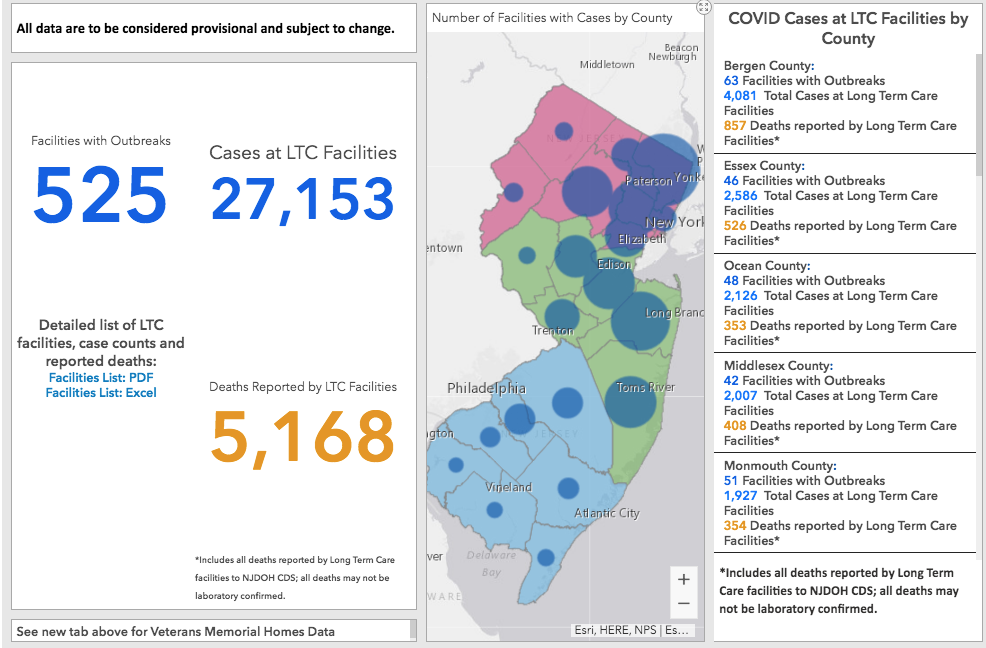 State officials said they would welcome any investigation into how the Murphy Administration handled the COVID-19 crisis, including actions surrounding long-term care facilities.

“The tragedy that happened at long-term care facilities will haunt us for a long time, but we will work to put things in place to prevent things like this from happening again,” said Health Commissioner Judith Persichilli.

Gov. Phil Murphy said he would cooperate with any investigation into what he described as “jaw dropping” actions of long-term care operators as well as his own administration’s response to it.

The statement came during the daily COVID-19 briefing on May 14 after questioning about a letter from the 15 Republicans in the state Senate calling for a special committee to investigate how New Jersey has responded to the coronavirus pandemic and to prepare for any future health crisis.

In the letter, GOP senators wrote “We must acknowledge that the harm caused by the initial threat of the coronavirus may have been amplified by the response of the executive branch of our state government in certain cases, resulting in unnecessary physical and economic harm to New Jerseyans.”

Murphy said he has no problem with the role state legislators have played and will play when the COVID-19 crisis is over. The first-term Democratic governor even floated the idea of a national post-mortem level styled on the 9/11 Commission chair by former Gov. Tom Kean as well.

“It’s Been a Tragedy”

“The numbers don’t lie…it’s been a tragedy,” said Murphy, who noted the Department of Health is currently being audited by an outside firm to assess what should have been done and what can be done moving forward.

“I will reach out to anyone that will help us to determine the best way to go forward to make sure this never happens again,” said Persichilli.

The commissioner said long-term care operators were not prepared but they were not alone.

Health officials noted 525 long-term care facilities are reporting at least one case of COVID-19 and accounted for 26,153 of the cases and 5,168 of the total deaths as of May 14.

The daily rate of infections from those tested as of May 9 has been in steady decline and currently rests at 22%.

Officials reported 3,958 patients are hospitalized with coronavirus—which included 171 new hospitalizations—while 366 patients were discharged. The north tier had 1,969 patients hospitalized, the central 1,210 and the south 779.

Of those hospitalized,1,157 are in intensive care units and 898 on ventilators, the fifth day in a row the total was below 1,000. There are currently 35 patients in field hospitals, with 439 treated overall.

Another 802 cases are still under investigation to determine where the person resides.