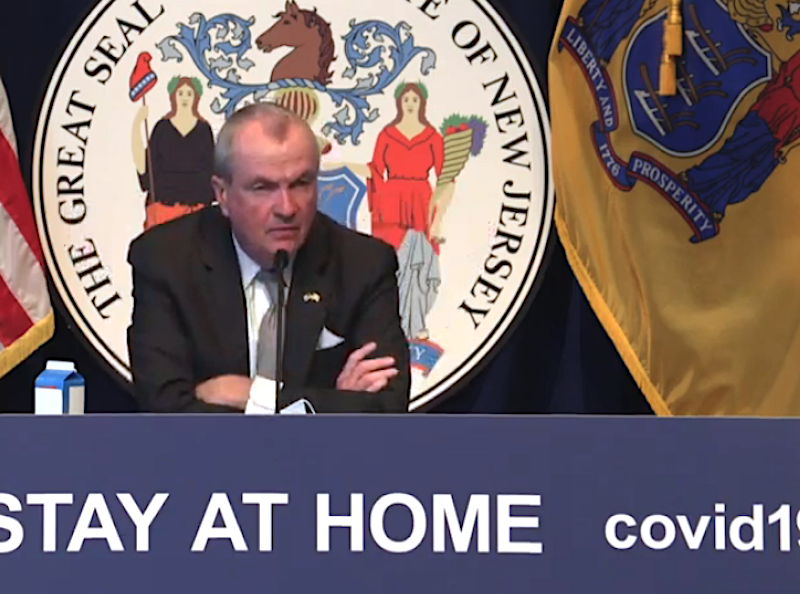 In his first extended remarks since protest were held across the nation over the death of George Floyd and the violence surrounding the marches, Gov. Phil Murphy stated “systemic racism in real.”

Across the U.S., people lined the streets to protest the death of Floyd, a 46-year-old black man who died in Minneapolis in May after a police officer held his knee on Floyd’s neck during an arrest. Peaceful protests in some locations ended with police confrontations, acts of vandalism, looting and violence.

Over 30 protests and marches were held New Jersey over the last weekend of May. Only two resulted in multiple arrests for looting and violence—12 in Atlantic City and 27 in Trenton, according to New Jersey State Police Superintendent Col. Patrick Callahan.

State officials credited the “overwhelmingly positive” protests to the work of activists, faith leaders and local law enforcement agencies working together. Murphy stressed almost all of the marches went off without any issues.

“The fact that so many people have come forward to fight for the most basic principle of human dignity is a powerful reminder of the black and brown experience in America today,” said Murphy. “I support the peaceful protests across New Jersey and throughout the nation.”

The first-term Democratic governor called it a “transformational moment” due to people with privilege recognizing the pain of those without.

“We need to dig a deeper well of accountability and responsibility, and we need to draw from it,” Murphy said. “The unity we displayed this weekend in New Jersey showed the world that we are ready to be the ones to help lead the way, and to fight the sin of racism and the stain it has left on our state and nation.”

“New Jersey can be a leader in bringing the change we need. My administration has been committed to tackling and dismantling systemic racism, but despite our great strides thus far, we know that work is far from over. “

Murphy listed inequalities in economic mobility, healthcare, housing and education as having held back generations of African-Americans. He has regularly noted the higher infection rates of COVID-19 for Black and Hispanics in the state against their population rates during his daily briefings.

“The insidious effects of racism are not new to us, even in New Jersey,” Murphy. “And now, all across our country, people are demanding…change in a way we have not seen in perhaps 30 years. We must listen, and we must act.”

When questioned, Murphy said he is supportive of the protests despite the state’s stay-at-home executive order enacted to limit the spread of the coronavirus. The governor has maintained in the weeks following since signing the executive order that protests taking place should observe social distancing and other health guidelines.

Although most marchers were wearing masks and face coverings, social distancing was oftentimes not adhered to. Murphy believed those protesting his coronavirus policy and those of the past weeked were in “different orbits.”

“I support these protests, and I thank the thousands of residents who peacefully and respectfully took part,” Murphy said. “This was a tragic death in full daylight…a life lost. They were not out there protesting when a nail salon is gonna open. And I will probably get in trouble for saying that.”

Murphy side step reports about President Donald Trump’s call earlier in the day with governor’s that allegedly criticized their handling of the protests as “weak.”

“I will just say I wish there was more about social injustice and what we would do to move forward in the call,” said Murphy.