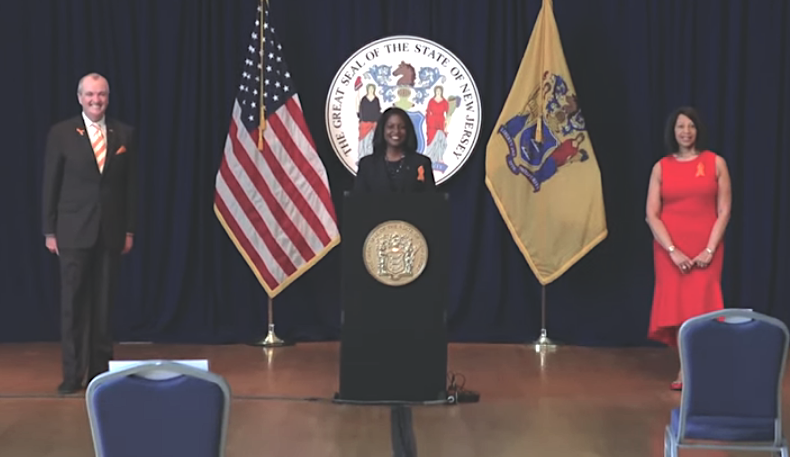 Pierre-Louis is being nominated to fill the seat of Associate Justice Walter Timpone, who will reach the mandatory retirement age of 70 in November. If confirmed, Pierre-Louis would be the third black jurist to take a seat on the state’s highest court and the first in a decade.

“Justice cannot be blind if those who sit on our highest and most powerful bench are not surrounded by colleagues who encompass the full range of the American experience, whether it be racially or generationally, or both,” stated Murphy.

The daughter of Haitian immigrants raised, Pierre-Louis received her bachelor’s degree from Rutgers University-New Brunswick, then proceeded to graduate from Rutgers Law School-Camden with high honors.

“Standing her today, I know that I have truly lived and continue to live the American Dream that my parents came to this country in search of,” Pierre-Louis said.

“I have spent my entire legal career in New Jersey, both private practice, and in government service as an Assistant United States Attorney at the U.S. Attorney’s Office,” said Pierre-Louis, an Irvington native. “It is extremely humbling to have the opportunity to continue the proud tradition of the New Jersey Supreme Court’s commitment to justice, equality, and fairness.”

The 39-year-old Pierre-Louis currently is a partner in the Cherry Hill office of Montgomery, McCracken, Walker & Rhoads, where she worked as an associate in her first three years out of law school, until 2010, and where she returned to last year.

Between stints at the law firm, Pierre-Louis served in the United States Attorney’s Office for the District of New Jersey for over nine years. During her time, she would work in each of the District’s three offices, in Newark, Trenton, and Camden. She was appointed Attorney-in-Charge of the Trenton Office in 2016 and the Camden office in 2018, the first woman of color to ever hold that position at both offices.

Murphy said Pierre-Louis has been described as both a “superstar” and “a unique blend of intellect and humility.”

The first-term Democratic governor said the nomination was not a reaction to the current national discussion around race and systemic bias after the death of George Floyd.

“However, given the challenges which are being brought to the forefront of our society, and the questions which will undoubtedly rise to reach our Supreme Court—core issues of socioeconomic equality and equity—there is no better meeting of an individual and the times,” said Murphy.