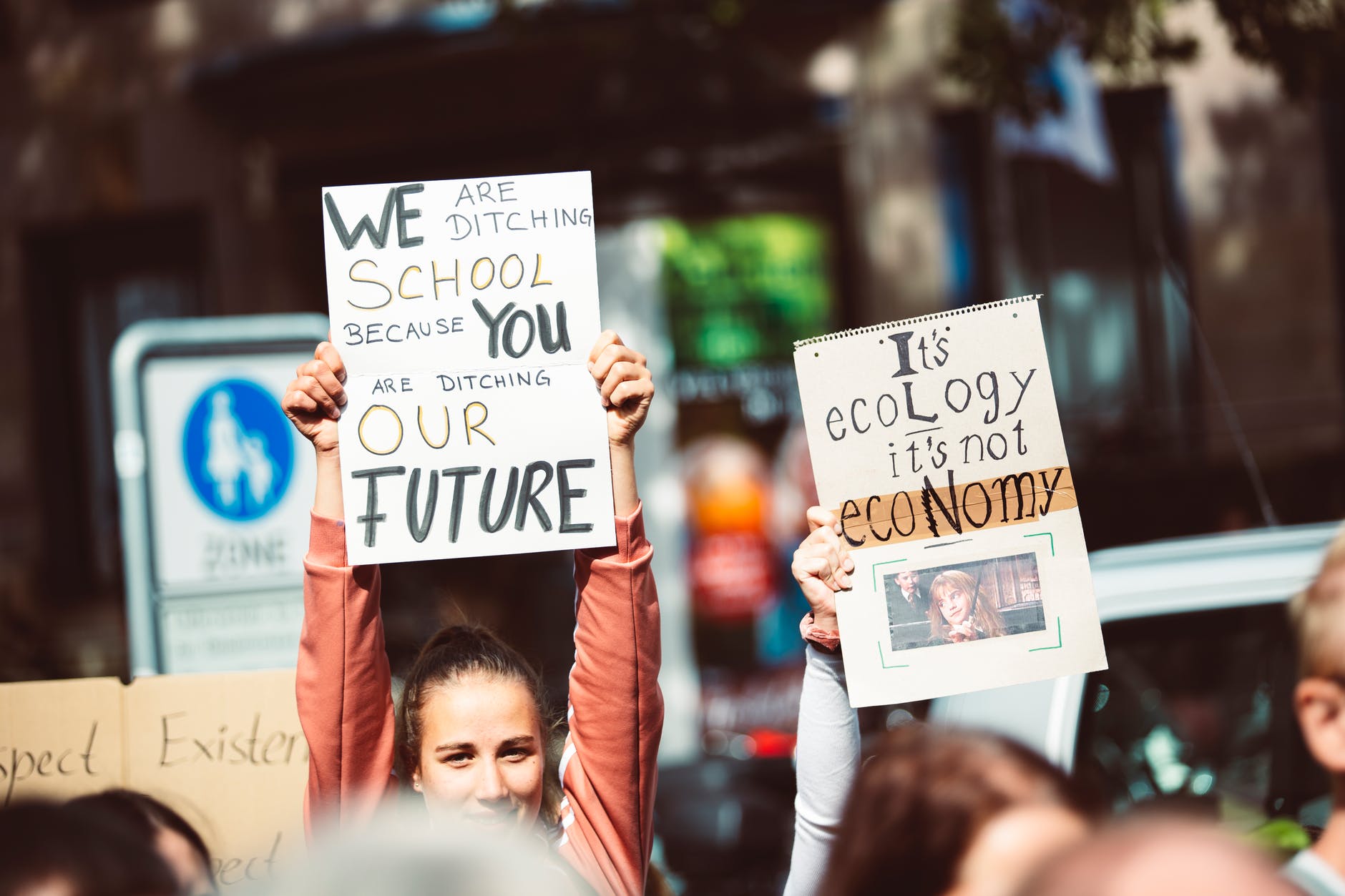 Students in New Jersey will soon be learning about climate change from kindergarten through 12 grade under the state’s new education standards.

On June 3, New Jersey became the first in the country to incorporate climate change education into its K-12 learning standards, which serve as the guidelines for what is taught to the state’s 1.4 million students.

The effort to integrate climate change into the curriculum was led by New Jersey First Lady Tammy Murphy, who has met with more than 130 educators across the state over the past year to review and revisit existing learning standards, a process that occurs every five years.

“In New Jersey, we have already begun to experience the effects of climate change, from our disappearing shorelines, to harmful algal blooms in our lakes, super storms producing torrential rain and summers that are blazing hot,” Murphy said in a statement.

Murphy stated the adoption of these standards is a symbol of a partnership between generations, giving the tools to current students to solve issues related to climate change.

“This generation of students will feel the effects of climate change more than any other and it is critical that every student is provided an opportunity to study and understand the climate crisis through a comprehensive, interdisciplinary lens,” she declared.

Schools are expected to start implementing the new guidelines in September 2021 and will have the flexibility to decide how best to incorporate the standards into lessons.

Guidelines for Mathematics and Language Arts aren’t up for review until 2022, but the state board of education added climate change standards as an appendix to those subjects.

New Jersey Department of Education Commissioner Lamont O. Repollet said, “One of the goals of our learning standards is to ensure New Jersey students are prepared to think critically, analyze data and work collaboratively. These skills will be more important than ever as today’s young minds learn how to address the issue of climate change.”

Marie Blistan, president of the New Jersey Education Association, believes the new curriculum gives students a meaningful understanding of climate change so as seeing the value in working to reduce its negative effects.

“Our students must know what the scientific community knows: climate change threatens our way of life, is driven by human activity, and can be slowed down through intentional, coordinated acts,” said Blistan.

Gore, in a statement, said he was “incredibly proud” of New Jersey.

“This initiative is vitally important to our students as they are the leaders of tomorrow and we will depend on their leadership and knowledge to combat this crisis,” Gore said. “We will need leaders who are not only well educated about the effects of climate change, but leaders who can craft the solutions for climate change and implement those solutions.”

Doug O’Malley, director of Environment New Jersey, said climate change education “should be the expectation for every state” because the “climate crisis is going to impact the students of today over their lifetimes the most.”

“We should give young people a full understanding of all the costs of climate change and the knowledge to help shape our collective actions now,” he said.

Gov. Phil Murphy called the adoption of the new standards “an important step forward” that will help the state create “a catalyst and knowledge base for new green jobs and teaching our children to become leaders who will propel New Jersey forward to 100% clean energy by 2050.”

Cannabis, Hashish-Related Penalties in New Jersey Could be Reduced Under New Bill