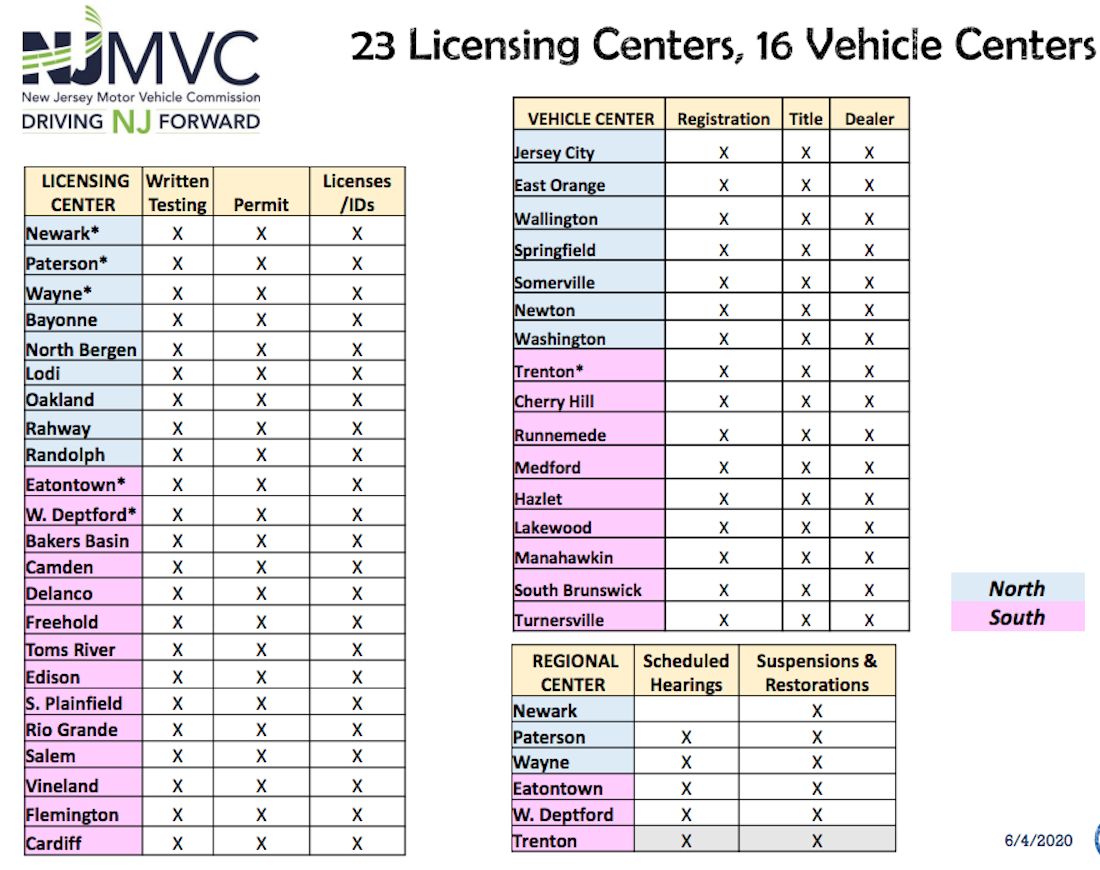 A key state agency set to reopen June 29 will be delayed a week.

The Motor Vehicle Commission (MVC) announced June 26 that in-person transactions scheduled to start on June 29 will be delayed until July 7, while its text notification system undergoes further testing.

Additionally, locations will be closed on Mondays in July to allow the agency to do health and safety assessments of their facilities following each week of expanded activity.

“COVID-19 presents unique problems for all of us, but especially those of us whose operations require people to be indoors,” said MVC Chief Administrator Sue Fulton. “We will not compromise the health and safety of New Jerseyans.”

According to Fulton, issues with a new notification system is the reason for the delay.

“We intended to rely on our new text notification system to check people in, then allow them to leave the building and go elsewhere. Unfortunately, this new system requires further testing, so we will not be able to open as fully as we anticipated on June 29,” said Fulton in a press release.

Texts were to notify customers when they could enter the location to handle their business in person, such as new driver’s licenses and registrations.

“Without the text notification system, the number of people waiting for transactions who will need to be on site will far exceed capacity limitations. We have said that the health and safety of our customers and employees is our first priority; therefore, we cannot put people in this situation,” said Fulton.

The agency will reopen road testing and inspections stations as scheduled on June 29. But those who successfully complete their road tests will have to wait to get their new licenses until July 7, given access to “Road Test” express lanes at every Licensing Center.

In order to limit crowds and speed services during the phased reopening, agency locations were designated into two centers—Licensing and Vehicles.

Drop-off and pick-up transactions were processed starting June 15 with designated licensing centers processing and validating permits from driving schools and high schools on a drop-off basis.

At designated Vehicle Centers, the agency is processing registration and title work from dealers. License plates can be surrendered by drop-off at these agencies in a designated area.