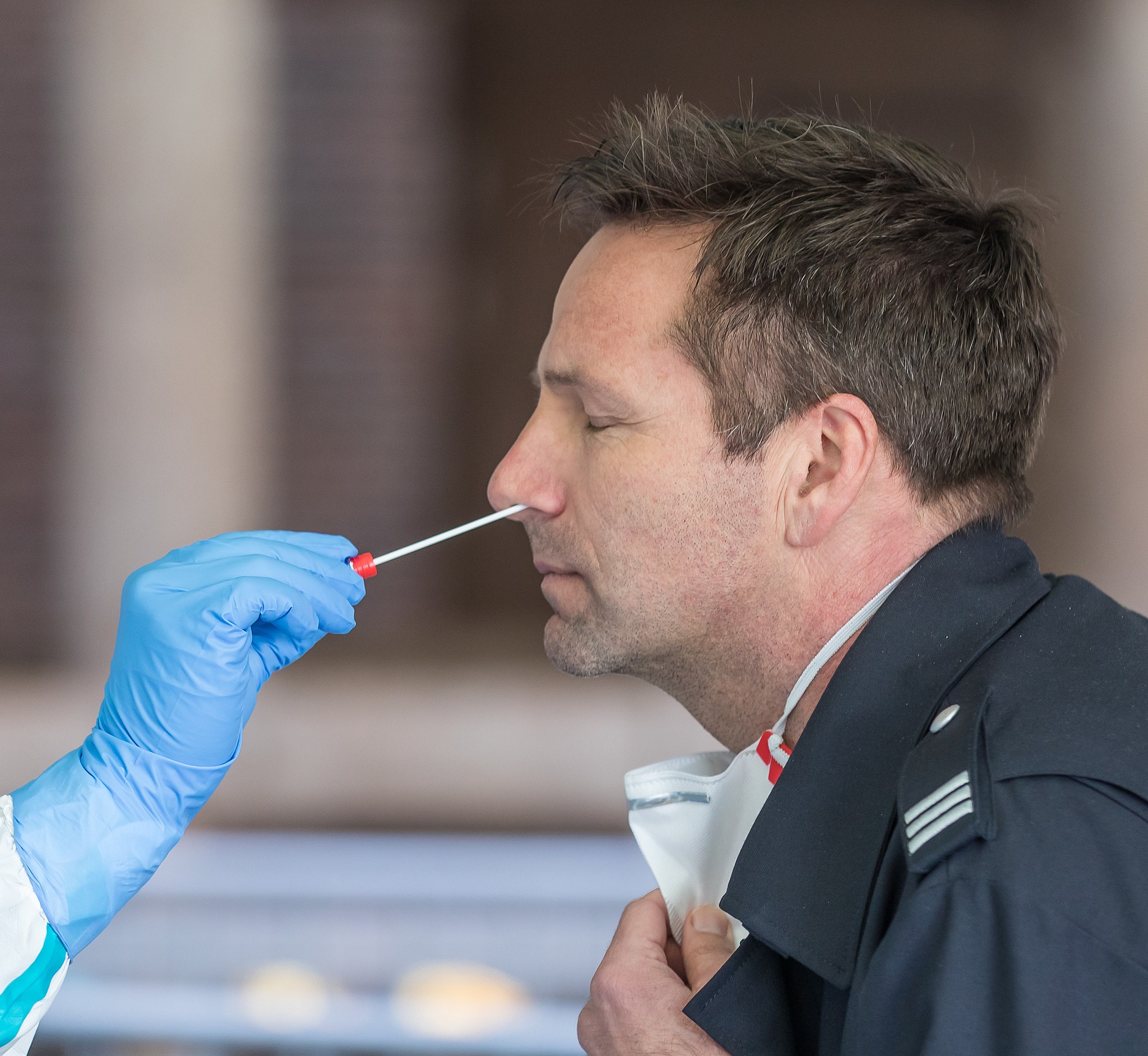 “As fires have raged elsewhere in the country, raw materials have stressed the testing labs and their turnaround time has clearly slowed….since say a month ago. That’s a national reality,” stated Murphy at his press briefing July 10.

“The reagent and the other raw materials associated with testing, that’s become a scarcer resource,” said the governor. “It has slowed the turnaround time down.”

State officials said the continued push to have residents of New Jersey tested falls in line with other actions to reduce the spread of the coronavirus.

“Testing is our best early warning tool for knowing where coronavirus is lurking, so our community contact tracing corps can get to work to stop a flare up before it even happens,” said Murphy. “Testing is how we get the data we need to make the decisions we need to make, to see ourselves and our state through this pandemic.”

Murphy stated testing works best in coordination with the wearing of face masks, social distancing and hand washing to prevent the spread of the virus as there are people in New Jersey who can very easily pass the coronavirus, even though they aren’t showing any symptoms.

The state’s goal is to test 20,000 individuals a day, and as of July 12, a total of 1,685,604 tests have been processed in New Jersey, for both symptomatic and asymptomatic residents. There are currently 244 COVID-19 testing sites across the state where residents can be tested for COVID-19.

State Epidemiologist Christina Tan pointed out the positivity rate gives health officials increased insight into the intensity of the spread of the virus in the community.

“If you’ve got adequate testing and you have a very low positivity rate like what we are seeing right now, in comparison to where we were several months ago, that again is just another metric that shows …we’ve done a really good job,” said Tan. “Everyone’s done a really good job with flattening that curve, with really trying to minimize that spread of the virus in our community.”

The daily rate of infections from those tested as of July 6 was reported at 2.2%, down a full point from July 4. The state is no longer using serology tests as health officials explained those results show a past presence of the disease as well as a current one. By region, the north tested at 1.8%, the central at 2.2% and the south 4.3%.

As for the rate of transmission, it remained steady at 0.98. Officials have continually cited transmission rate and positivity rate as health data they rely on to track how the coronavirus is being contained in New Jersey, guiding them in determining when restrictions have to be tightened or lifted.

Officials reported 890 patients are hospitalized with or are under investigation for having coronavirus while 98 patients were discharged. The north tier had 412 patients hospitalized, the central 254 and the south 224.

Of those hospitalized, 163 are in intensive care units and 86 on ventilators.

Another 665 cases are still under investigation to determine where the person resides.

In regards to the underlying disease of those who have passed, 56% had cardiovascular disease, 45% diabetes, 31% other chronic diseases, 18% neurological conditions, 17% lung diseases, 15% chronic renal disease, 10% cancer and 14% other. Health Commission Judith Persichilli has stated most cases have multiple underlying conditions which would push the percentage of 100%.

Health officials noted 557 long-term care facilities are reporting at least one case of COVID-19 and accounted for 36,926 of the cases, broken down between 24,416 residents and 12,510 staff. The state’s official death total will now be reported as those that are lab confirmed, sits at 6,7222 on July 12. The facilities are reporting to the state 6,611 residents deaths and 119 staff deaths.

OPINION: A Plan to Move Forward Blocked Again by Mitch