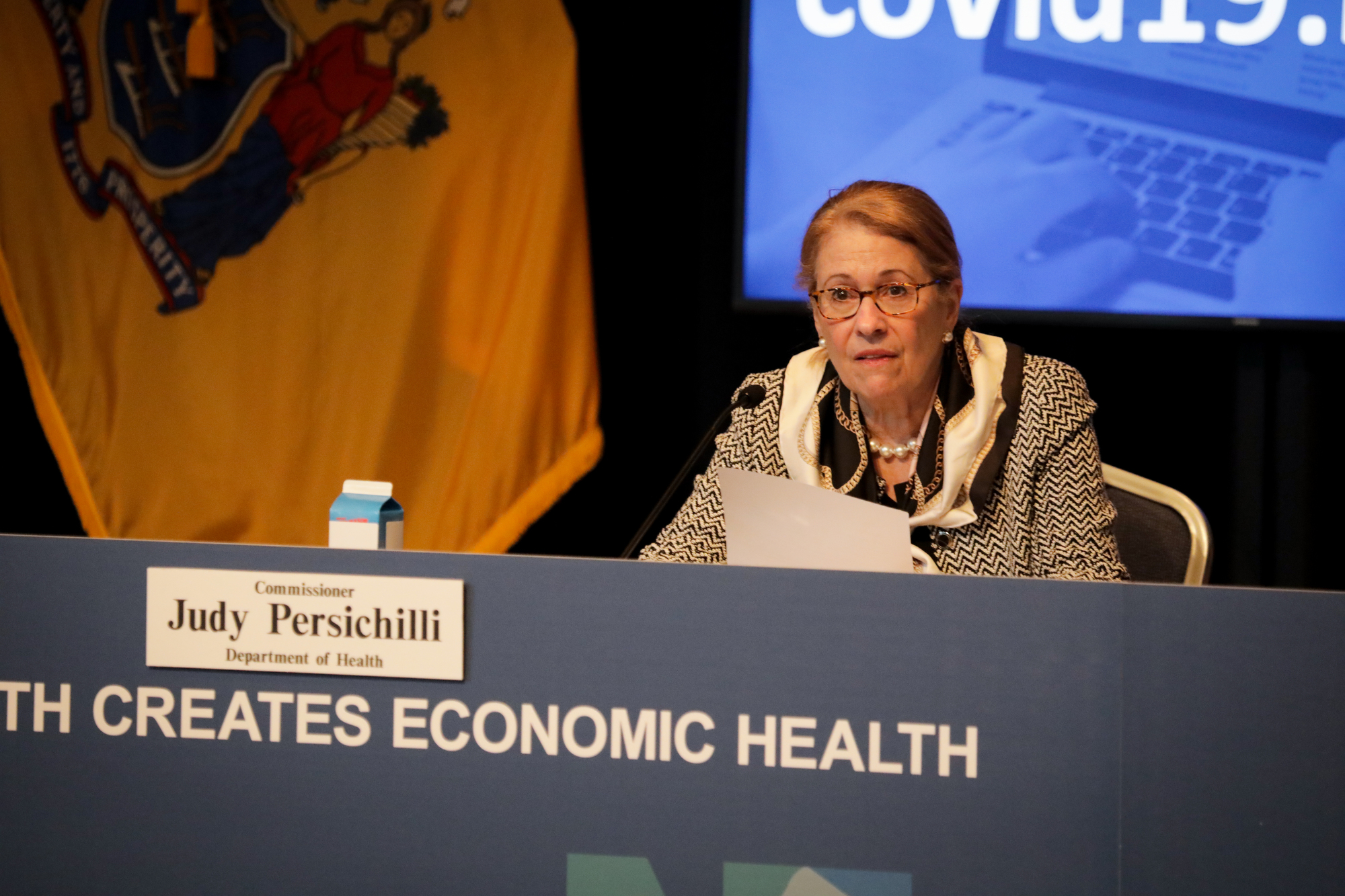 Health Commissioner Judith Persichilli said as COVID-19 infections rise rapidly across the U.S., she wanted to “especially emphasize to our young people that they are not invincible or immune to COVID-19.”

Persichilli said young adults are the fastest growing group of individuals who are testing positive for the virus.

“In New Jersey, we have seen an increase in the percentage of cases between the ages of 18-29,” said Persichilli at a news briefing July 13. “In April this age group represented 12% of cases; that has risen to 22% of the cases in June.”

The state has recorded nearly 24,000 coronavirus cases between the 18-29 age cohort, resulting in more than 730 residents bening hospitalised because of complications and a total of 53 deaths.

Gov. Phil Murphy added the greater concern for younger people is not only for their health “but more likely your passing of the virus to somebody more at risk.”

“People at any age can get severe illnesses from COVID-19,” Persichilli stated. “We need all residents to continue to take precaution and not to just protect themselves but protect all of us.

Persichilli said in other states as well as New Jersey, concerns are being raised about parties held among young people are leading to uptick in cases. She cited the example of Westfield, whose mayor noted a rise in cases connected to graduation and 4th of July parties.

“It is vital that young people understand that they are part of the solution to the slowing of the transmission of the COVID-19,” said the commissioner of health.

Persichilli reiterated wearing masks, washing hands, getting tested and social distancing are all life saving measures that must continue.

“We all have a responsibility to our families, our loved ones and our community to keep up these efforts to protect our health and theirs,” she said.

The department will begin a public service campaign, which will target young adults, those in vulnerable to being infected by the virus  and communities of color that have hard hit to underscore the importance testing and working with contact tracers to help contain the spread of the virus.

Persichilli noted deaths that occurred in hospitals over the weeknd numbered at 20, five on Friday, 11 on Saturday and four on Sunday.

The daily rate of infections from those tested as of July 9 was reported at 1.5%, down from 2.2% on July 6. The state is no longer using serology tests as health officials explained those results show a past presence of the disease as well as a current one. By region, the north tested at 1.3%, the central at 1.1% and the south 3.5%.

As for the rate of transmission, it dropped to 0.91 compared with July 11’s 0.98. Officials have continually cited transmission rate and positivity rate as health data they rely on to track how the coronavirus is being contained in New Jersey, guiding them in determining when restrictions have to be tightened or lifted.

Officials reported 892 patients are hospitalized with or are under investigation for having coronavirus while 71 patients were discharged. The north tier had 402 patients hospitalized, the central 243 and the south 247.

Of those hospitalized, 166 are in intensive care units and 81 on ventilators.

Another 656 cases are still under investigation to determine where the person resides.

State officials are tracking cases of Multisystem Inflammatory Syndrome in children who in turn  test positive for COVID-19. Two new cases were reported July 13, bringing the total at 53 for children ranging in age from 1-18. All have tested positive for COVID-19 or have antibodies in their blood. Two are currently hospitalized. No deaths have been reported from the disease.

Health officials noted currently 439 long-term care facilities are reporting at least one case of COVID-19, accounting for a total of 32,600 of the cases, broken down between 21,619 residents and 10,981 staff.

The state’s official death total will now be reported as those that are lab confirmed, sits at 6,728 on July 13. The facilities are reporting to the state 6,613 residents deaths and 119 staff deaths.