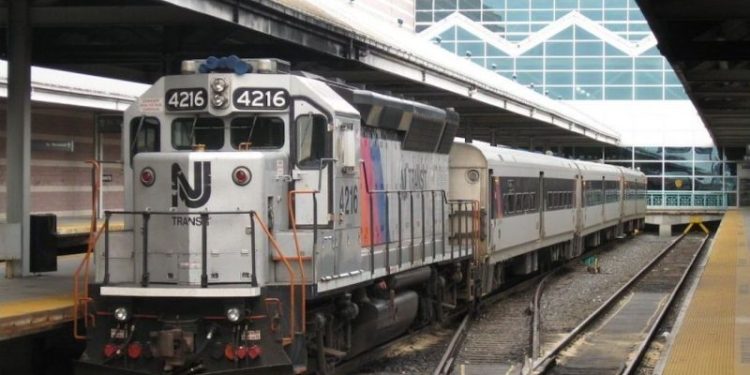 “As we continue on our road back, we are seeing increases in ridership which are quickly approaching 50% of the stated capacity of NJ Transit and private-carrier vehicles,” said Gov. Phil Murphy at a press briefing July 13. “To ensure New Jerseyans can get to and from their jobs and that the system continues operating efficiently, we are allowing our transit providers to resume operations at full seated capacity.”

Additionally, the governor’s executive order mandates face coverings in all NJT and private carrier indoor stations, as well as those outdoor stations where social distancing is not practicable. Murphy said masking up is just not to keep the rider health, but those around them as well.

Murphy was questioned about how riders have expressed concerns about their safety on NJT buses, where mask wearing has been difficult to enforce. Enforcement is currently being handled at the discretion of bus driver and rail operators, but he said New Jerseyans should be following the rules everyone should know by now.

“Do it for yourself and do it for your fellow riders. Do it for the women and men who are making your trip possible,” said Murphy. “If a transit employee asks you to mask up, they’re doing their jobs. Please be respectful to them and your fellow passengers.”

“We expect social distancing and face coverings inside of buses and rail cars, period. And if there is non-compliance, we would love to know about that. I just have to stress that,” said Murphy.

The first-term Democratic Governor said the move was made in anticipation of mass transit being used more as workers across the state beginning to return to their jobs.

“I don’t want folks out there to think that that ridership in every bus and every rail car is blasting through the 50% capacity limits, but as we do get back to work, we anticipate that at least at rush hour, that’s going to be a reality,” said Murphy.

Murphy commented ridership on NJT, particularly on the rail side, is still approximately 80%.

“So by raising the capacities today, I don’t want folks to think that we are snapping back to business as usual,” said the governor. “But we anticipate there will be, at least during rush hours, you’ll get cases where you’re bumping up against or maybe exceeding the 50%.”

Murphy made the case for more infrastructure investment that would help to ease congestion issues on mass transit, such as the funding recently received for The Portal North Bridge and the need for the Gateway Project to be fast tracked. we’ve got in that space.

“In a perfect world, we’d have more tunnels under the Hudson, we could run more trains, and we could keep the capacities lower,” stated Murphy. “That is not the world in which we are in, But in the meantime, in anticipation of the fact at rush hour, we’re going to be starting to bump up against that 50% capacity, we have to call it as it is and that’s the purpose of this.”

As for the rate of transmission, it remained unchanged at 0.91. Officials reported 888 patients are hospitalized with or are under investigation for having coronavirus while 56 patients were discharged. The north tier had 387 patients hospitalized, the central 247 and the south 254.

Of those hospitalized, 149 are in intensive care units and 79 on ventilators.

Another 644 cases are still under investigation to determine where the person resides.

In regards to the underlying disease of those who have passed, 56% had cardiovascular disease, 45% diabetes, 31% other chronic diseases, 18% neurological conditions, 17% lung diseases, 15% chronic renal disease, 10% cancer and 14% other. Health Commission Judith Persichilli has stated most cases have multiple underlying conditions which would push the percentage of 100%.

State officials are tracking cases of Multisystem Inflammatory Syndrome in children who in turn  test positive for COVID-19. Two new cases were reported July 13, bringing the total at 53 for children ranging in age from 1-18. All have tested positive for COVID-19 or have antibodies in their blood. Two are currently hospitalized. No deaths have been reported from the disease.

Health officials noted currently 436 long-term care facilities are reporting at least one case of COVID-19, accounting for a total of 32,415 of the cases, broken down between 21,493 residents and 10,922 staff.

The state’s official death total will now be reported as those that are lab confirmed, sits at 6,754 on July 14. The facilities are reporting to the state 6,61 residents deaths and 119 staff deaths.