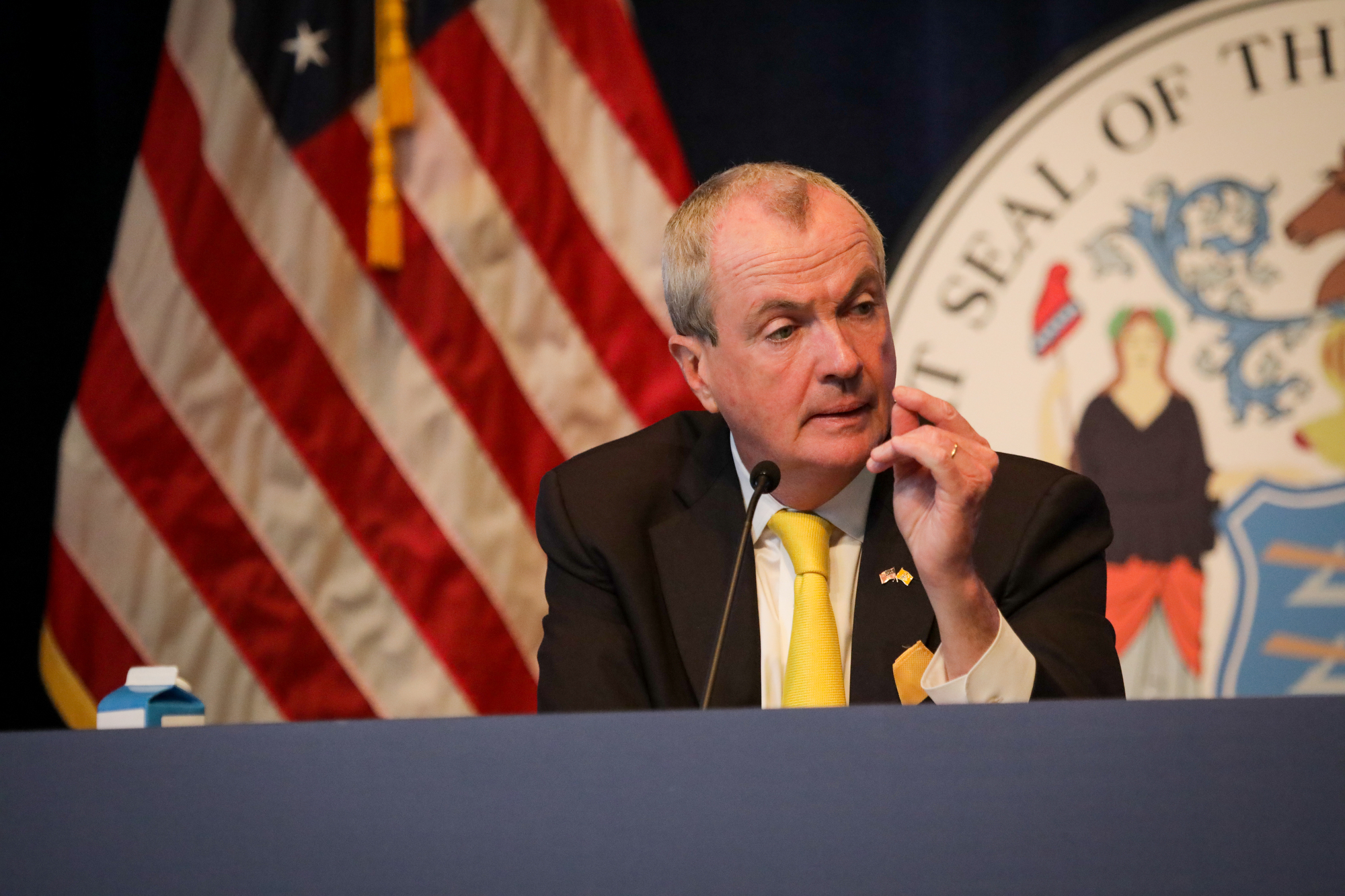 Gov. Phil Murphy, for the second time in as many days, attacked Senate Majority Leader Mitch McConnell’s plan not to offer additional aid to states battling the COVID-19 crisis.

“McConnell’s proposed stimulus bill, which refuses to offer any additional support to states, is a slap in the face to every Governor across the country—Republican and Democrat—who have shouldered the responsibility of responding to this pandemic,” said Murphy at his press briefing July 22.

Later, he declared that “McConnell’s bill will leave millions out in the stifling summer heat to wither…It would hurt the very people who are going to rebuild our country stronger after this pandemic passes.”

The first-term Democratic governor said that it has been easier to work with President Donald Trump when it comes to using federal money and that the HEROES Act passed by the House of Representatives is a blueprint the Senate should be using.

“Even with the hard-fought flexibility for the $2.4 billion that we received from the CARES Act’s Coronavirus Relief Fund…under McConnell’s plan, there would be zero flexibility with any new funding to come,” said Murphy, who noted the flexibility was received after a direct plea to the White House.

The governor pointed out aid to states is a national issue, as the nonpartisan Center on Budget and Policy Priorities estimates states nationwide are facing a combined budget deficit of $555 billion by Fiscal Year 2022.

“Because of this pandemic, we’re undergoing a fiscal crisis the likes of which has only happened twice in our state’s 244-year history—the Civil War and the Great Depression,” said Murphy. “What New Jersey has gotten back is a drop in the bucket compared to our needs. Moreover, you would be hard pressed to find a state that would say anything different.”

The state projects a $9.9 billion-dollar budget hole by June of next year. As a result, Murphy has slashed planned spending for a stopgap budget, used monies from the Rainy Day Fund and directed all state departments to plan for 15% budget cuts starting this fall. Additionally, he has received approval to borrow nearly $10 billion in an attempt to fill budget holes.

Where Aid Would Go To

An example of where the federal aid would be used is to help the more than 120,000 New Jerseyans who have lost their health insurance as well as Medicaid costs that have gone up over the past five months, according to Murphy.

“We cannot ignore our current needs—meeting sharply increased costs for emergency response, public education, public transit, small business aid, and the full range of social services that New Jerseyans rely upon,” he said. “We can not lose one penny of essential federal aid to support these residents. In the midst of a health care and an unemployment crisis, it would be cruel to see them cut out.”

Murphy highlighted the educational funding lost would hurt the state’s ability to fully support school districts in the upcoming school year without help from Washington.

“We’re staring at a $1 billion cut in aid to our public schools and we’ll have to further cut operating aid to our struggling colleges and universities, which we’ve already cut by over $200 million,” said the governor.

The comments at the press briefing come a day after the Democratic Governors Association released a statement from Murphy, who is the association’s chair.

Murphy is quoted that “the Republican coronavirus relief proposal leaves states and cities behind. If Congress does not give states the direct relief we need to shore up our budgets, it will do untold damage to our economies and undermine our response to COVID-19…States are leading in this crisis, but we need the federal government’s help to make sure we can keep the fight up in the coming weeks and months, and we need it now.”

State officials warned the numbers are expected to increase in the coming days due to problems receiving data from Quest labs.

The daily rate of infections from those tested as of July 18 was 2.5%, declining from 2.8% two day earlier. The state is no longer using serology tests as health officials explained those results show a past presence of the disease as well as a current one. By region, the north tested at 1.4%, the central at 1.4% and the south 3.0%.

As for the rate of transmission, it remained at 0.90, although Murphy noted the issues with data collection makes this number an approximation. Officials have continually cited transmission rate and positivity rate as health data they rely on to track how the coronavirus is being contained in New Jersey, guiding them in determining when restrictions have to be tightened or lifted.

Officials reported 873 patients are hospitalized, with 423 confirmed cases and 450 patients under investigation for having coronavirus. The north tier had 390 patients hospitalized, the central 244 and the south 239.

Of those hospitalized, 151 are in intensive care units and 77 on ventilators, while 69 patients were discharged.

Another 682 cases are still under investigation to determine where the person resides.

State officials are tracking cases of Multisystem Inflammatory Syndrome in children who in turn  test positive for COVID-19. Two new cases were reported July 22, with the total remaining at 55 cumulative cases for children ranging in age from 1-18. All have tested positive for COVID-19 or have antibodies in their blood. Two are currently hospitalized. No deaths have been reported from the disease.

Health officials noted currently 369 long-term care facilities are reporting at least one case of COVID-19, accounting for a total of 27,495 of the cases, broken down between 18,112 residents and 9,383 staff.

The state’s official death total will now be reported as those that are lab confirmed, sits at 6,852 on July 22. The facilities are reporting to the state 6,665 residents deaths and 118 staff deaths.