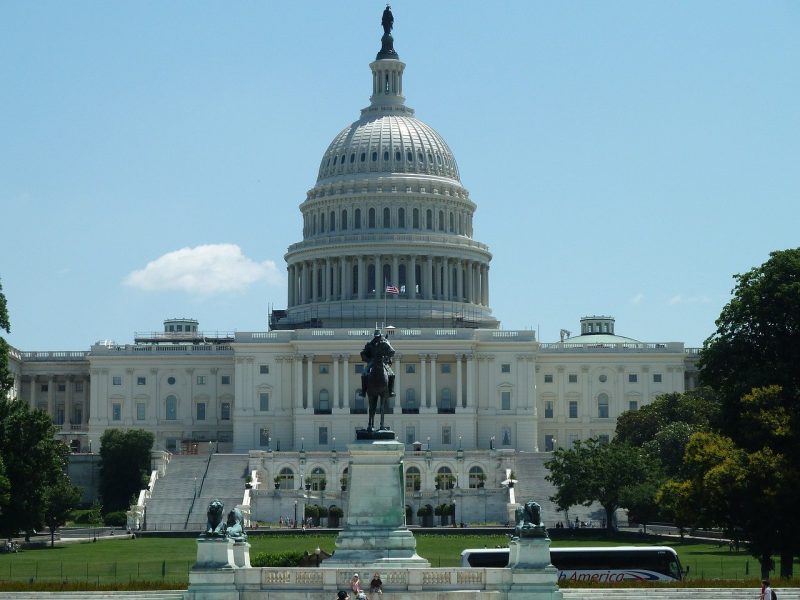 Several measures proposed by North Jersey lawmakers were included in a $740.5 billion defense policy bill approved this week by both the U.S. Senate and House of Representatives.

It includes a 3% pay raise for U.S. troops, sets aside billions for Department of Defense research on a COVID-19 vaccine and requires the military to remove the names of Confederate soldiers and leaders from all military bases.

But President Donald Trump has threatened to veto the bills.

Rep. Josh Gottheimer inserted a measure to combat foreign terrorist organizations from spreading extremist propaganda on social media was included with the bill passed by the House on July 21 in a vote of 295-125.

Under the proposal, the Secretary of Defense, in coordination with the Secretary of State, would be required to report to Congress on the use of online social media by State Department-designated Foreign Terrorist Organizations and the threat posed to national security.

Gottheimer has pushed for the requirement since last fall, when he, along with fellow House members, requested Twitter remove all content posted by known terrorist groups. In response, Twitter suspended some content from its platform but recent reports have emerged showing Facebook accounts linked to ISIS are still evading detection, which Gottheimer said is “allowing them to continue to generate extremist content online.”

“There is simply no reason why terrorist organizations, that have killed countless Americans and our allies, deserve access to social media platforms to promote themselves as sponsors of violent, radical, hate-filled extremism,” Gottheimer said in a July 21 statement.

“A bipartisan initiative I’ve led in Congress over the past year has had success in pushing Twitter and other social media networks to suspend terrorist content from their platforms, including accounts affiliated with Hamas and Hezbollah—but plenty of terrorist content remains and we must remain vigilant.”

Another Gottheimer-backed proposal included within the bill would require the Department of Defense to prepare an annual report analyzing the nationwide cost of living for military families impacted by the State and Local Tax (SALT) deduction cap.

The 2017 Tax Hike Bill capped the deduction at $10,000, which, Gottheimer said, “has negatively affected thousands of New Jersey families.” Since then, the congressman has fought to fully reinstate the deduction to help lower taxes, increase property values and ease financial stress on families.

“New Jersey has a lot of things going for it—the best schools and students, top-notch businesses and workers, unparalleled research institutions, safe communities, and a great quality of life. But there’s no question that kneecapping the SALT deduction has hurt New Jersey and our families by raising our taxes, lowering our property values, and making the cost of living unaffordable for far too many — including our brave service members and civilian Defense Department employees,” he said.

Several provisions proposed by Sen. Bob Menendez are included in the Senate’s version of the bill approved by a 86-14 vote on July 23.

For New Jersey, the NDAA sets aside $22 million for a new munition storage facility at Joint Base McGuire-Dix-Lakehurst, $15 million to construct a New Jersey National Guard readiness center and military housing improvements.

Under the proposal, $5 billion would be spent on a federal study on exposure to perfluoroalkyl and polyfluoroalkyl substance (PFAS) contamination in drinking water being conducted by the Agency for Toxic Substances and Disease Registry (ATSDR) at the Centers for Disease Control and Prevention (CDC). New Jersey has significant exposure to PFAS contamination, including in areas near military installations, like Joint Base McGuire-Dix-Lakehurst and in other communities around the state, according to Menendez.

“I am proud to vote ‘yes’ on a comprehensive, bipartisan bill that enhances the Joint Base’s mission, supports our brave men and women in uniform, helps our Vietnam veterans get the care they need, assures congressional oversight over key issues of foreign policy and national security and takes long overdue steps to remove symbols of hate that commemorate our nation’s racist legacy and the Confederate traitors who sought to uphold it,” Menendez said.

In a July 23 statement, the senator said, “We not only need to ensure military readiness to confront the serious threats facing our nation, but also set an example to the rest of the world by making clear what America stands for.”

Other key aspects in the Senate bill include $69 billion for the Pentagon’s separate war account; $25.9 billion for national security and nuclear weapons programs run by the Energy Department; $1.4 billion for the coming year on a new Pacific Deterrence Initiative, which aims to bulk U.S Military in the region to deter China; $1.0 billion to buy 91 Lockheed Martin-built F-35 fighters; $21.3 billion for the U.S. Navy to build seven warships; and $44 billion for Department of Defense vaccine and biotechnology research to respond to the COVID-19 pandemic and other infectious diseases

Now that both bodies have passed versions of the bill, negotiators will meet to compromise on a final draft.

But President Trump has repeatedly indicated he would veto the bill if it includes a provision to remove Confederate names from military bases.

Trump’s administration “strongly objects” to the section of the bill that “would require renaming of any military installation or defense property named after any person who served in the political or military leadership of any armed rebellion against the United States. Over the years, these locations have taken on significance to the American story and those who have helped write it that far transcends their namesakes.”

“The Administration respects the legacy of the millions of American servicemen and women who have served with honor at these military bases, and who from these locations have fought and died in two World Wars, Vietnam, the War on Terror, and other conflicts,” the statement said.

His administration “also has serious concerns about provisions of the bill that seek to micromanage aspects of the executive branch’s authority, impose highly prescriptive limitations on the use of funds for Afghanistan, and otherwise constrain the President’s authority to protect national security interests. Many of these provisions would pose significant challenges to continued execution of the National Defense Strategy.”

The Republican-controlled Senate’s vote is enough to override a presidential veto.