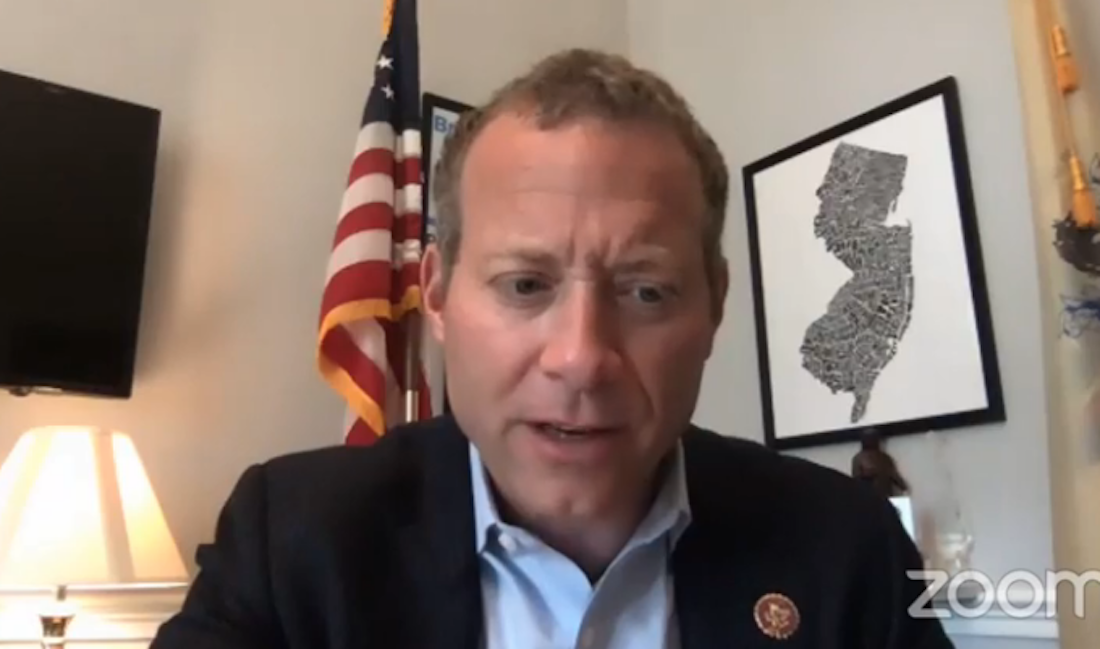 County and towns in Rep. Josh Gottheimer’s 5th Congressional District have received a total of $3 billion in federal investment from the bipartisan CARES Act.

“The CARES Act has benefited families in every single town, all 79 in my district, and hundreds of millions of dollars to…Sussex, Warren, Passaic, and Bergen counties,” said Gottheimer in a Zoom press conference July 28.

“From early on, North Jersey was in the eye of the COVID-19 storm—with both a health crisis and an economic crisis,” said Gottheimer. “The CARES Act was one of Congress’s major economic relief bills that was signed into law in March.”

Sussex County has received $220 million in PPP, Economic Impact Payments of $112 million, and federal unemployment payments of $80 million. Additionally, grants of $10,000 for Sussex Airport, $1.2 million for Sussex County Community College and $22,000 to the Newton Housing Authority were received since the outbreak.

Warren County was allocated $163 million in PPP monies, Economic Impact Payments of $85 million and federal unemployment payments of $51 million. Grants distributed include $30.0 million to St. Luke’s University Health Network, $9.0 million to other high-impact hospitals in the county, approximately $2.0 million to Warren higher education institutions, and just over $137,000 to the Warren County Housing Authority.

For Bergen County, the county received a total of nearly $2.6 billion in PPP money, $681 Economic Impact Payments and federal unemployment payments of $517 million. Grants distributed in the county include $234.0 million to high-impacted hospitals, $37.2 million to higher education institutions, $20.0 million to safety-net hospitals, a $1.2 million FEMA grant to Bergen County Office of Emergency Management, about $787,000 to the Bergen County Housing Authority, $153,000 to Housing Authority of the Borough of Lodi and approximately $136,000 in Assistance to Firefighters Grants.

In Passaic County, it has received $862 million in PPP funding, Economic Impact Payments of $339 million, and federal unemployment payments of $336 million. Among the grants the county received are $30,000 for Greenwood Lake Airport and about $180,000 for the Passaic County Public Housing Agency.

Gottheimer stated North Jersey is continuing to face major battles to make sure every resident is protected from this virus and the fight to get our local economies, businesses, and communities back on track.

“We’ve seen what’s needed for us to survive and recover—the CARES Act investment (are) helping—but I’m making sure we’re fighting to claw more resources back for our communities,” stated the second term Democratic. “This will all help ensure our best days are ahead of us.”

The congressmen expressed his support for two bill ways making their way through Congress—The SMART Fund and the Heroes bill passed by the House—that differs from the Republican offering in the U.S. Senate that provides zero dollars for states or local municipalities.