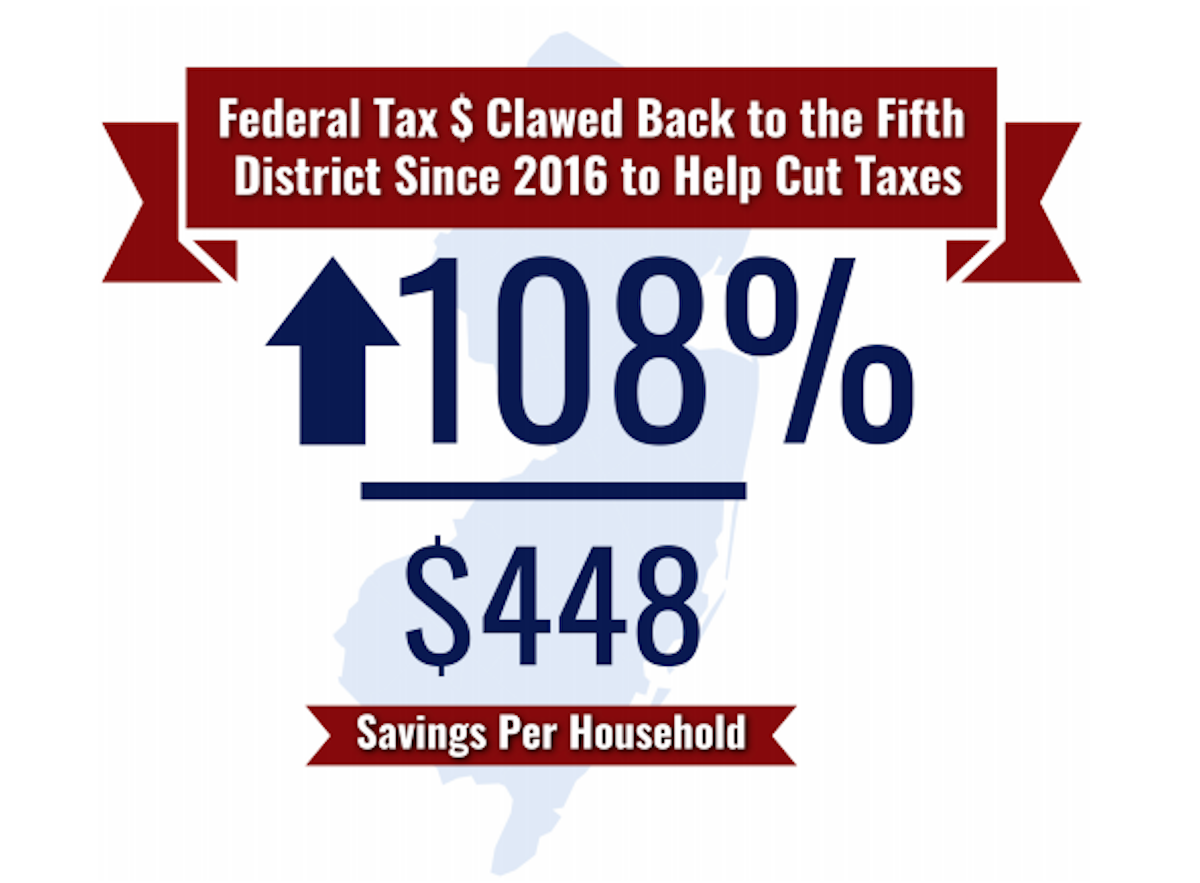 Rep. Josh Gottheimer admonished GOP senators who treat New Jersey as a “piggy bank” but are balking at helping the Garden State as it attempts to recover from the COVID-19 crisis.

Gottheimer comments came during a zoom conference Aug. 12 focusing on grants the Congressional 5th district has received since he was elected in 2016, a return 108% of federal tax dollars to the district.

“Jersey has been treated like the Moocher States’ piggy bank—by paying everyone else’s tab for their roads, bridges, and first responders, while our taxes keep going up,” said the congressman. “It’s a joke and it’s why we are fighting so hard for these grants and resources, to help even the playing field here.”

Gottheimer turned his focus on Senate Majority Leader Mitch McConnell (R-KY) and other GOP senators, calling it “a travesty” for those who have balked at including more funds for states and municipalities at the center of the coronavirus storm.

“With the latest COVID package negotiations, the fact that the Senate Majority Leader and others from Red States—from Moocher States—are refusing to help states like ours during the COVID pandemic is absolutely absurd,” he said. “We are always there for them during a hurricane, flood, tornado—you name it —and we reach into our pockets to support their families. It’s only right that they do the same.”

The congressman said he is still working to fully reinstate the State and Local Tax (SALT) deduction as well as revising transportation funding formulas in order to reduce the tax burden on New Jersey residents. The most recent House-passed relief package would reverse the SALT provision of the 2017 Tax Hike Bill.

“(Reinstatement would) stop the double taxation on our families,” he said “I’ve now helped pass two bills in the House to fully reinstate it, but we’ve been waiting on the Senate to act. Crickets.”

Gottheimer characterized that current transportation funding formulas “whack(ing) New Jersey out of federal infrastructure investment, and my Anti-Moocher legislation makes it clear that states like ours, that pay more in federal taxes, should get back more. Mississippi and Alabama get back $4.38 and $4.32 for every dollar they send to Washington and New Jersey gets back 67 cents.”

The two-term Democratic congressman noted with the current crisis stretching local budgets coupled with severe revenue shortfalls, the importance for towns to apply for federal grants has grown.

“While helping lower our property taxes has always been a focus of mine, clawing more of our federal dollars back to the Fifth District is now more important than ever,” said Gottheimer. “Thanks to utilizing grant opportunities in ways North Jersey hasn’t in decades, we’re working together to lower the property tax burden on our residents and to support our local communities.”

While return on investment is a term more commonly used in business, Gottheimer has made this a focus for the communities in the 5th Congressional District. His office has hired a Director of Return on Investment who is responsible for finding federal grant dollars, working with towns and nonprofits to apply for the federal funds.

As a result, in the four years that Gottheimer has served North Jersey, communities in Bergen, Passaic, Sussex and Warren are getting back more than what they have put in.

“Working together with mayors, councils, first responders, colleges, nonprofits, and religious institutions, and we are now up more than 108% in our federal tax dollars we’ve clawed back to Jersey, helping to lower our property taxes and improve the Fifth District,” stated Gottheimer.

According to the congressman, the federal tax dollars clawed back in 2019 average out to a savings of $448 for each household in the four counties.

Among the federal programs Gottheimer highlighted include: