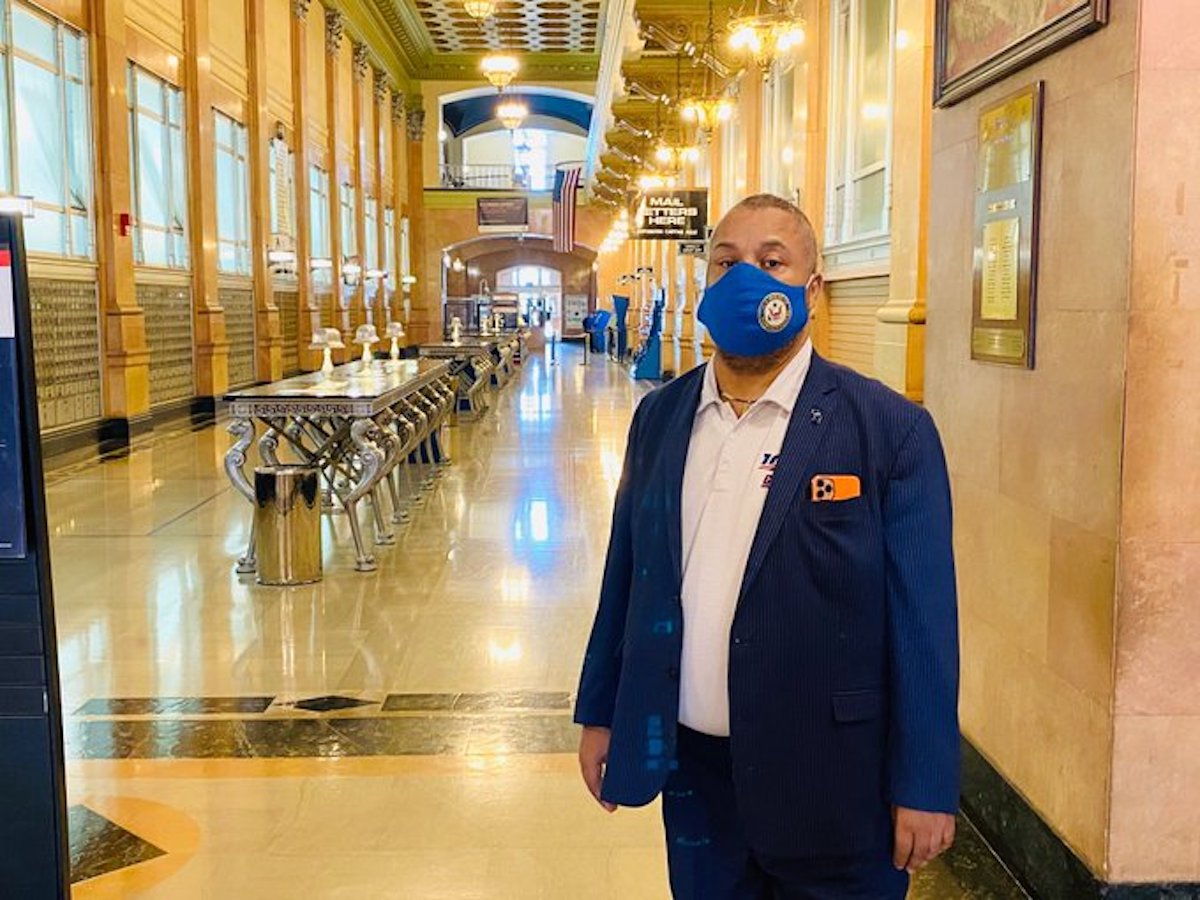 Rep. Donald M. Payne, Jr., visited three New Jersey post offices in his district to get a first-hand view and account of how the U.S. Postal Service (USPS) was contending with issues stemming from Trump Administration orders.

The visits were ahead of plans to vote on two bills to restore postal service and delivery to pre-COVID-19 levels, and to provide USPS with $25 billion in emergency funds as postal deliveries increase in importance.

“I’ve said many times that the Post Office must be protected at all costs,” said Payne in a press statement. “Support for the Postal Service should never be a political issue.”

Stops in Newark, Orange, and Union

The congressman spoke with USPS officials at Newark, Orange, and Union branches. He spoke with managers and workers personally to learn about the hardships they were facing, which the Congressman attributed to the Trump Administration.

“The Trump Administration wants to limit effective mail service to try and create distrust in mail-in voting during the 2020 election. President Trump knows our carriers and post office workers get the job done when they are given the right tools and funds,” he said.

In recent weeks, Payne had written or co-signed four letters regarding the Postal Service in the pandemic era and the need for funds. Letters were sent to House leadership, Postmaster General Louis DeJoy, and others.

Payne noted the legislation gained strong support in the House following the Trump Administration’s admission that it would attempt to limit the effectiveness of the postal service during the 2020 election.

DeJoy took the office June 15, and a presidential memo reassigned 23 executives to give him unprecedented control of USPS. Payne argued his movements to slow delivery by dismantling sorting machines and limiting overtime, among other actions.

“I will continue the fight to stop Trump’s attempts to hamper this very American institution and get all Americans the quality service they expect from their local Post Office,” he said.

Two of Payne’s colleagues examined the issue as well in their district. Rep. Mikie Sherrill released a statement saying she was ” deeply disturbed” by reports of the removal of mailboxes in Morristown.

“I’m deeply disturbed by reports around the country and here in the 11th District about slowdowns at the USPS,” said Sherrill. “Americans depend on the USPS, and the Postmaster General’s recent policies are placing an undue burden on our citizens: veterans are waiting weeks for prescriptions to be delivered, people are seeing their credit scores drop because payments sent through the mail are delivered late, and small businesses already reeling from the pandemic are unable to reach their customers or receive materials as they normally would.”

Rep. Josh Gottheimer made a stop in Paramus on Aug. 18, echoing many of the calls Payne had made, arguing the actions of the Postmaster General were hurting Americans at large and some of New Jersey’s veterans, seniors, families, and small businesses specifically.

“By tampering with the mail in order to slow down the delivery of absentee and mail-in ballots, the Postmaster General’s actions to sabotage the USPS are impacting the health, safety, and economic security of North Jersey veterans, seniors, families and our small businesses,” said Gottheimer.