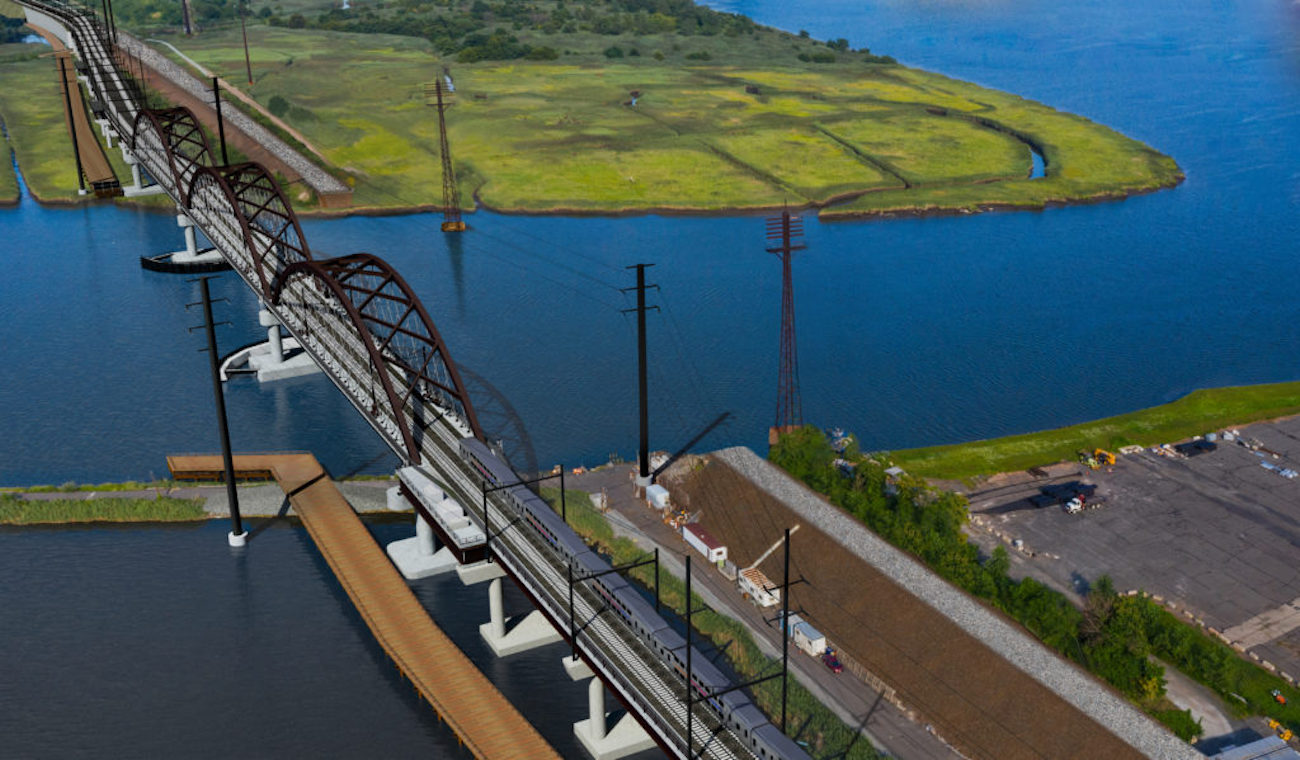 A contingent of New Jersey’s legislators in Washington, DC, applauded $248 million intended for the Portal Bridge project, despite threats of a veto from President Donald Trump.

“This funding is critical to advance the Portal Bridge replacement and provide much-needed relief to delay-weary commuters on the Northeast Corridor, and it’s a testament to the unrelenting efforts of our congressional delegation to overcome unprecedented roadblocks put up by the Trump Administration,” said Sen. Menendez, the ranking member of the Senate’s transit subcommittee.

Rep. Payne added, “The new Portal North Bridge Project will create jobs and improve transportation for thousands of workers and families in both states.  It is a critical bridge for all Americans who travel the Atlantic coast.”

The 110-year-old Portal Bridge often malfunctions, causing a jam on trains traveling between Boston and Washington, DC. Funding was first announced for the project in June.

Sires, who represents Kearny and sits on the House Committee on Transportation and Infrastructure, said securing the funding is needed despite the threat of a Presidential veto.

“I am pleased that this much needed funding for the North Portal Bridge replacement project has been awarded (for) our efforts to improve this critical infrastructure. This $248 million award will help reconstruct the bridge which is over 100 years old, and will benefit the 200,000 daily passengers that rely on it,” said Sires.

“Thanks to Gov. Phil Murphy and the work of our delegation, New Jersey has done its part and this funding from the federal government will help us get moving on a needed construction project that will create new jobs. Our commuters have waited long enough for relief,” said. Rep. Pascrell.

A Further Push for the Gateway Project

The funding was made available from additional appropriations the congressional delegation fought to provide the CIG program in fiscal 2018 and fiscal 2019.  The funding was specifically focused for the Gateway Project.

“While this federal investment is welcome news, we must continue to fight for long-term solutions to replace our crumbling infrastructure by moving projects like Gateway forward in order to help ensure commuter safety and increase our economic competitiveness,” said Sen. Booker.

“I applaud the work that the New Jersey delegation has done together to secure this funding, and will continue to work to ensure that we move forward on Gateway,” continued Rep. Sherrill.