OPINION: For the Democrats, Joe Biden. For the Republicans, Donald J. Trump. For America, a Choice

by North-JerseyNews.com
in Opinion
0 0
6 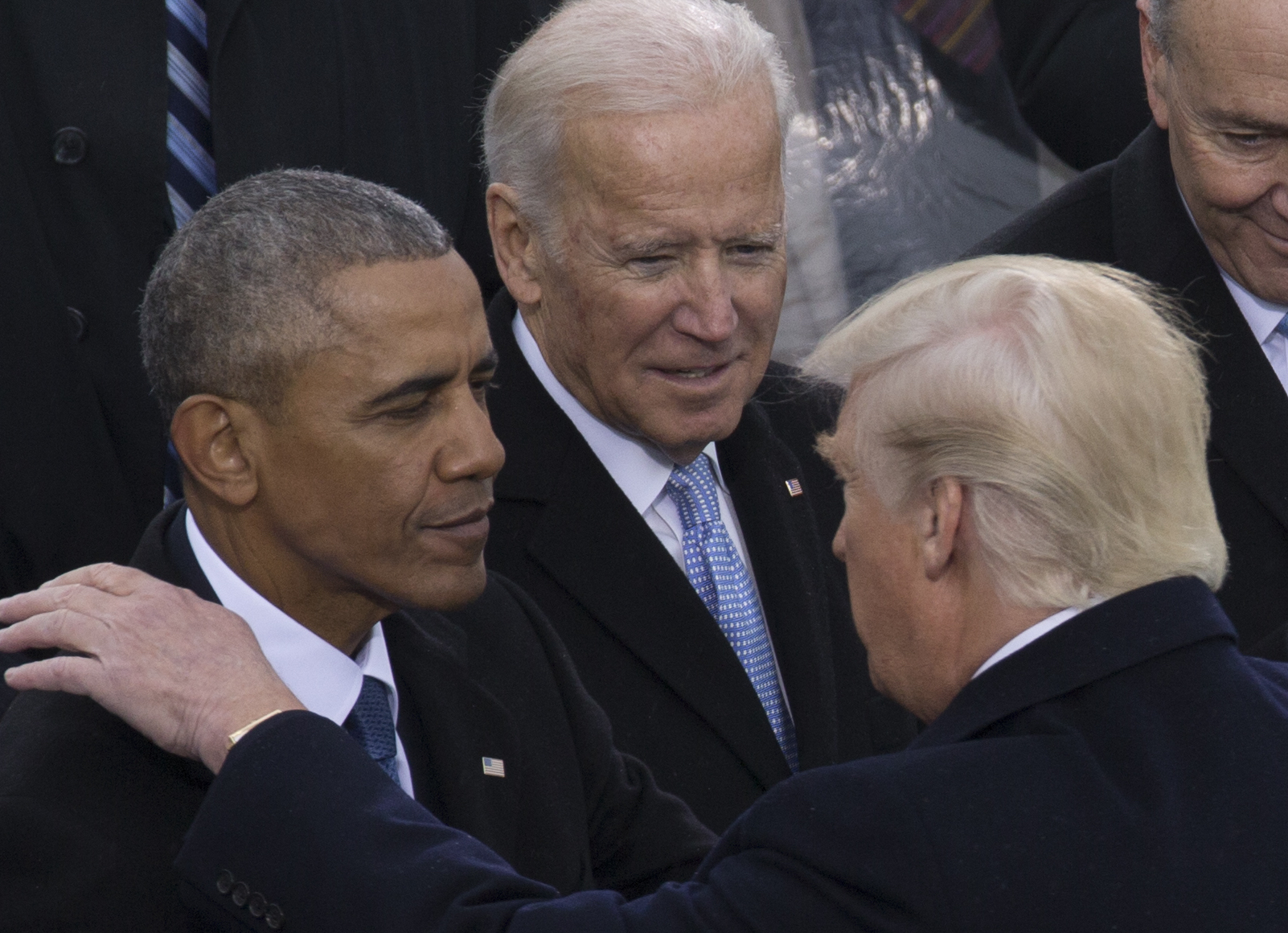 President Donald J. Trump shakes hands with the 44th President of the United States, Barack H. Obama during the 58th Presidential Inauguration at the U.S. Capitol Building, Washington, D.C., Jan. 20, 2017. More than 5,000 military members from across all branches of the armed forces of the United States, including Reserve and National Guard components, provided ceremonial support and Defense Support of Civil Authorities during the inaugural period. (DoD photo by U.S. Marine Corps Lance Cpl. Cristian L. Ricardo)

Elections are ultimately an attempt to convince the voter of competing visions of America and how to improve it.

Those visions in a Presidential election are highlighted by the nominee’s speech and the approval of the party’s platform.

For the Republicans, it is supporting Donald Trump at all costs.

Ok, it is a little more nuanced than that. But instead of a new platform, the GOP’s national committee is running back the 2016 platform. The only difference was a one-page press stating the party “unanimously agreed to reassert the Party’s strong support for President Donald Trump and his Administration.”

This week, the GOP support went as far as helping President Trump break Federal law to deliver his acceptance speech at the White House in front of an audience that disregard face masks and social distance protocols used throughout the U.S.

The settings where Joe Biden and the President accepted their party’s nomination were as different as their priorities.

In his 25-minute address in a sparse hall in Delaware, Biden made his case on how he would confront the economic and health crisis resulting from that pandemic that has killed 170,000 and rising of our fellow citizens, tackling social injustice for communities of color and restoring the U.S.’s standing in the world.

Not once did he mention Donald Trump’s name, just his title of President.

To a battered nation, Biden said that “May history be able to say that the end of this chapter of American darkness began here tonight as love and hope and light joined in the battle for the soul of the nation.”

Conversely, Presidents Trump’s speech attempted to make the case that the second term of his administration would restore the greatest economy in history, defend America against all threats and “rekindle faith in our values, new pride in our history and a new spirit of unity that can only be realized through love for our great country.”

The over hour-long speech theme was best summed up by the following passage:

“This election will decide if we save the American dream or whether we allow a socialist agenda to demolish our cherished destiny. Your vote will decide whether we protect law-abiding Americans or whether we give free rein to violent anarchists and agitators and criminals who threaten our citizens.”

Left unsaid—and the biggest hurdle he will have to overcome—is that the problems facing the country have happened under President Trump’s stewardship. He appears set to run a campaign as if Joe Biden currently resides in the White House and is the cause for all of what currently ails the United States.

As the incumbent, the onus will be on President Trump, who appears to be running as a law-and-order President who will attempt to make the case that “Joe Biden is the Trojan Horse of the radical left.”

If President Trump can not convince voters that he will be the one to fix the issues of the day that have happened on his watch, he will hear on Nov. 3 from the voters that “You’re fired!”