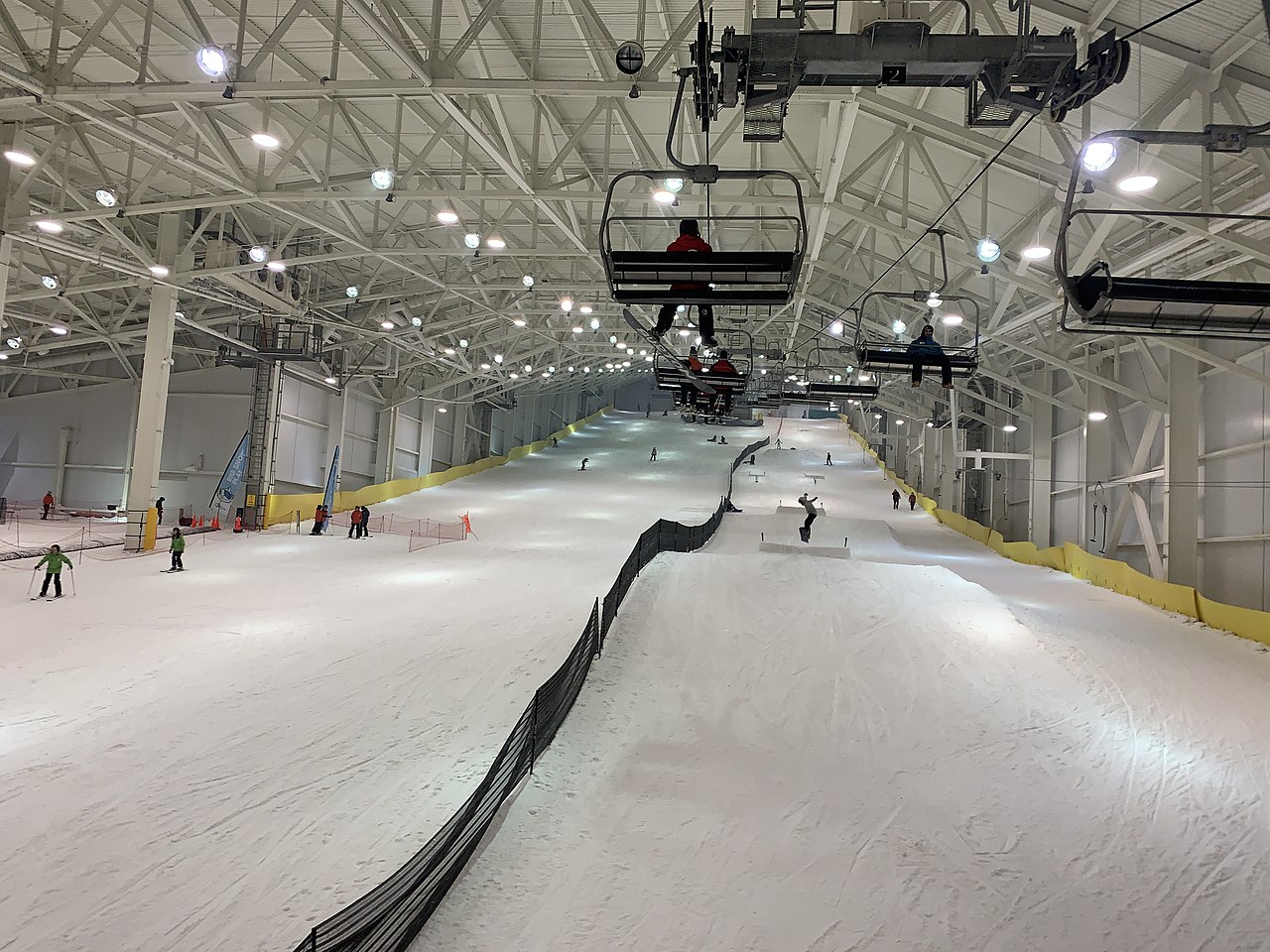 The American Dream is alive again.

Retail shops and indoor entertainment experiences at the Triple Five Group-owned American Dream Mall in the Meadowlands will open their doors Oct 1.

Among the retailers expected to open their doors for the first time are H&M, Primark, and ZARA. On the entertainment side, DreamWorks Water Park, Nickelodeon Universe, Out of This World Blacklight Mini Golf, and The Rink will welcome patrons.

Gov. Phil Murphy recently announced indoor amusement centers, like American Dream, could reopen Sept. 1. The only attraction that has opened so far at the East Rutherford mall is Big Snow American Dream.

The property was only open for six months before the coronavirus pandemic shut it down in March, just as the mall was prepared to launch its retail wing and indoor water park.

In order to reopen, the company said it enlisted health and safety experts to develop?in-depth health and safety plans for the property and each of their attractions and retailers.?Their COVID-19 Health & Safety plan?follows?guidelines?from?governmental agencies, as well as the Centers?for Disease Control?and Prevention?(CDC), in partnership?with Hackensack Meridian?Health.

Among the protocols for those entering the mall include face coverings required for entry, reduced capacities throughout American Dream and at each attraction, increased sanitizing and disinfecting throughout common areas, hand sanitizer stations and hygiene reminders installed throughout and physical distancing guidance, including ground markings, plexiglass barriers and touchless programming.

Additionally, each attraction will operate ?at reduced capacities and the company strongly encourages?guests to book ?in advance of their visit.

Don and Mark Ghermezian, Co-CEO at American Dream, thanked state and local officials  for their collective efforts throughout this process to get to a safe reopening.

The CEO’s expressed confidence the company will be able to provide guests?a safe environment for visitors and shoppers as well as create much-needed job opportunities in New Jersey.??

“We know that our community has been waiting to return, but it was important to us that we took?the proper time and precautions needed to welcome guests back?in the safest possible manner,” said Mark Ghermezian in a press statement.

“New Jersey needs American Dream to help revive its economy in a post-COVID-19 era,” stated  Kirkos. “The opening and success of this facility makes the Meadowlands a primary destination which will provide thousands of jobs and millions of dollars of economic impact for communities, (generating) huge visitation for the region, filling hotels and in turn drives visitors to other local destinations. ”

State officials noted ten deaths occurred in the last 24 hours of reporting that have not yet been lab confirmed.

The daily rate of infections from those tested as of Aug. 30 was 3.0%. State officials said spot positivity rates are highest on Wednesdays and Thursdays because they’re looking four days back to the weekend, when those with symptoms usually get tested.

As for the rate of transmission, it increased to 0.99 from 0.98 the day before. Officials have continually cited transmission rate and positivity rate as health data they rely on to track how the coronavirus is being contained in New Jersey, guiding them in determining when restrictions have to be tightened or lifted.

Officials reported 500 patients are hospitalized, with 99 in intensive care units and 36 on ventilators.

Another 305 cases are still under investigation to determine where the person resides.

Health officials noted 157 long-term care facilities are currently reporting at least one case of COVID-19, accounting for a total of 9,451 of the cases, broken down between 5,916 residents and 3,535 staff.

The state’s official death total will now be reported as those that are lab confirmed, sits at 7,109 on Sept. 3. The facilities are reporting to the state 6,744 residents deaths and 121 staff deaths.