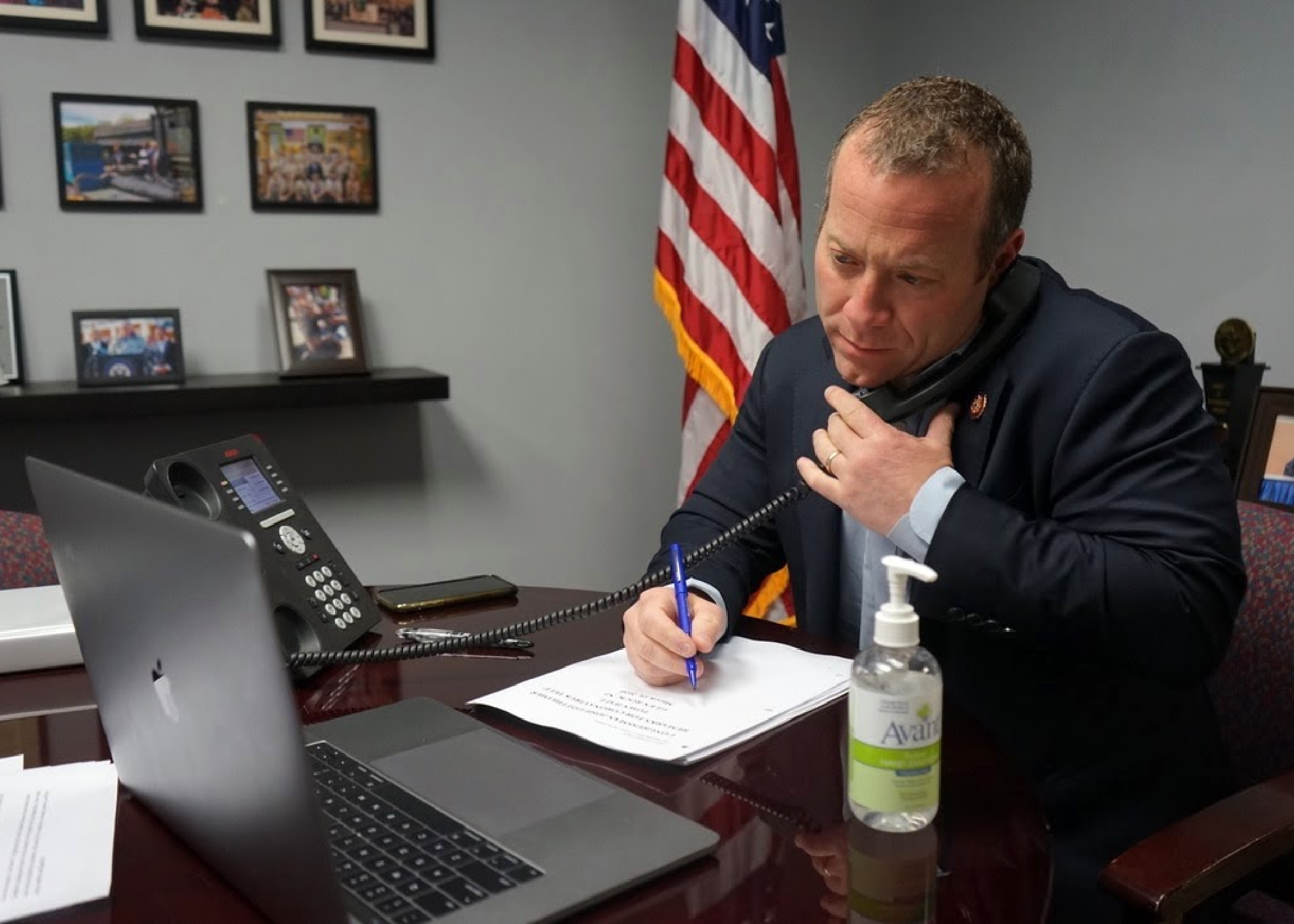 With terrorists increasingly using social media platforms to deliver their message and using hard-to-trace crypto coins to finance it, Rep. Josh Gottheimer is pushing a suite of legislative initiatives aimed at preventing the next terrorist attack.

“We now have a constant spread of violent extremism, disinformation, foreign interference, and hate online that’s undermining our democracy—and these forces continue to use the platforms provided by U.S.-based social media companies to spread hate and terrorist propaganda and recruit new members,” said Gottehimer in a Zoom meeting Sept. 9.

The National Counterterrorism Center has assessed that nearly every one of the U.S. State Department’s 69 designated FTOs has a social media presence.

The first step Gottheimer will take is introducing legislation to hold social media companies accountable with financial and criminal penalties. The bill will require regular disclosure of the presence of FTOs fundraising on social media, as well as financial and criminal penalties for any social media company that knowingly permits accounts tied to designated terrorist groups to solicit support and resources on its platform.

The actions came on the heels of Gottheimer leading a bipartisan initiative demanding Twitter remove all content from FTOs and affiliated profiles, including Hamas and Hezbollah. As a result, the company suspended content from both the official English and Arabic language accounts of the terrorist Hamas movement, the English and Arabic language accounts of Hezbollah television channel and propaganda news service Al-Manar.

The House recently passed bipartisan legislation with Gottheimer’s provision requiring the Secretaries of Defense and State, to report to Congress on the use of online social media by FTOs and the threat posed to U.S. national security by online radicalization.

Maples explained the ideologies and methodologies of white supremacists are following the path of foreign terrorists, to the point where it was named a top tier terrorist threat in New Jersey this year.

“It’s important to note that they are combining tactics. Traditionally, Haams, ISIS, other terrorist groups have used cryptocurrency and social media platforms to fund raise, to recruit, to launch attacks,” said Maples. “But now we are starting to see that from white supremacists aligned groups and we are starting to see commingling amongst these groups.”

A tool Gottheimer wants to supply would be the passage of the Freezing Assets of Suspected Terrorists and Enemy Recruits (FASTER) Act to give law enforcement the capability to freeze the assets of all domestic terrorists, and those who provide material support to terrorists, when a suspect is arrested by federal law enforcement.

Additionally, it would implement a one-of-a-kind National Homegrown Terrorism Incident Clearinghouse for all levels of law enforcement to collect and share information on incidents of homegrown, lone-wolf terrorism and violent extremism—to help investigate and thwart future attacks.

Maples cited the recent indictment of right wing Boogaloo members in Minnesota that were indicted for supporting Hamas as an indication U.S. law enforcement is “starting to see the enemy-of-my-enemy-is-my-friend approach. This is very dangerous for us.”

The financing of that operation was done by cryptocurrency. Gotteimer is introducing legialstion to combat the use by terrorist organizations—in both the U.S. and abroad—of cryptocurrency to finance terrorism.

“(Terrorist organizations) are growing even more sophisticated, using digital assets like cryptocurrencies to finance their next attacks,” said Gottheimer. “We have to fight back—by truly bringing together an online arsenal to combat these threats at every angle.”

“It is an emerging issue,” Maples added. “It’s something we’re not necessarily hearing a lot about, but believe me, we will in the future, because it will be important to get ahead of that from a legislation and policy perspective.”

Foundation for Defense of Democracies Dr. Jonathan Schanzer pointed out although the amount of bitcoins being used is only in the 10’s of thousands, foreign adversaries are increasingly laundering money at such places at casinos to use to finance their operations.

“There was a time where analysts thought the inherent transparency of crypto would prevent it from being used for to finance terrorism,” said Schanzer. “But we are seeing the use of crypto more and more, not just bitcoin…and tracking them is getting a lot harder.”

While Schanzer said the government has allowed media companies promoting FTO’s to air on special media platforms because it allows the U.S. to trace their actions, he believes the cost is “too great” and is being “short sighted” in not using more resources to disrupt the financing components of terrorists.

“Terroriams financing is the lifeblood of the recruitment and the attacks we seek to prevent,” said Schanzer.

These efforts to combat terrorism are in coordination with Gottheimer’s efforts to support 9/11 survivors and first responders, including introducing the bipartisan Saracini Enhanced Aviation Safety Act requiring the installation of secondary cockpits barriers on airplanes to help stop another 9/11 style attack, the bipartisan Darren Drake Act to require rental companies and car dealers with the information they need to flag and stop potential terror threats and passage of the Never Forget the Heroes Act which covers 9/11 survivors’ and first responders’ injuries, lost earnings, benefits, and out-of-pocket medical expenses.