by James Hickey
in County, Trenton
0 0
9 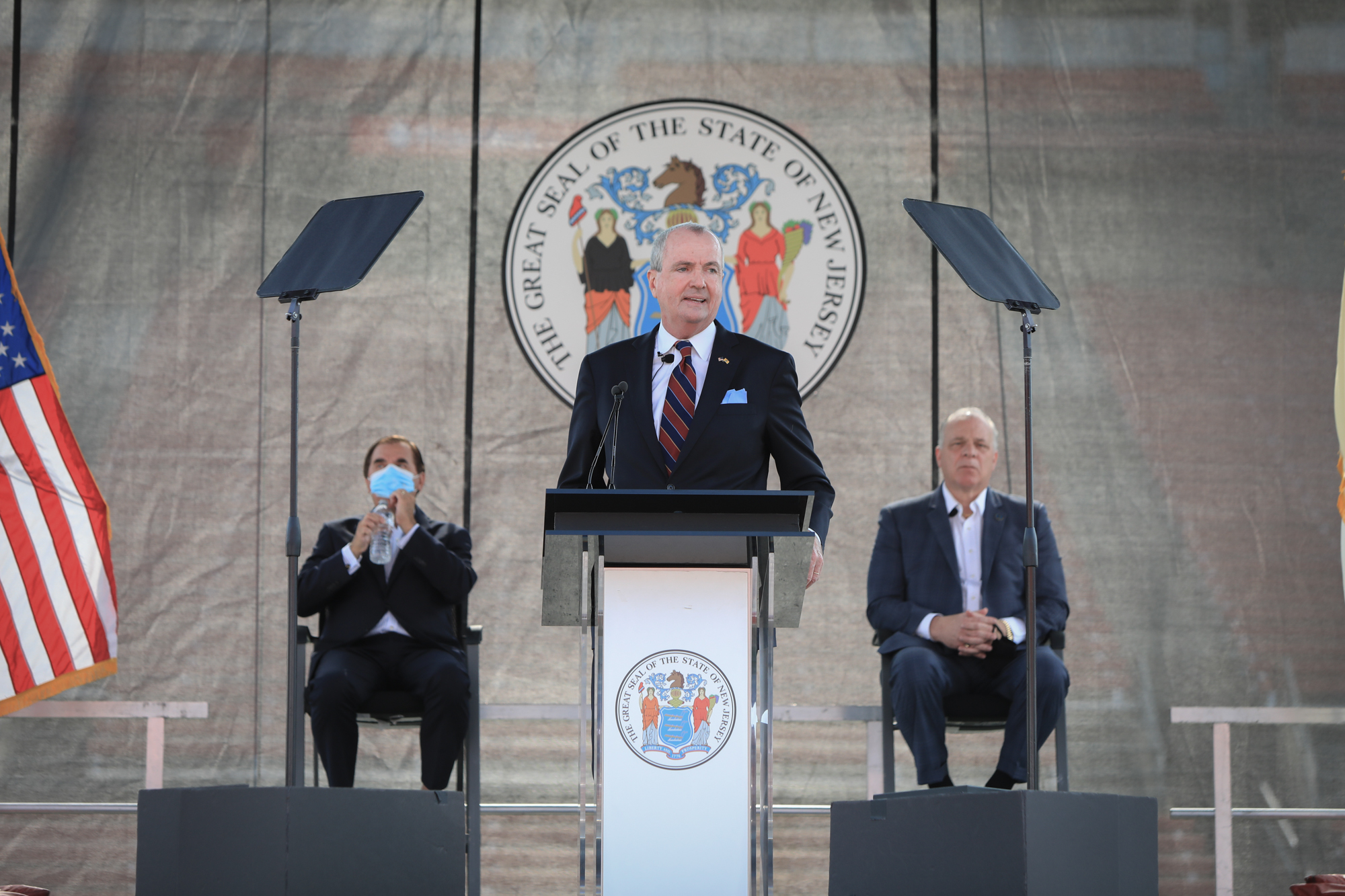 The tax increase has been a key piece to each of Murphy’s budgets since he came into office, defeated each time but opposition from within his own party as well as Republicans.

A vocal critic of the millionaires tax plan, Senate President Steve Sweeney cracked at a press briefing Sept. 17, “I know a lot of you didn’t expect me to be here today. And I’m surprised that I am.” But Sweeney credited Assembly Speaker Craig Coughlin with tying the rate raise to a cut for the middle class for his change of mind.

Under the plan, the state’s gross income tax rate on income between $1 million and $5 million would increase to 10.75% from 8.97%, the rate already pay for over $5 million. In exchange, the governor and legislative leaders agreed to an up to $500 rebate for families with incomes under $150,000 per couple—or $75,000 for a single individual—with at least one dependent child. This rebate will be automatically distributed to eligible taxpayers in the Summer 2021.

With the revenue piece in place, lawmakers expressed confidence that a budget would be finished before the Sept. 30 deadline, with Murphy stating he would be “surprised” if it was not done in time.

In announcing the deal, Murphy said the agreement is needed as the middle class has been hurt by the coronavirus pandemic.

“Our middle class needed help and countless families working hard to achieve their middle class dreams need an extra push,” said Murphy. “Our promise to help the middle class and those striving to join it is kept (with this deal).”

The governor echoed statements from his budget address that raising the rate on the millionaire’s tax is needed “at this unprecedented time when so many middle class families have sacrificed so much, now is the time to ensure the wealthiest amongst us are also called to sacrifice.”

Murphy said the impact from the millionaires tax would “undue years of tax inequities, to the point where middle- and lower-class families pay a larger percent in taxes than millionaires do. Now we can begin to correct this.”

The first-term Democratic governor stressed that the middle class will receive a rebate that will not be withered away while filing out their tax forms, but with a check going directly to approximately 800,000 residents of New Jersey.

Murphy believes the tax cut will help fuel an economic recovery once the state is able to get past the COVID-19 crisis.

“This is money our families need and will spur opur recovery and future resilience,” he said. “Paired with the millionaires tax, our promise to build a stronger, fairer economy is a promise much closer to our grasp. We can only be fairer when the tax code works for everyone.”

Sweeney agreed, saying the deal is a good one because of the help it provides to the middle class.

“I think that is one of the things that we can not lose at this point,” said Sweeney. “I resisted…but then the pandemic hit. And things have changed and we have to face the reality that a lot of families are hurting here.”

Sweeney said he was still not there until Speaker Coughlin came to him with the tax hike-rebate tradeoff.

“Helping middle class families to me makes all the sense at this time,” said Sweeney.

For his part, Coughlin said he considered the deal a “historic” win for the middle class, providing a tangible difference to those who can truly use a break.

“It has always been a priority of all of us to help the middle class. I am pleased to join today with the Governor and the Senate President in support of increasing the tax rate on those earning more than a million dollars,” said Coughlin. “The small increase has long been part of Gov. Murphy’s plan of tax fairness and it will generate much needed revenue that will allow assistance to those desperately in need.”