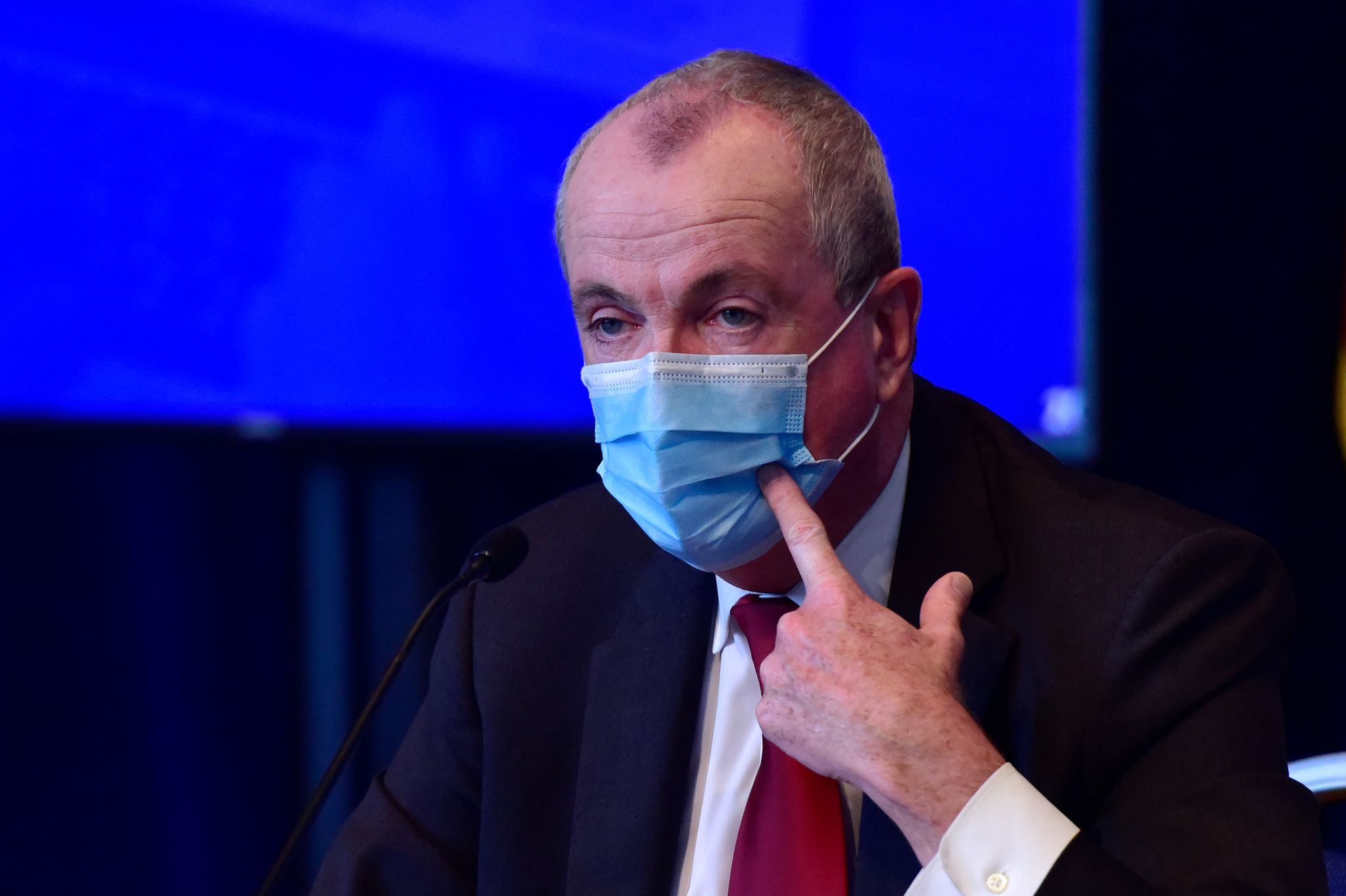 As the daily infection rate for COVID-19 continues to rise among teenagers and young adults, Gov. Phil Murphy focused on an incident in a Jersey Shore town he characterized as an “egregious display of knucklehead behavior.”

A crowd that Murphy said was in thousands descended on Seaside Heights Sept. 14, drawn in by a group of YouTube influencers The Nelk Boys. The throng made up of mostly young adults according to authorities, gathered around a corner made famous by the MTV show “Jersey Shore” with attendees largely unmasked and failing to adhere to social distancing protocols.

“It’s exactly the type of situation we cannot have,” said Murphy at a press briefing Sept. 16. “It was irresponsible from top to bottom in every respect. And these so-called influencers need to be taken to task, and New Jersey was just the latest stop on their tour of willful negligence for public health in a pandemic.”

As a matter of public health, Murphy urged anyone who attended to get tested. He estimated it will take about two weeks to know whether or not if the town unwillingly becomes a coronavirus hotspot.

“That kind of gathering is how coronavirus spreads most easily,” said the Governor. “And just because you’re young and seemingly invincible doesn’t mean you actually are, or that you can’t spread the virus onto someone who may be particularly vulnerable if you yourself are not symptomatic.”

New Jersey Department of Health Commissioner Judith Persichilli reiterated her concerns about the transmission of COVID-19 among the state’s younger population as case numbers continue to climb among young people.

“Many of these cases and clusters are a result of parties and social gatherings,” said the commissioner. “Although generally symptoms associated with COVID-19 are milder in children compared with adults, we do see more severe cases and even deaths in this population.”

Persichilli cited a recent CDC study examining 121 deaths among individuals under the age of 21. The survey found 70% of those deaths were aged 10 to 20, 74% of these deaths were among Hispanic and Black children in adolescence and 75% had underlying medical conditions, such as asthma, obesity, neurologic and developmental conditions, and some cardiovascular issues.

“This study demonstrates that those under 21 are still vulnerable to COVID-19,” said Persichilli. “All young people should be taking precautions to protect their health and the health of others.”

With schools and colleges reopening, the commissioner stressed that now is not the time for indoor parties or large gatherings, activities that allow the virus to spread.

“We need your help to stop the transmission in our state,” said Persichilli.

Murphy added “Let’s use some common sense for the common good. Let’s stop with the house parties and irresponsible behavior. Let’s get back to what we know works…you can have fun, just please be outside, wear something on your face and stay as far apart as we are here.”

State officials are of the belief that the increase in these cohorts is a result of events happening outside of school walls, as no coronavirus transmission has been reported inside a classroom.

“We think the system is working as it relates to schools. That’s the really good news,” said Murphy. “The overwhelming amount of evidence is it’s outside the school walls where we’re having our troubles.”

The daily rate of infections from those tested Sept. 13 increased to 3.0% from 1.6% the day before. The state is no longer using serology tests as health officials explained those results show a past presence of the disease as well as a current one.

As for the rate of transmission, it increased to 1.07 from 1.06 the previous day. Officials have continually cited transmission rate and positivity rate as health data they rely on to track how the coronavirus is being contained in New Jersey, guiding them in determining when restrictions have to be tightened or lifted.

Officials reported 431 patients are hospitalized, with 85 in intensive care units and 40 on ventilators, while 43 patients were discharged.

Another 324 cases are still under investigation to determine where the person resides.

Health officials noted 155 long-term care facilities are currently reporting at least one case of COVID-19, accounting for a total of 7,445 cases, broken down between 4,668 residents and 2,777 staff.

The state’s official death total—reported as those that are lab confirmed—sits at 7,140 on Sept. 17. The facilities are reporting to the state 6,756 residents deaths and 121 staff deaths.