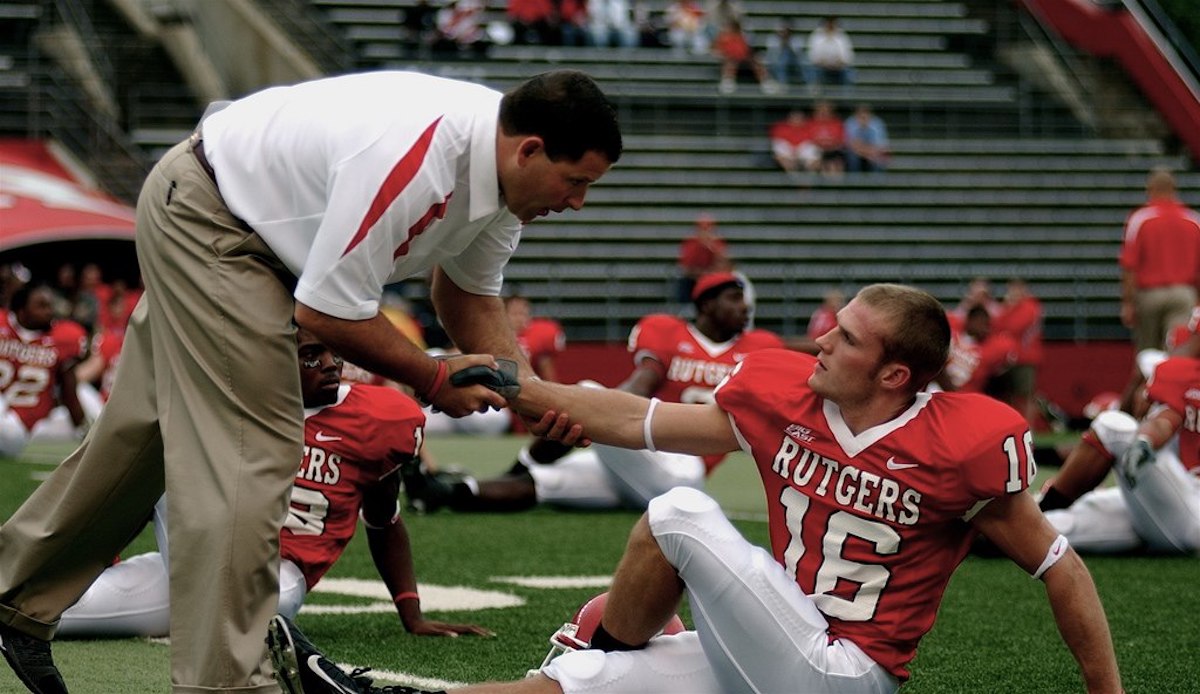 When the Big Ten and Rutgers football return to the field in October, players representing New Jersey’s state university will be able to earn money on merchandise sold bearing their name.

New Jersey joins California, Florida and Colorado as states with similar legislation designed to help student-athletes benefit from the profits generated through their athletic prowess.  New Jersey was the 16th state to introduce such a measure.

“For too long, collegiate athletes have been barred from seeking compensation for endorsements while their skill and labor fuels profits for the NCAA and its corporate partners,” said State Sen. Joe Lagana (D-38). “These amazing young people deserve the right to share in the economic opportunity created by their talent. Today, we put an end to that inequity and allow New Jersey’s student athletes to play by the same rules as everyone else.”

After California Gov. Gavin Newsom signed his state’s bill in Fall 2019, the NCAA announced it would adopt a policy allowing college student-athletes to benefit from their name, image and likeness within the two years. But there are concerns that the NCAA policy will be too restrictive.

Professional athletes, including Kevin Durant and Corey Simon, and Vermont Sen. Bernie Sanders (VT-I) have pledged their support to these measures.

Unfair that Only Institutions Benefit

New Jersey Assembly Members and Senators pledged their support to the state’s student-athletes. They recognized that these athletes dedicate countless hours to their training, and it’s not fair that only athletes and third-party corporations benefit.

“Every day, student athletes generate massive amounts of value for their schools, leagues, the NCAA, and their for-profit partners. But the group that works and sacrifices the most to generate that value—the student-athletes themselves—do not see a single penny,” said Assemblyman Christopher Tully (D-38). “The New Jersey Fair Play Act finally corrects the fundamental imbalances that have existed in collegiate athletics for far too long.”

Scholarship eligibility cannot be affected, nor can an institute of higher education prevent a student-athlete from earning compensation from their likeness. This also applies to a student-athlete seeking to obtain professional representation, including an agent or lawyer.

Passed by Both Assembly and Senate

“Athletes are the faces of the industry. They are the ones out there on the field, putting in the work that will attract spectators and create opportunities for businesses to profit,” said Assemblywoman Lisa Swain (D-38). “It’s only fair that they have the right to earn compensation for their work.”

Tully and Swain, along with Assemblyman Benjie Wimberly (D-35) sponsored the Assembly bill, which passed, 56-16-2.

“As a high school football coach, I see firsthand the amount of talent, drive and dedication of student-athletes,” said Wimberly. “Once they enter the world of college athletics, that same talent will be nurtured: but it will also be used to earn profit. For all of their hard work, these students deserve a piece of the pie. It should also be allowable for them to be fairly compensated.”

“These elite athletes spend well over 40 hours a week practicing, training and performing with no guarantee of a professional career, or even a complete education,” said Weinberg. “This is not only unfair, it is exploitation. While the NCAA drags its feet, I’m glad this bill will give student-athletes new rights to compensation, at least in New Jersey.”

New Jersey’s legislation prohibits a student-athlete’s image or likeness to be used in connection to adult entertainment, alcohol, gambling of any kind, tobacco and electronic smoking, pharmaceuticals, controlled dangerous substances or firearms.

The law, which took effect immediately, will require a student-athlete who enters a contract to earn compensation to disclose the contract to a college official.