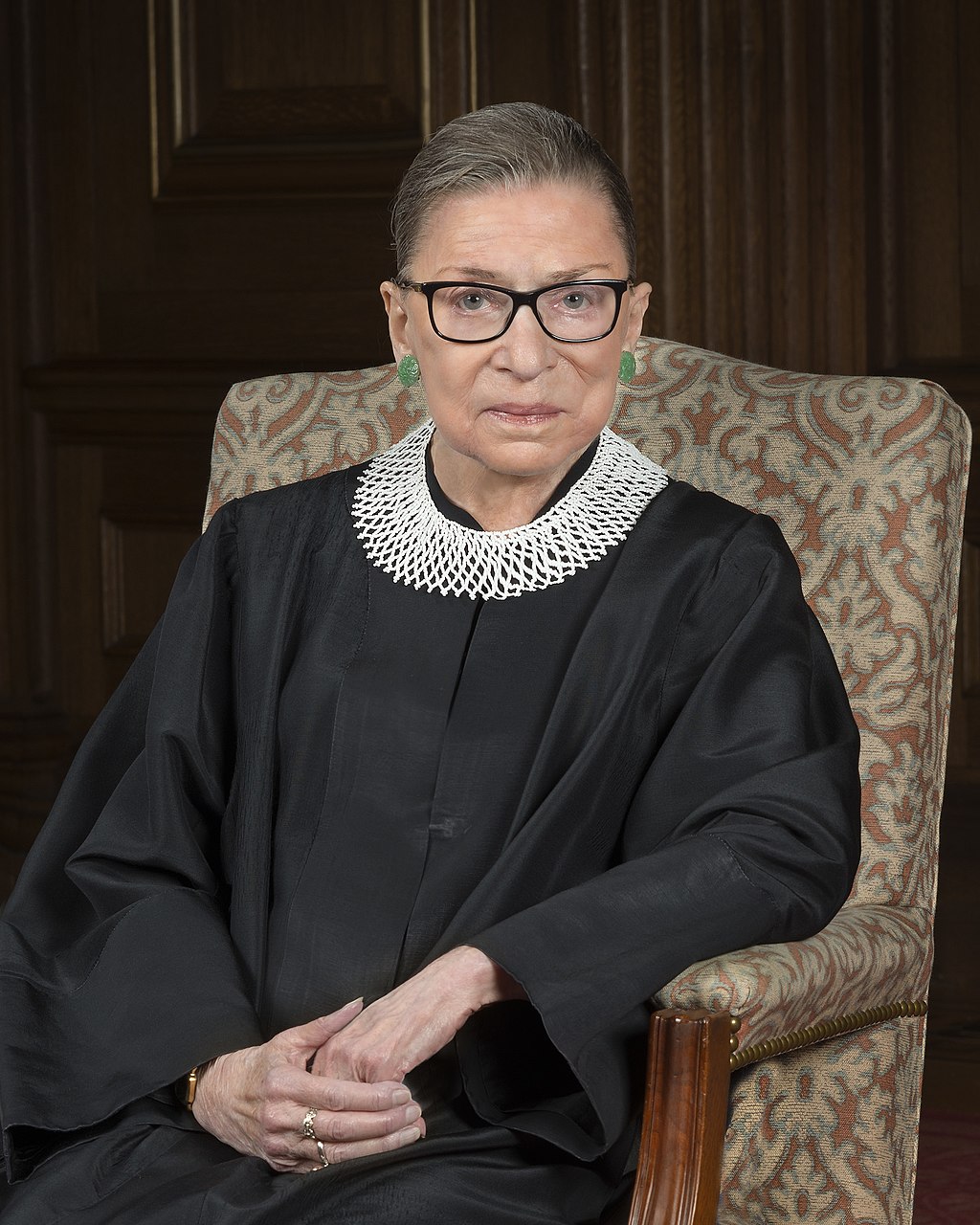 U.S. and New Jersey were ordered to fly at half-staff in recognition of the passing of Supreme Court Justice Ruth Bader Ginsburg. The trail-blazing jurist passed away at the age of 87 due to complications of metastatic pancreas cancer Sept. 18.

Below are reactions from North Jersey politicians on the death of Justice Ginsburg.

Justice Ginsburg was a woman whose career became an inspiration to countless young women and girls across our nation, and around the globe.

Justice Ginsburg dedicated her life and career not only to the premise of equal justice and equity under the law, but also to the most basic premise that, regardless of gender, or race, or religion, or orientation, or identity, or nationality and ethnic heritage, we all must commit to fight for the things that we care about.

Before she became a national figure, she was a pioneering professor at Rutgers-Newark School of Law, and her time there would correspond with an influx of women into the law school, where, no doubt, she would greatly influence them and their careers. She was a tireless advocate at the ACLU, fighting for gender equality at the Women’s Rights Project.

In her final years at Rutgers, she served as the advisor to the Women’s Rights Law Review – and, in the words of a former editor, ‘She went where other people wouldn’t go. She took a leap. Once she came on board, everything fell into place. We felt empowered.’

For nearly three decades, we have been treated to Justice Ginsburg’s singular expertise. We have been made a better nation, and a better people, through her reasoned approach and sharp-minded opinions.

Justice Ginsburg summed up her life’s principles the following way: ‘Fight for the things that you care about, but do it in a way that will lead others to join you.’ For those who study the law, even her dissents have moved the law in the right direction.

My sincere hope is that her life and work continue to draw good people, with true and honest intentions to move us forward, to careers in the law and the pursuit of justice.

Last year, I had the distinct honor of presenting Justice Ginsburg with The Golden Pea on behalf of MARCHENLAND Berlin. Tammy and I, and our daughter, Emma, will never forget the time she spent with us. She was an American icon.

Tonight we mourn the loss of an American icon. Justice Ruth Bader Ginsburg was a pioneer and a role model for women across America. She is the reason women like me not only believed we had a right to be in the workplace, but were guaranteed it. She won us equality, and then showed us how to succeed. Generations of women—my mother, myself, my sisters, my daughters—are indebted to her tenacity.

Decision by decision, Justice Ginsburg reaffirmed the ideals of our Constitution and our shared values of fairness, equality, and opportunity. Her judicial opinions on voting rights, gender discrimination, and same-sex marriage made this country stronger and will continue to ring out through the ages.

Justice Ginsburg is a shining example of how one person can impact our world and truly make a difference. May her memory be a blessing.

“I join our nation in mourning the passing of Justice Ginsburg. She was an independent voice on our nation’s highest court and a champion of women’s rights. She battled to open doors for women, fought to ensure true equality for all, and earned a deep respect that transcended politics or ideologies. Her passing is truly America’s loss.”

“In a difficult year, this is a devastating blow for our country. From her early years as a Rutgers law professor to her seat on the highest court in the land, Justice Ginsburg was a pathbreaker, a legal pioneer for the downtrodden, for reproductive rights, organized labor, and the environment, and an inspirational figure to millions. That no Supreme Court Justice has ever achieved the popular notoriety of Justice Ginsburg is a testament to her imprint on American life. Justice Ginsburg is irreplaceable.

“At one’s passing, politics should take a backseat. But with our democracy at the precipice, these are no ordinary times. By the test constructed by Senate Republicans in 2016 after the death of Justice Antonin Scalia, the Senate should wait on a replacement for Justice Ginsburg until after January 20, 2021. Given the theft of that seat in 2016, I have few allusions about Leader McConnell’s designs this evening. But any senators who seek to replace Justice Ginsburg should accept that doing so may tear America apart irreparably. If Senate Republicans jam through a replacement for Justice Ginsburg before January 20, 2021, we must commit to expand the U.S. Supreme Court at first opportunity to finally balance a court that has been in Republican hands for now over 50 years.

On Rosh Hashanah, I am mourning an unpretentious, righteous American champion.

America has suffered an incredible and irreplaceable loss in the passing of Supreme Court Justice Ruth Bader Ginsburg tonight. My thoughts and prayers are with her family, and my heart is with every American who mourns the loss of a hero this evening.

Ruth Bader Ginsburg spent her entire life breaking down gender barriers with unstoppable tenacity, intellectual might, and an unshakeable commitment to justice. She was one of only nine women in her law school class, and while she graduated at the top, firms wouldn’t hire her because she was a woman.

It was as a professor at New Jersey’s own Rutgers Law School where Ginsburg began her life’s work fighting the same gender discrimination she herself faced.  She founded the Women’s Rights Project at the ACLU and took on dozens of discriminatory laws, winning case after case.

During her over four decades on the bench, first on the U.S. Court of Appeals for the D.C. Circuit, and then to the Supreme Court in 1993, Ginsburg garnered a reputation as an intellectual force and powerful jurist. Her opinion in U.S. v. Virginia changed the course of history.  And her dissenting opinions in Hobby Lobby, Ledbetter, and Shelby County turned to rallying cries for those fighting for justice.

Few individuals have moved this nation forward as meaningfully as Ruth Bader Ginsburg, and we all owe her a debt of gratitude for creating a fairer, more just, and more equal world for all of our daughters and sons.

Let us honor her wishes and let the American people choose the President who will appoint her successor on the Supreme Court.  The Senate must not move any nomination until next year.

There will never be another Ruth Bader Ginsburg.  May her memory be a blessing, and may we honor her every day in our pursuit of justice.”

“Ruth Bader Ginsburg was the very best of us. She has made our country a more equal place and from the very beginning of her career as a public figure, she believed in what our nation could be. From the time she was still at school, she faced down discrimination and prejudice and worked her way to the highest court in the land. Her determination and dedication have helped shape an entire generation of Americans who look to her as a role model and who have had their day to day life influenced by her judicial decisions. She used her legal skills to further women’s rights and strip back laws that were inherently unfair and unjust. Justice Ginsburg’s accomplishments are too numerous to count but when you look at how much she means to so many, you can begin to grasp how much she has done for us. My family, my office, and I are eternally grateful for everything she has given to our country. Justice Ginsburg said “real change, enduring change, happens one step at a time”. She took those steps and has forever changed America for the better.

We mourn the loss of Ruth Bader Ginsburg, a trailblazing jurist and crusader for women’s rights and equal protection for all under the Constitution, whose jurisprudence will impact as well as inform our democracy for generations to come. Justice Ginsburg’s unflagging pursuit of justice, her incisive opinions and dissents, and her principled progressivism have inspired, and will continue to inspire, all of us who cherish our society as a nation based on the rule of law.

While we can never repay what she has gifted us, we can honor her legacy by continuing her tireless fight for a more inclusive world. Our nation has come so far in equality and in justice, and we owe so much of this progress to Ruth Bader Ginsburg. Rest In Peace, RBG.