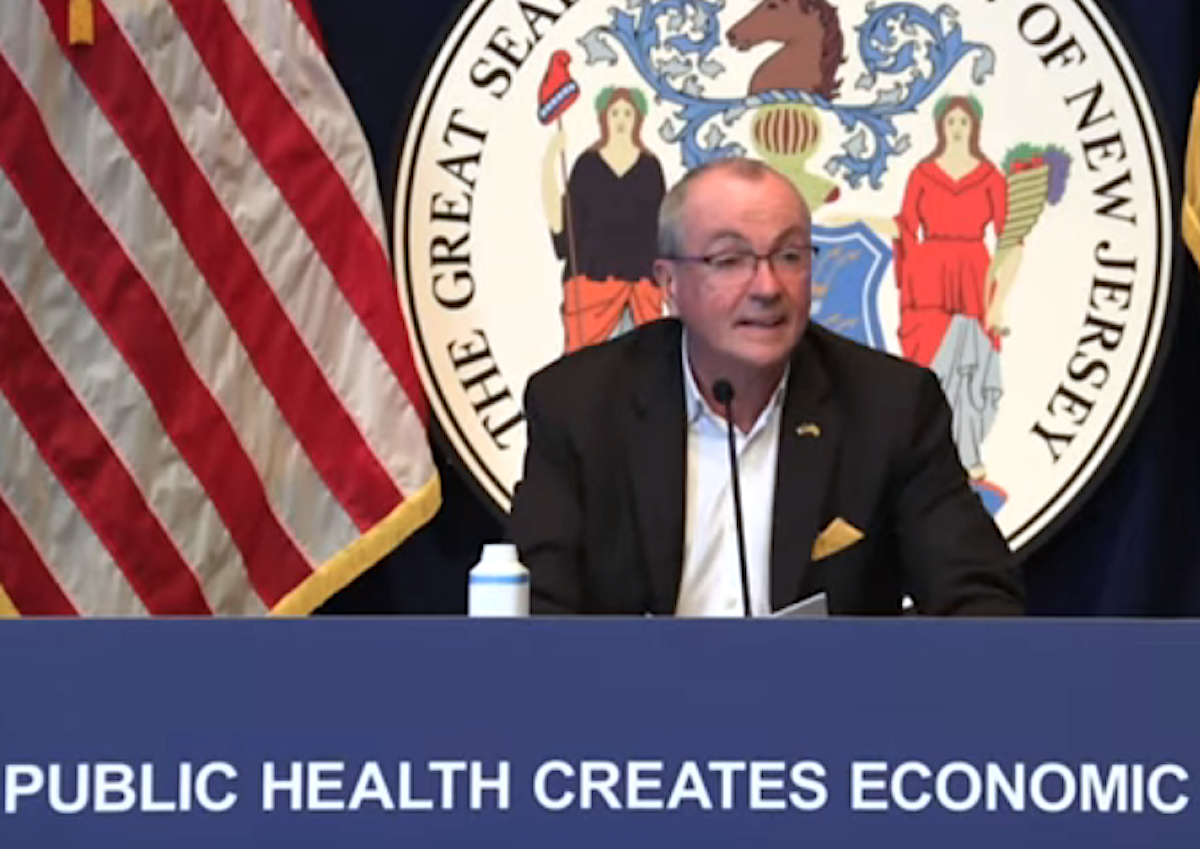 Gov. Phil Murphy used the occasion of New Jersey being approved for a new federal unemployment program to push yet again for federal aid.

The approval in question was for FEMA’s Lost Wages Supplemental Assistance Program. Murphy noted the state program has to develop entirely new programming to deliver the $300 a week funds to those unemployed in a lump sum, which he estimated would take place in October.

Murphy said while he was happy the application was approved despite the complications it is forcing upon the state’ Department of Labor, he expressed his frustration that Congress, particularly Republicans in the Senate, have not produced a bill to deliver more federal aid needed for all states in the U.S.

“Now is the time to go big,” said Murphy. “This is the moment to pass a big federal stimulus bill,” citing the work of fellow Democrats Senate Minority Leader Chuck Schumer and Speaker of the House Nancy Pelosi to get a larger bill passed.

“This is the moment that our folks who are unemployed need us, when small businesses, restaurants and others need us,” said Murphy, getting more animated as he spoke. “This is the times when state, counties, municipalities need government support to keep the firefighters, the police, the EMS, the educators, the healthcare workers…employed delivering the services at this most important moment in our states and countries history.”

Murphy continued that it was not the time for Washington to shirk responsibility but “is the time to step up, step up big and deliver what every American state and every American needs.”

When asked if there was still a need for the federal aid after state leaders agreed to a budget, Murphy said it was the ability to borrow that starved off cuts.

“We still need the federal aid as we are borrowing $4.5 billion, none of us happily,” stated Murphy. “Certainly if we got federal aid, certainly if we get revenues above our projections…our highest priorities would be looking at debt reduction. We desperately still need it.”

The daily rate of infections from those tested as of Sept. 21 was 2.2%. By region, the north has a rate of 1.5%, central at 3.1% and the south at 2.4%. The state is no longer using serology tests as health officials explained those results show a past presence of the disease as well as a current one.

As for the rate of transmission, it remained at 1.15 for the third consecutive day. Officials have continually cited transmission rate and positivity rate as health data they rely on to track how the coronavirus is being contained in New Jersey, guiding them in determining when restrictions have to be tightened or lifted.

Officials reported 405 patients are hospitalized, with 233 confirmed and 172 awaiting confirmation. By region, there were 187 in the North, 196 in the Central and 112 in the South.

Of those hospitalized, 75 are in intensive care units and 32 on ventilators, while 44 patients were discharged.

Another 340 cases are still under investigation to determine where the person resides.

Health officials noted 162 long-term care facilities are currently reporting at least one case of COVID-19, accounting for a total of 6,743 of the cases, broken down between 4,170 residents and 2,573 staff.

The state’s official death total will now be reported as those that are lab confirmed, sits at 7,156 on Sept. 25. The facilities are reporting to the state 6,775 residents deaths and 121 staff deaths.