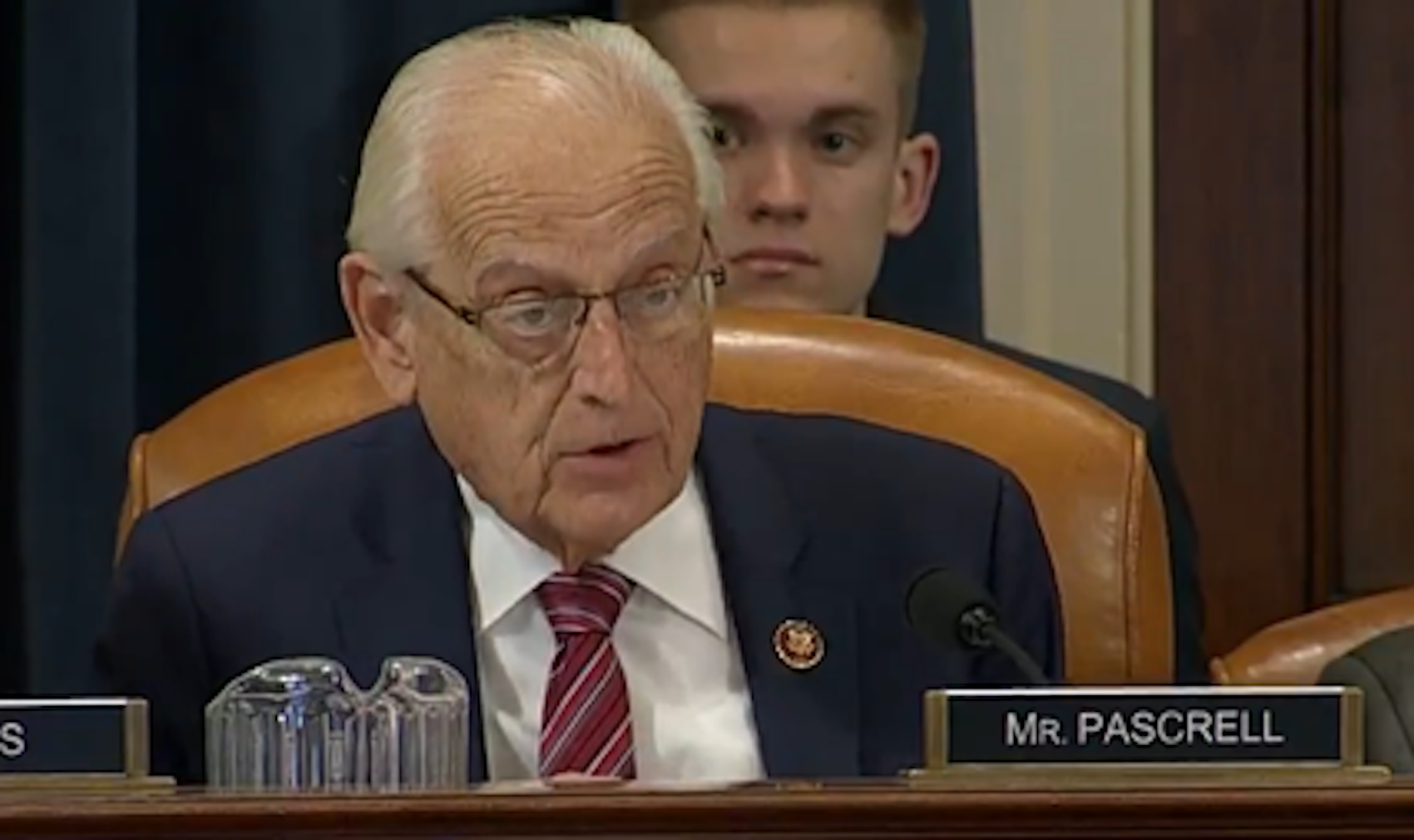 Calling President Donald Trump “the most corrupt President in our history,” a North Jersey federal lawmaker chairing one of the premier investigative committees in Washington says The New York Times report about the President’s taxes “confirms our worst fears.”

Rep. Bill Pascrell, Jr., chairman of the House Ways and Means Subcommittee on Oversight, said in a press statement Sept. 27 that “Donald Trump has spent his entire life abusing the tax system to lie, cheat, and steal on a scale that is almost unimaginable. The partial findings reveal absolutely staggering theft by Trump before and while he has been in office.”

“I will not let up on my quest to prove our case and continue to support our efforts at transparency. This is not political. No citizen is above the law.”

The report by The New York Times is based on tax-return data the newspaper obtained extending over more than two decades for President Trump and the hundreds of companies that make up his business organization. Among the detailed information in the report is the fact President Trump paid $750 in federal income taxes the year he won the presidency and in his first year in the White House.

Besides the sums paid in 2016 and 2017, the story stated President Trump paid no income taxes at all in 10 of the previous 15 years because he reported losing more money than he made.

Additionally, the review found President Trump’s finances are under stress, beset by losses and hundreds of millions of dollars in debt coming due that he has personally guaranteed, resulting in the Trump depending more and more on making money from businesses that put him in potential and often direct conflict of interest with his job as President.

“As the leader of Congress’s fight to obtain Donald Trump tax returns, this blockbuster report confirms some of our worst fears,” said Pascrell. “To cover his losses, Trump has looted the government and made himself vulnerable to heaven knows what foreign manipulation and blackmail. And Trump’s titanic financial losses confirm that while he campaigned as a so-called brilliant financial wizard, Trump is a cheat, a fraud, and perhaps the worst businessman in the world.”

The published article revealed President Trump has been embroiled in a decade-long audit battle with the Internal Revenue Service over the legitimacy of a $72.9 million tax refund that he received after declaring huge losses. An adverse ruling could cost him more than $100 million.

Pascrell believes the report should “stun to the core our nation at Trump’s unfitness and criminality,” promising to sift through the findings as part of his duty as chair of the Oversight committee.

“Trump must release his tax returns as is longstanding practice and is required by law to Congress instead of grandstanding and attacking the media,” said Pascrell.