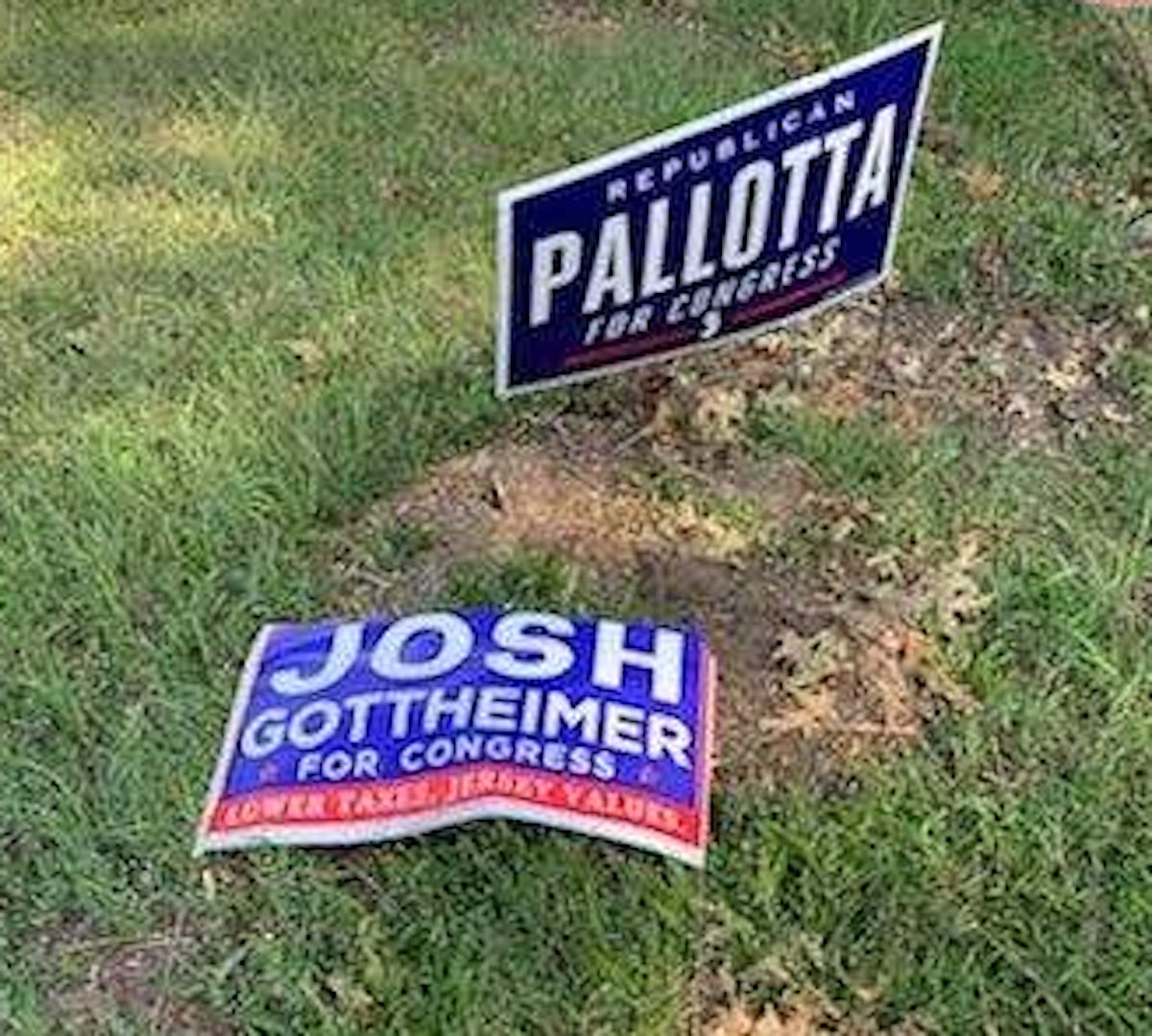 Campaign officials for Rep. Josh Gottheimer said they are being falsely accused of removing signs of his GOP challenger in Ridgewood on Sept. 26.

Ridgewood police were called in when three individuals were caught stealing and destroying Frank Pallotta yard signs near the Ridgewood Park and Ride. The Gottheimer campaign said the individuals confronted by police had no connection to their campaign.

Instead, Gottheimer officials placed the blame on the Pallotta campaign.

“This is the oldest trick in the book,” said Gottheimer for Congress Communications Director Sam Dorn. “Tear down your opponent’s signs, and then blame him for dirty tricks.”

On his Facebook page, Pallotta posted pictures where the campaign accused the Gottheimer campaign of putting signs up to obscure the GOP’s challengers placards.

“Are these the “Jersey Values” my opponent speaks about?” the post states. “Josh calls himself a “fighter” on TV, but instead of focusing on the residents of our district, he pays his staffers and interns to drive around the district doing this to our signs.”

“Fraudster Frank falsely claimed that the Gottheimer campaign is tearing down his signs, while his own campaign continues to rip down ours, day in and day out,” said Dorn. “I guess we shouldn’t be too surprised. After lying about his history with subprime mortgages, endangering thousands by refusing to wear a mask, and supporting the known-extremists volunteering on his campaign, it’s pretty clear there is no level too low.”