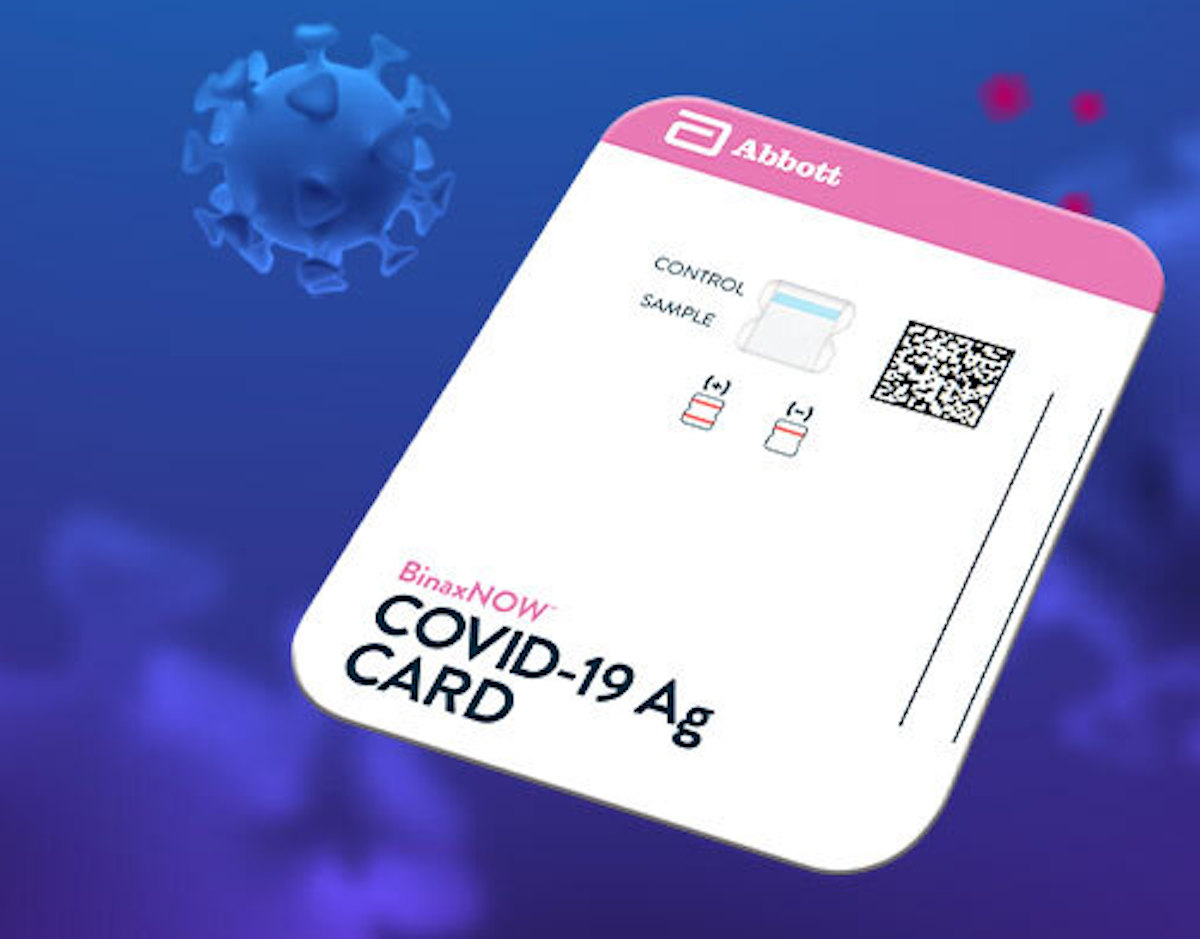 At a press briefing on Sept. 28, Gov. Phil Murphy said following discussions over the weekend with Trump Administration officials, the Abbott Laboratories BinaxNow test will be distributed in the state, with priorities for vulnerable, underserved-communities as well as essential and frontline healthcare workers.

Murphy said the test will also help keep “things that are open ensure they stay open” such as Pre-K through 12 schools, higher learning institutions, and in some form keeping the economy open as specific plans are still being worked on.

“This could be a game-changer,” said Murphy. “If you do the math, this is just shy of doubling out testing capacity.”

Murphy and Health Commissioner Judith Persichilli said the antigen test would be sent to hot spots as well, using the current outbreak in Ocean County as an example of how the New Jersey official would distribute the test to limit the spread.

Officials described the test being a less-invasive nose swab that is then rubbed on a card to determine if the subject tests positive for the coronavirus. The total time it will take to have the result is 15 minutes.

It is the first that does not require specialty computer equipment to process. The test has been approved by the FDA approved test after a clinical trial results included 97.1% sensitivity and 98.5% specificity for COVID-19.

The federal government will deliver the 2.6 million test over a 12 week period, with the first shipment of 170,000 tests expected in the next two weeks. Murphy said the state is currently conducting between 25,000-30,000 a day.

Abbott’s test is an important advance because of its low cost and easy-to-use format as Persichilli noted while New Jersey is receiving the test free of charge, the actual cost of the test is $5.

State officials noted 16 deaths occurred in the last 24 hours of reporting that have not yet been lab confirmed.

The daily rate of infections from those tested as of Sept. 25 was 2.5%. By region, the north has a rate of 1.6%, central at 3.7% and the south at 2.6%. The state is no longer using serology tests as health officials explained those results show a past presence of the disease as well as a current one.

As for the rate of transmission, it remained at 1.12 for the second consecutive day. Officials have continually cited transmission rate and positivity rate as health data they rely on to track how the coronavirus is being contained in New Jersey, guiding them in determining when restrictions have to be tightened or lifted.

Officials reported 421 patients are hospitalized, with 236 confirmed and 185 awaiting confirmation. By region, there were 204 in the North, 107 in the Central and 110 in the South.

Of those hospitalized, 91 are in intensive care units and 39 on ventilators, while 28 patients were discharged.

Another 339 cases are still under investigation to determine where the person resides.

Health officials noted 165 long-term care facilities are currently reporting at least one case of COVID-19, accounting for a total of 6,577 of the cases, broken down between 4,042 residents and 2,535 staff.

The state’s official death total will now be reported as those that are lab confirmed, sits at 7,158 on Sept. 28. The facilities are reporting to the state 6,783 residents deaths and 121 staff deaths.