2020 Election: A Look at President Donald Trump, Joe Biden in The Race for President 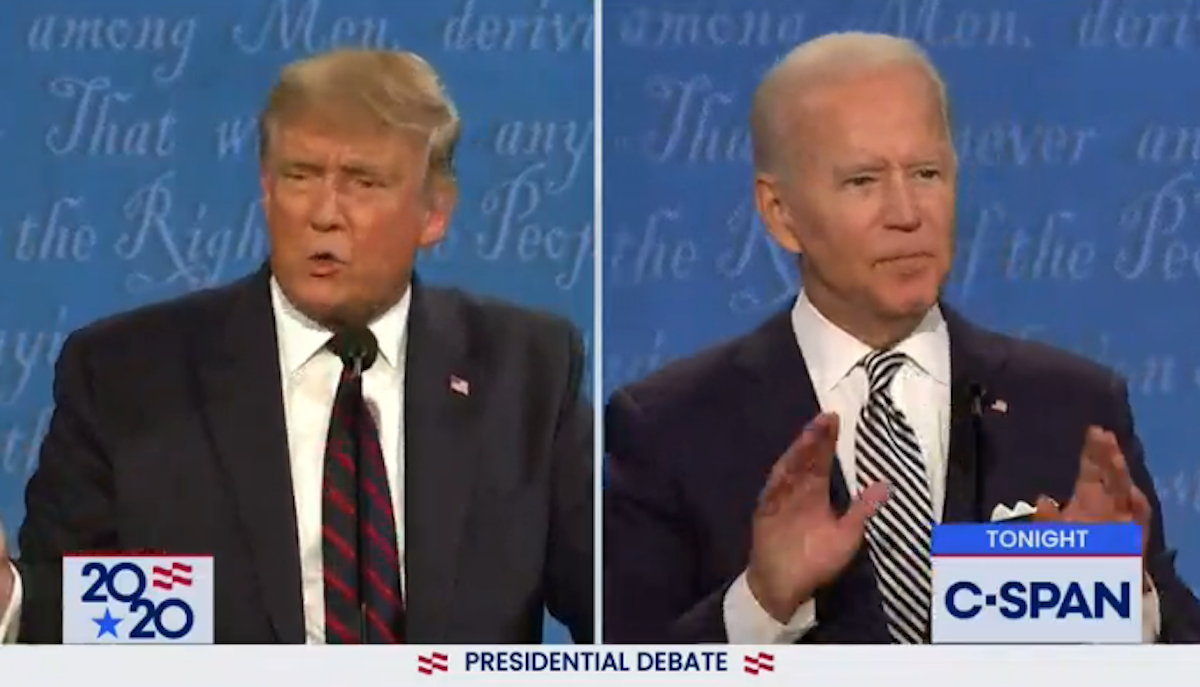 The last chance to contrast President Donald Trump and Joe Biden for New Jerseyans before they started to mail-in their ballots was more of a debacle than a debate.

The Sept. 29 debate’s focus was on domestic issues, with candidates answering questions about COVID-19, climate change, the economy, the Supreme Court and policing. But what unfolded was name calling and interruptions—predominantly by the President himself—that made it difficult to watch and understand where the candidates stand on the issues.

If voters stayed for the full 90 minutes, what emerge was a contrast on issues and each candidate’s strengths, offering a view to voters what the priorities of the men would be for the next four years.

Most notably of all, the former vice president said he would accept the election results after every vote has been counted while the President again questioned the legitimacy of the voting process.

“I’m urging my supporters to go in to the polls and watch very carefully, because that’s what has to happen,” said Trump. “I hope it’s going to be a fair election. But if I see tens of thousands of ballots being manipulated, I can’t go along with that.”

But on an issue that President Trump considers his strongest, he committed what will be the most remembered moment of the night.

In the portion about law enforcement, the President declined to condemn white supremacy and right-wing extremist groups when offered the opportunity. When Biden named the far-right group Proud Boys as an organization to denounce, Trump did not do so and even suggested they be at the ready.

“Proud Boys? Stand back and stand by,” stated Trump. “But I’ll tell you what somebody’s got to do something about Antifa and the left because this is not a right wing problem this is a left wing (problem).”

The President later said F.B.I. Director Christopher Wray was “wrong” after Biden noted that Wray viewed the radical left group Antifa as more of an idea than an organization and the greater domestic threat were from militas and right-wing extremists.

President Trump’s strongest points of the night did center around law and order matters, pointing out in the first moments of the debate that he had the right under the constitution to appoint a Supreme Court justice during his full four years, noting “Elections have consequences.”

Trump later seized on Biden’s refusal to commit to keeping the filibuster in the U.S. Senate and being open to increasing the number of justices on the Supreme Court.

On matter’s surrounding the economy, Trump warned the economy, growing strongly until earlier this year, would suffer under Biden who he alleged would close down the country in response to the coronavirus pandemic.

Throughout the night, the President attempted to paint Biden as being overrun by the radical left of the Democratic party, especially when it comes to funding of the police and the Green New Deal.

Biden responded that “I am the Democratic Party” with any agenda items would be from him and not members of the far-left wing of the party.

Biden did contribute to the uncivil tone of the debate, saying “Would you just shut up, man” during one of the many occasions the President attempted to talk over the former vice president as well as calling him a “clown” and “you’re the worst President America has ever had.”

As for issues, Biden continually pressed Trump on his actions and inactions in response to the coronavirus pandemic, criticizing the President for being dismissive of public-health restrictions measures like mask wearing and social distancing.

“About between 750 and 1,000 people a day are dying,” said Biden. “When (the President) was presented with that number, he said, “It is what it is.” Well, it is what it is because you are who you are. That’s why it is. The President has no plan.”

When Trump opined that people want schools and businesses to be open that have faced capacity limits or closed due to the coronavirus, Biden responded by saying the first thing “they want to be (is) safe.”

Biden was strongest on who would be better suited to handle issues surrounding race over the next four years, promising to attempt to bring the country together unlike his opponent.

“The point is that that’s why he keeps trying to rile everything up,” said Biden. “He doesn’t want to calm things down instead of going in and talking to people and saying, ‘Let’s get everybody together. Figure out how to deal with this.’ What’s he do? He just pours gasoline in the fire constantly and every single solitary time.”

The debate was the first of four scheduled before Election Day. The next debate pits Vice President Mike Pence against Sen. Kamala Harris (D-CA) on Oct. 7 at the University of Utah, moderated by USA Today’s Susan Page.

President Trump and Biden will square off two times after that. The first will be a town hall format held in Miami, with C-SPAN’s Steve Schully moderating. The final debate to be moderated by Kristen Welker of NBC News, will be held in the same style as the first. That debate is scheduled for Oct. 22 in Nashville.