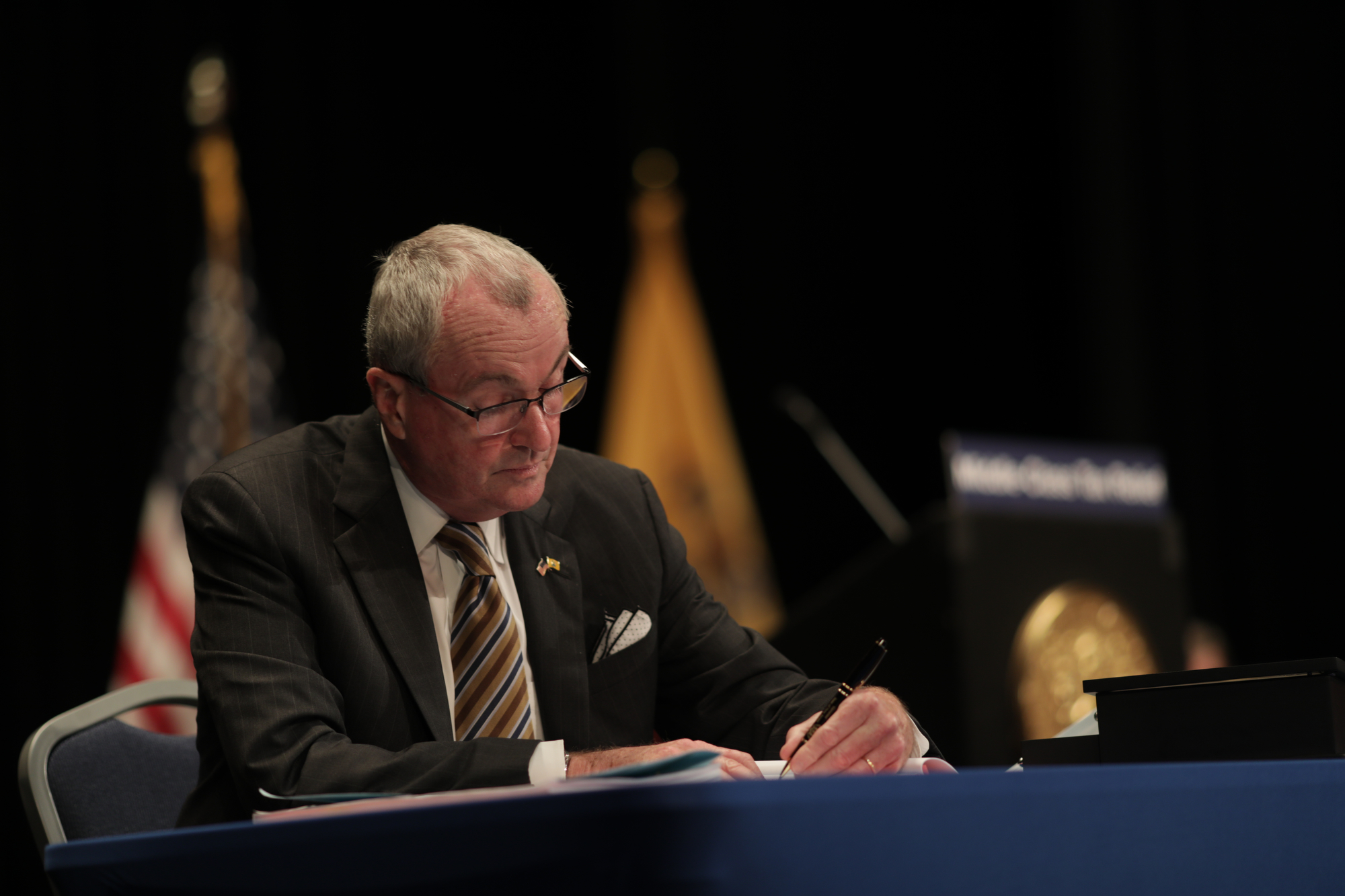 In what he described as a budget that is a reflection of New Jersey values, Gov. Phil Murphy signed into law the state’s 2021 nine-month budget a day before it was due.

“I’m proud of the budget we are enacting today,” said Murphy at a signing ceremony in Trenton Sept. 29. “We crafted this budget as we fought this pandemic together. This is the ultimate walk-and-chew-gum moment, and we rose to meet it.”

The centerpiece of the $32.7 billion budget is an agreement between Murphy, State Senate President Steve Sweeney and Assembly Speaker Craig Coughlin to raise the tax rate on income more than $1 million to 10.75% from 8.97 %, matching the tax rate paid on income of more than $5 million.

The budget includes an increase in taxes on corporations, boosts the state’s surplus to more than $2.5 billion and calls for $4.5 billion in borrowing to help close a revenue shortfall caused by the coronavirus pandemic.

The legislature restored a number of programs, including funding for school-based mental health services and subsidies paid to New Jersey’s hospitals for providing care to the uninsured.

GOP leaders decried that the budget is pork-filled and the tax increases are “a bad economic move that will only dig the Garden State into a deeper financial hole over the long run,” according to Senate Republican Budget Officer Steven Oroho (R-24).

Murphy noted that the budget is not a document for today alone, but “a statement of the values that will guide us along the path of restart and recovery. At every step along this path, this budget will be there for the people of New Jersey.”

The first-term Democratic Governor promoted the budget as enhancing the investments New Jersey has made over the past two years in the state’s public education system, continuing to expand pre-K opportunities statewide and maintaining tuition assistance

Murphy said the budget safeguards key programs that residents are relying upon to see themselves through the pandemic, “especially our most-vulnerable residents, and doesn’t pull the rug out from under them.”

State Sen. Paul Sarlo (D-36) characterized the coronavirus-response budget as one that is needed to contend with the crisis conditions created by the pandemic and its impact on the state’s economy.

“We were confronted with some of the most challenging fiscal conditions of our time that continue to have a profound impact on the lives and livelihoods of people throughout the state,” said Sarlo, chairman of the Senate Budget and Appropriations Committee. “This spending plan will help address problems created directly or indirectly by the COVID-caused shutdown, prepare for a potential second wave and provide for any other consequences that impact the lives and livelihoods of the people of New Jersey.

“As we move forward, we have to turn our attention to fiscal reforms that will help prevent future financial problems,” said Sarlo. “This crisis should be taken as a tipping point that will spur action on needed structural reforms. ”

Murphy said before having to confront the issues of tomorrow, state officials are dealing with the challenges of today.

“With all New Jersey is currently facing, this budget will do tremendous good – providing the resources we’ll need to build a stronger, fairer, more resilient future as we continue to battle COVID-19,” said Murphy. “We have been brought together like never before in the face of a global pandemic. Today we take a big step together to see that our family remains as one.”

The daily rate of infections from those tested as of Sept. 25 was 2.5%. By region, the north has a rate of 1.6%, central at 3.7% and the south at 2.6%. The state is no longer using serology tests as health officials explained those results show a past presence of the disease as well as a current one.

As for the rate of transmission, it increased slightly to 1.13 from 1.12 for the previous day. Officials have continually cited transmission rate and positivity rate as health data they rely on to track how the coronavirus is being contained in New Jersey, guiding them in determining when restrictions have to be tightened or lifted.

Officials reported 443 patients are hospitalized; by region, there were 203 in the North, 118 in the Central and 122 in the South.

Of those hospitalized, 101 are in intensive care units and 34 on ventilators, while 23 patients were discharged.

Another 339 cases are still under investigation to determine where the person resides.

Health officials noted 161 long-term care facilities are currently reporting at least one case of COVID-19, accounting for a total of 6,461 of the cases, broken down between 3,981 residents and 2,480 staff.

The state’s official death total will now be reported as those that are lab confirmed, sits at 7,159 on Sept. 29. The facilities are reporting to the state 6,787 residents deaths and 121 staff deaths.