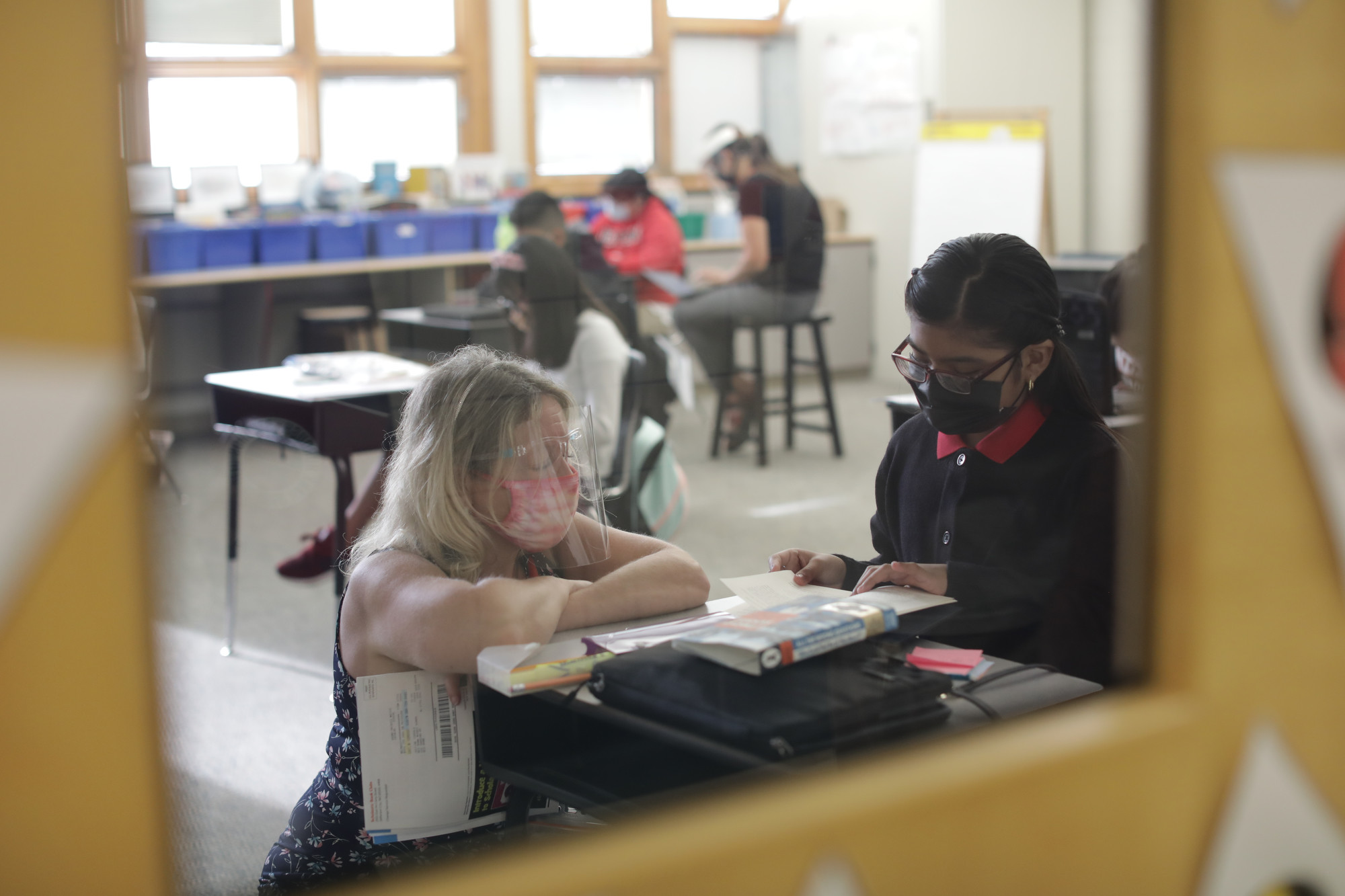 Of the 3,000 schools in New Jersey, state officials have documented just 11 outbreaks of in-school transmission of the coronavirus since classes started in September.

A total of 43 cases have been reported in seven of the 21 counties in the Garden State. An outbreak is defined by the New Jersey Department of Health as two or more laboratory-confirmed COVID-19 cases among students or staff within a 14-day period, who are epidemiologically linked within the school setting, do not share a household and were not identified as close contacts of each other in another setting during contact tracing.

As Well as Hoped For

“Our overarching aim remains ensuring that our schools do not themselves become the epicenters of new outbreaks,” stated Murphy at a press briefing Sept. 30. “We have in place the protocols and guidance to ensure that, when identified, a case is removed as quickly and carefully as possible from the building environment.”

Of the 802 public school districts in the state, only 81 have all in-person instruction. Over half,  403 districts, opened with hybrid plans and other 278 districts that are all-remote. Forty are using a combination of hybrid, remote or all in-person depending on the school. Nine districts opened for classes even though the district’s plans have not been fully approved.

School districts the state allowed to open remotely were mandated to meet a specific date to begin in-person classes, with some recently moving up their opening dates, according to Murphy.

“We know that some of the all-remote schools will be switching to either a hybrid or in-person model as laid-out in their reopening plans,” he said. “In every case, we will continue to work closely with our districts and communities to ensure a safe process.”

Health Commissioner Judith Persichilli reiterated the protocols for schools remaining opened or closed depending on the number of cases or outbreak. If there’s one confirmed case in school, the school can remain open, as students or staff in close contact are to quarantine from the school for 14 days. The same criteria is used if there are two or more cases in the same classroom linked to one cohort, with local health officials making recommendations if the entire classroom should be considered exposed.

In the event of two or more cases within 14 days linked to an exposure outside of the school setting, the school can remain open. Any close contacts of the case are excluded from the school for two weeks.

With two or more cases within that two-week period, linked together by a school activity but in different classrooms, that would be considered an outbreak including multiple cohorts. Local health officials will make recommendations on whether to close the school based on that investigation.

A significant community outbreak that impacts multiple staff, students and families served by the school would result in a closure of the school for 14 days. Additionally if there are two or more cases within a two-week period that occur across multiple classrooms, and a clear connection between those cases cannot be easily identified, it’s recommended to close the school for two weeks.

Finally, if a school falls in one of the six regions that is determined to be a very high risk according to the department’s activity level report, the school should be closed until the transmission decreases.

The daily rate of infections from those tested as of Sept. 25 was 3.0%. By region, the north has a rate of 2.7%, central at 3.8% and the south at 2.4%. The state is no longer using serology tests as health officials explained those results show a past presence of the disease as well as a current one.

As for the rate of transmission, rising to 1.15 from 1.13 the day before. Officials have continually cited transmission rate and positivity rate as health data they rely on to track how the coronavirus is being contained in New Jersey, guiding them in determining when restrictions have to be tightened or lifted.

Officials reported 479 patients are hospitalized, with 271 confirmed and 208 awaiting confirmation. By region, there were 228 in the North, 127 in the Central and 124 in the South.

Of those hospitalized, 108 are in intensive care units and 39 on ventilators, while 31 patients were discharged.

Another 329 cases are still under investigation to determine where the person resides.

Health officials noted 160 long-term care facilities are currently reporting at least one case of COVID-19, accounting for a total of 6,382 of the cases, broken down between 3,919 residents and 2,463 staff.

The state’s official death total will now be reported as those that are lab confirmed, sits at 7,160 on Sept. 30. The facilities are reporting to the state 6,788 residents deaths and 121 staff deaths.