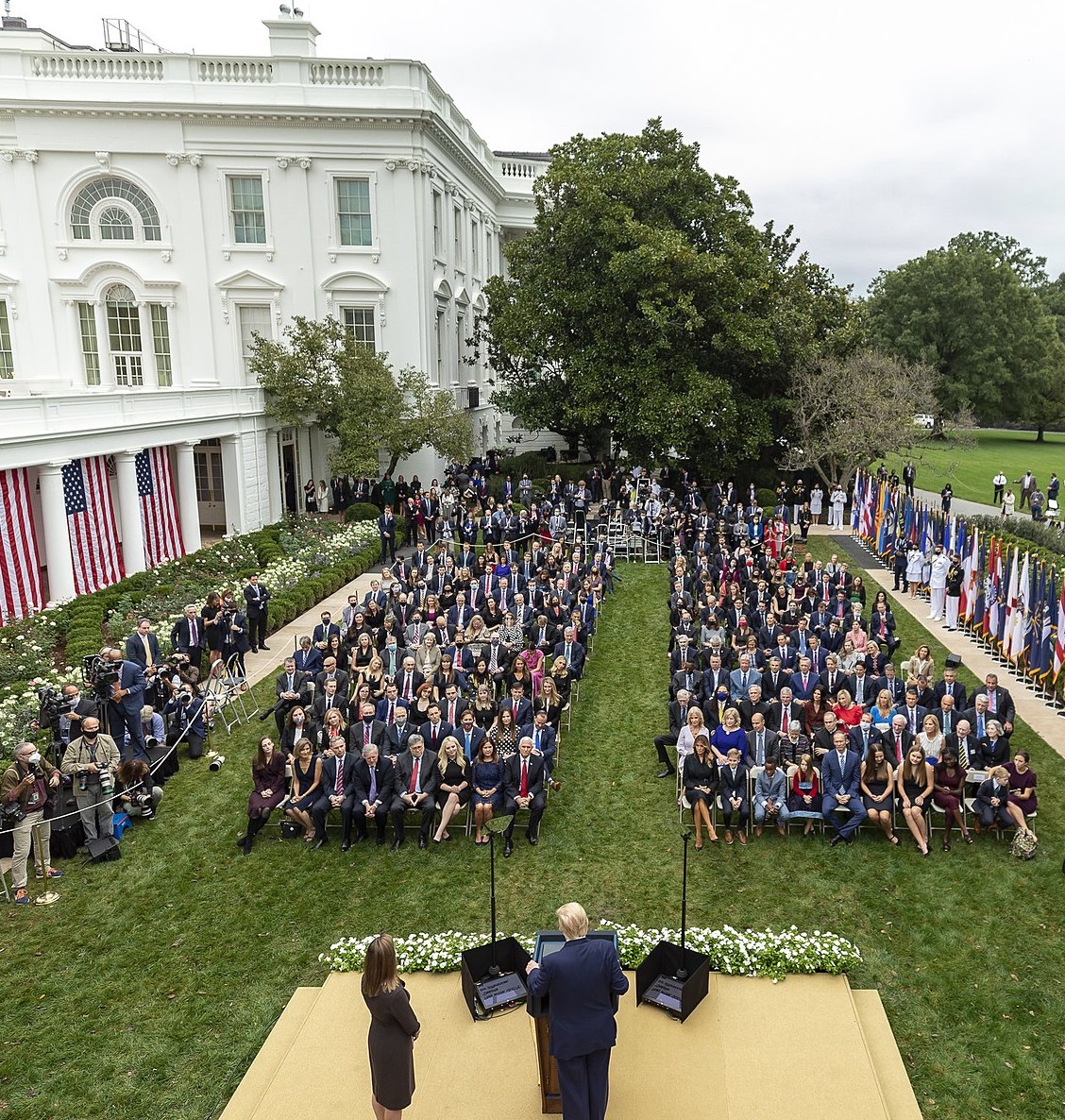 Former New Jersey Gov. Chris Christie checked himself into a North Jersey hospital after being diagnosed with the coronavirus.

Christie is part of a cluster that has tested positive for COVID-19 that were in either close contact with President Donald Trump in the last week or attended the Rose Garden nomination announcement of Judge Amy Coney Barrett on Sept. 26 where a lack of social distancing or mask wearing is apparent.

The former New Jersey governor attended the event as he was helping President Trump prepare for the Presidential debate against Joe Biden Sept. 29.

Besides Christie, two other prominent New Jersey natives with connections to President Trump have announced that they have tested for the coronavirus—campaign manager Bill Stepien and former senior aide Kellyanne Conway.

After tweeting out early Oct. 3 that he received word that he had indeed tested positive for COVID-19, Christie later in the day announced “In consultation with my doctors, I checked myself into Morristown Medical Center this afternoon. While I am feeling good and only have mild symptoms, due to my history of asthma we decided this is an important precautionary measure.”

During his second year in office as governor, Christie hospitalized at Somerset Medical Center in Somerville after suffering an asthma attack in 2011.

The outbreak in the White House began when one of President Trump’s closest aides, Hope Hicks, tested positive for the coronavirus after experiencing symptoms on Oct. 1, the same day the President held a fundraiser in Bedminster, N.J. The President was transported to Walter Reed Medical Center on Oct. 2.

After a day of conflicting reports, Dr. Sean P. Conley, the White House physician, updated the President’s condition on Oct. 4. The doctor reported President Trump’s blood oxygen level dropped suddenly on the day before, but “has continued to improve,” even suggesting that Trump could be discharged from the hospital as early as Monday.

Conley noted the president had a “high fever” and a blood oxygen level below 94% on Friday and again on Saturday. The level currently stands at 98%, according to Trump’s medical team.

The news came a day after contradictory accounts from White House officials and the President’s medical team. At the doctor’s press conference on Oct. 3, Dr. Conley suggested that Trump was 72 hours into the diagnosis—which would mean that he was confirmed infected Wednesday. Conley later clarified that Trump was administered an accurate test for the virus on Thursday afternoon, a time period of when he was in New Jersey.

“I didn’t want to give any information that might steer the course of illness in another direction, and in doing so, you know, it came off that we were trying to hide something, which wasn’t necessarily true,” Dr. Conley, the White House physician, said in a briefing with reporters Sunday.

While Conley portrayed President Trump in a positive light on Saturday, White House Chief of Staff Mark Meadows stated the president’s vital signs were “very concerning….We’re still not on a clear path to a full recovery” just after the medical update.

President Trump released a video Saturday, stating he was feeling better than when he first arrived at the Walter Reed Medical Center on Friday and the doctors are trying to get him healthy enough so he can continue his reelection campaign.

“I came here, I wasn’t feeling so well, I feel much better now. We’re working hard to get me back. I have to get all the way back because we still have to make America great again,” Trump said.

Later that evening on a television interview, Meadows said “(Friday), we were really concerned. He had a fever, and his blood oxygen level dropped rapidly.”

Because of the President trip to New Jersey, health officials are in the process of contact tracing for those that attended the fundraiser in Bedminster. Gov. Phil Murphy said at a press conference Oct. 2, “We urge everyone who attended yesterday’s event in Bedminster to take full precautions, including self-quarantining and getting tested.”

According to multiple media reports, Hicks found out about the positive test just as the president was leaving for in New Jersey. President Trump arrived at Morristown’s airport around 2 p.m. before flying via helicopter to Bedminster. After the event, he helicoptered back to Morristown and departed in Air Force One around 4:40 pm.

The event was held outdoors at Trump’s golf course in Somerset County. The President was reportedly in contact with about 100 people there. The top tickets—priced $250,000—included a roundtable discussion and a photo-op with the president. In all, the event raised $5 million, a Republican National Committee.