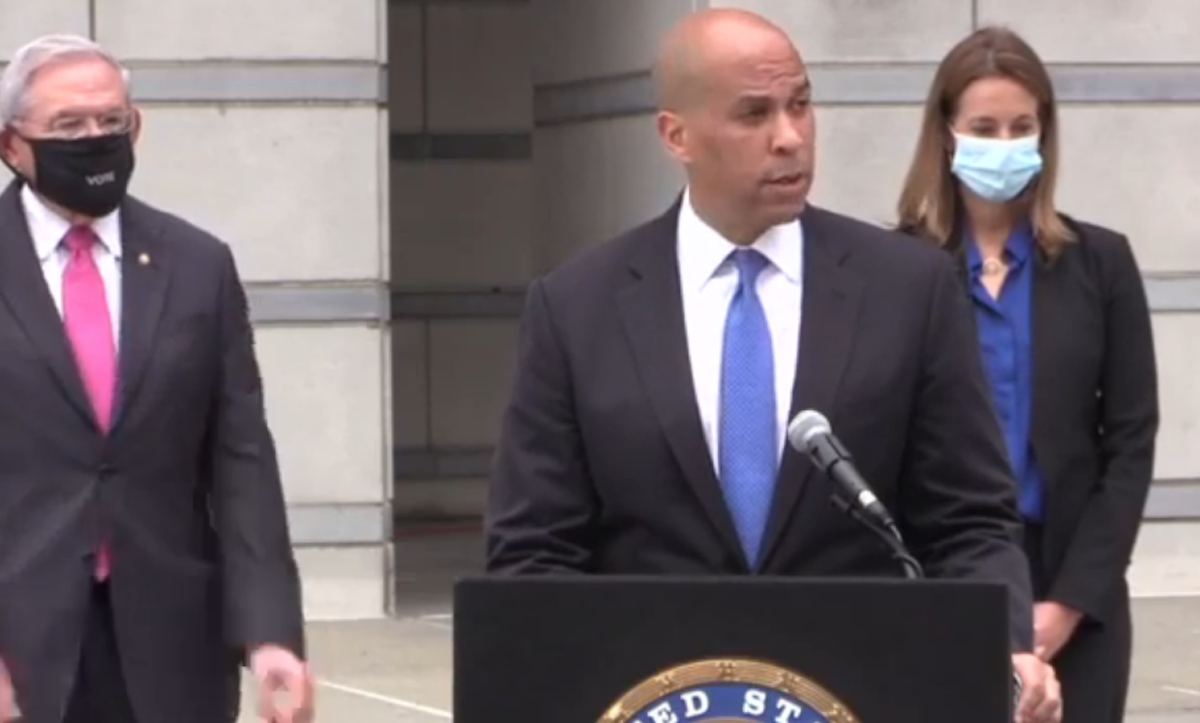 Sens. Bob Menendez and Cory Booker are partnering with Rep. Mikie Sherrill on bicameral legislation designed to protect federal judges and their families in the wake of the fatal attack on U.S. District Court Judge Esther Salas.

The trio, who recently gathered outside Newark Federal Court to outline the legislation, named the bill the Daniel Anderl Judicial Security and Privacy Act of 2020 in honor of Judge Salas’s son who was murdered during a home invasion incident.

“I made a personal commitment to Judge Salas that I would put forth legislation to better protect the men and women who sit on our federal judiciary, to ensure their independence in the face of increased personal threats on judges, and help prevent this unthinkable tragedy from ever happening again to anyone else,” said Sen. Menendez.

Protections Under the Act

Under the act, personally-identifiable information on federal judges and immediate family would be shielded from the public, including home addresses, social security numbers and tax records.

Federal agencies, state and local governments, and commercial data collectors would create safeguards for active, senior, recalled, and retired federal judges. Grants would be provided to cover costs in preventing the release of the information.

“Providing the United States Marshals Service, the Administrative Office of the U.S. Courts, and state and local governments with these tools will help law enforcement do its job and keep our federal judges safe,” said Sherrill.

In July 2020, a man posing as a FedEx worker went to the home of Judge Salas and opened fire. Mark Anderl was critically-wounded and their 20-year-old son Daniel was killed.

In the wake of the attack on the Anderl-Salas family, Sen. Menendez began working to draft legislation. South Carolina’s GOP Sen. Lindsay Graham is a cosponsor on the bill, which is also supported by the New Jersey State Bar Association.

“No person who takes on the responsibility of serving as a federal judge should ever have to live in fear that they or their family could be targeted by someone who is able to easily access their personal information,” said Booker.

The legislation would include prohibiting government agencies from publicly posting of judges’ personally identifiable information and allows judges to request the removal of their information within 72 hours if it is already posted;

The proposed law would prohibit commercial data collectors to sell, trade, license, purchase or provide judges’ personally identifiable information and authorizes the Administrative Office of the U.S. Courts to provide data brokers with a current list of federal judges and their immediate family members for the purpose of compliance.

Additionally, the the bill would authorize funding for the AO and United States Marshals Service (USMS) to monitor and assess online threats, maintain records, investigate complaints and address acts of aggression and violations. It would also allow the USMS to hire additional intelligence analysts, deputy U.S. Marshals, and other personnel to ensure the agency is able to anticipate and deter threats to federal judges.