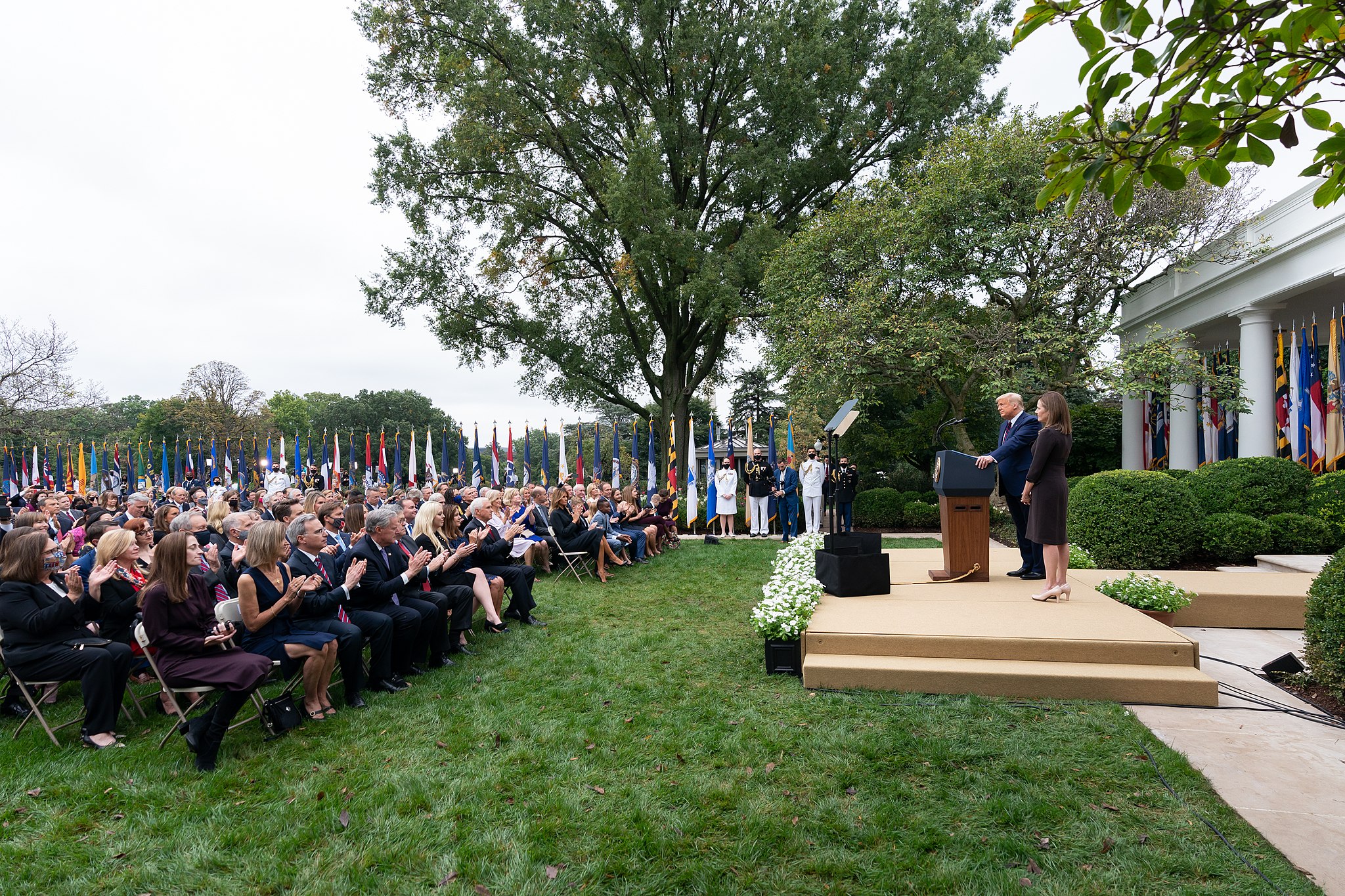 Gov. Phil Murphy said President Donald Trump’s decision to attend a fundraiser in New Jersey showed “a lack of leadership and not for the first time” in dealing with the COVID-19 crisis after being in close contact with one of his closest aides who had tested positive for the coronavirus.

“To put it bluntly, the action leading up to and at this event have put lives at risk,” said Murphy at a press briefing Oct. 5. “This is a matter of leadership by example and it is clear that the President and his staff acted recklessly in coming to New Jersey in the first place knowing they had been exposed to someone with a confirmed positive test.”

In its contact tracing efforts, the New Jersey Department of Health received a list of 206 attendees, with only 22 left to contact, according to state officials. The Republican National Committee, who was the organizer of the event, provided the state with only emails of those who attended the event. The staff of 19 workers have been contacted by local officials.

The outbreak in the White House began when one of President Trump’s top advisors, Hope Hicks, tested positive for the coronavirus after experiencing symptoms on Oct. 1, the same day the President held a fundraiser in Bedminster, N.J. The President was transported to Walter Reed Medical Center on Oct. 2. At least 15 people who attended a Rose Garden for the nomination announcement of Judge Amy Coney Barrett on Sept. 26 have tested positive for the coronavirus, including former New Jersey Gov. Chris Christie.

Murphy said that “While this is hitting close to home, this is not the first time we’ve seen that absence of leadership or the only time.”

The governor continued by stating “This is the latest chapter in a long series of chapters in the past seven months, like developing a political debate over masks, when there should be none. (Wearing masks) is based on science, data and the facts; it has nothing to do with politics but yet they have been led to take hold. “

Before his press briefing, Murphy made the rounds on morning television shows to condemn President Trump’s decision to visit New Jersey.

“That trip should have been canceled…The trip itself was the wrong decision at every level,” Murphy said during an interview on CBS Oct. 5. “To have a group of folks coming in out of state coming in knowingly having been exposed to someone who’s COVID-positive is really, really frustrating.”

The governor stated that New Jerseyans that have followed the rules to contain the coronavirus have a right to be upset and angry over President Trump’s decision to attend the Bedminster after Hicks had tested positive for COVID-19. While held largely outdoors, there was a VIP competent held indoors with the President.

“They flew in the face of it, literally and figuratively,” said Murphy on CNBC. “For folks to come in from out of state and potentially infect others is just completely unacceptable.”

“Particularly folks that have been doing all the right things at every step of the way.” Murphy said. “I hope it’s a wakeup call. It’s now a long book with lots of chapters of indoor behavior, no face coverings, no social distancing. I hope to God, finally, this gets through to everybody no matter where you live or what your party that you gotta do the right thing.”

In an interview with CNN earlier, Murphy expressed his displeasure specifically with President Trump.

“Folks at the top, beginning with the President, have to set an example for the rest of our country to do the right thing,” he added. “This borders on reckless in terms of exposing people, not just in New Jersey, but it looks like with folks around the country, who have now scattered.”

Murphy was referring to the attendees at the fundraiser who were from New Jersey and beyond. State officials said it’s too early to tell based on the incubation period of evidence of an outbreak related to the fundraiser, as “this virus takes a number of days to incubate,” stated the governor.

The governor called on anyone who was at the event to quarantine for 14 days and get tested between five and seven days after the event.

“If you think you’ve been in touch or in the midst of someone who is COVID-positive, you’ve got to take yourself off the field,” said Murphy. “I don’t want to be the Grinch here, but that’s the way we have got to deal with this virus.”

Additionally, the first-term Democratic governor said the state is looking into whether the fundraiser violated any of the state’s social-distancing orders—including indoor capacity limitations and food served buffet style— with the state’s Attorney General’s Office in charge of that investigation.

“There is a lot of attention on that event and I will leave it at that,” said Murphy. “This entire event and everything associated with it is troubling. It is being followed up on (by contact tracers) as best we can and as aggressively as we can here in New Jersey.”

As of Oct. 5, the cumulative number of coronavirus cases in New Jersey reached 208,713 with 507 new cases and two new deaths were reported over the weekend, bringing that total to 14,351. The state probable death is 1,787, bringing the overall total to 16,138.

The daily rate of infections from those tested as of Oct. 1 was 2.6%. By region, the North has a rate of 2.2%, Central at 3.3% and the South at 2.6%. The state is no longer using serology tests as health officials explained those results show a past presence of the disease as well as a current one.

As for the rate of transmission, rising to 1.27 from 1.26 the day before. Officials have continually cited transmission rate and positivity rate as health data they rely on to track how the coronavirus is being contained in New Jersey, guiding them in determining when restrictions have to be tightened or lifted.

Officials reported 507 patients are hospitalized, with 320 confirmed and 187 under investigation. by region, there were 219 in the North, 137 in the Central and 151 in the South.

Of those hospitalized, 102 are in intensive care units and 34 on ventilators, while 38 patients were discharged.

Another 382 cases are still under investigation to determine where the person resides.

Health officials noted 155 long-term care facilities are currently reporting at least one case of COVID-19, accounting for a total of 6,235 of the cases, broken down between 3,832 residents and 2,403 staff.

The state’s official death total will now be reported as those that are lab confirmed, sits at 7,166 on Oct. 5. The facilities are reporting to the state 6,790 residents deaths and 121 staff deaths.