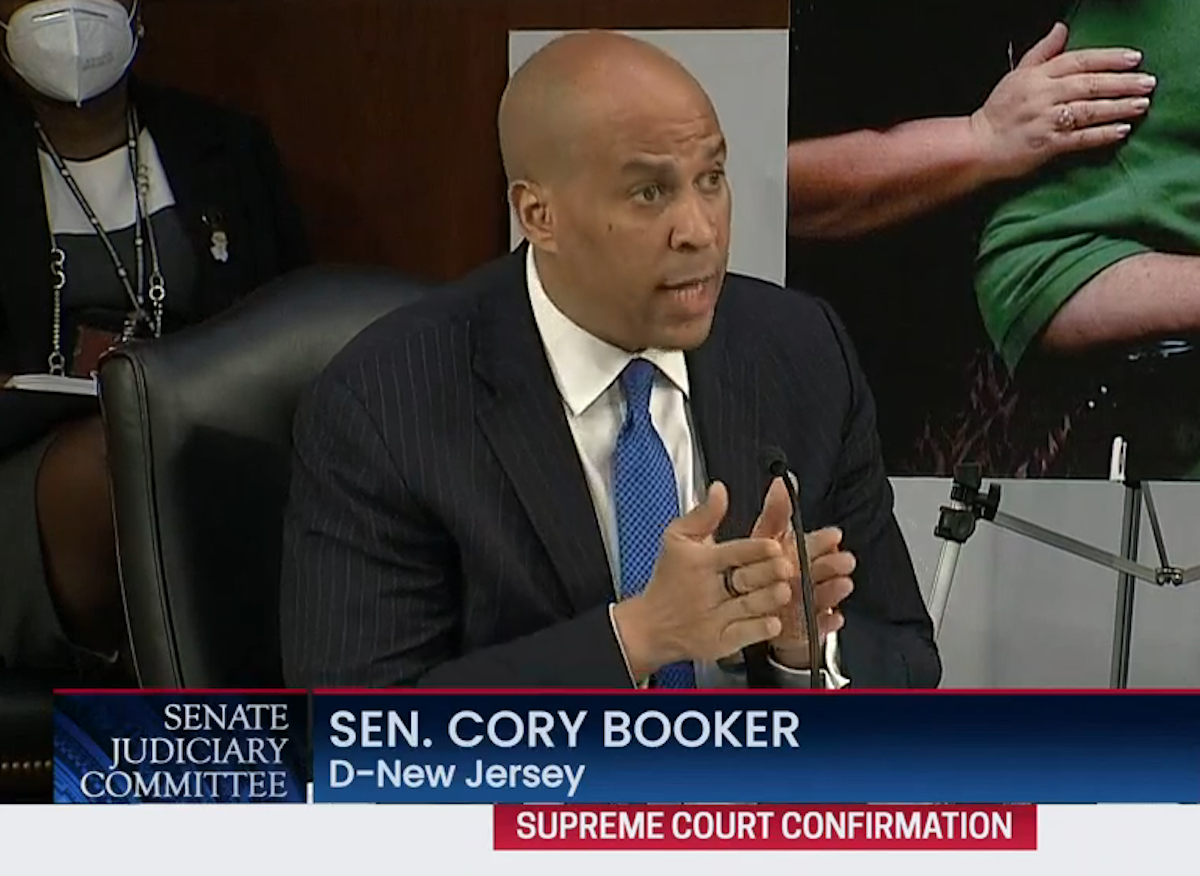 Sen. Cory Booker closed his remarks during the nomination hearing for Judge Amy Coney Barrett to the U.S Supreme Court by declaring he will not vote for the nominee.

Booker in his statement framed his decision not on the qualifications of the nominee, but in the promise by President Donald Trump to nominate someone who would end the Affordable Care Act (ACA), reverse Roe v. Wade and a rush to get a justice installed before the Presidential election are held Nov. 3.

“He promised explicitly that he would only nominate judges that would do the right thing and eliminate the Affordable Care Act,” stated Booker at the hearing held Oct. 12. “People….know what the future with the ACA looks like. It looks like 130 million American with pre-existing conditions from cancer survivors to people with disabilities being charged more or being denied coverage completely.”

The Supreme Court is scheduled to hear oral arguments just after the election in a case brought by a coalition of Republican state attorneys general and the Trump administration, who argue the law’s individual mandate is unconstitutional, thus invalidating the entire law.

To make his point, Booker shared the story of Palisades Park women who lost her insurance when her husband passed away unexpectedly. With underlying conditions, Booker said she was able to find affordable health insurance through the insurance marketplace set up by the ACA.

Booker then moved on to President Trump’s efforts to overturn Roe v. Wade, the landmark case that gave women reproduction rights over their body.

“President Trump has explicitly stated that he would only put up Supreme Court nominees that would overturn Roe vs. Wade,” said Booker. “We said it clearly and we should believe him.”

The New Jersey senator said if Roe v. Wade was no longer law, women would not have the ability to make decisions about their own bodies, stripped of the right to plan for their futures.

He made the argument that women “who can not just pack up and leave if abortion is restricted or criminalized where they lived, it looks like (them) being left with no options.”

“It looks like state laws proliferating throughout our country that seek to control and crimliamzie women,” said Booker. “It looks like the government is interfering with women making the most personal medical decisions. It looks like a country which state’s may write laws that could  subject women with miscarriages to investigations to ensure they didn’t have abortions.”

Booker then turned his attention to the fact that the committee hearing is the only business being done by the Senate while not addressing more pressing issues such as a COVID-19 stimulus bill.

“We should be as a Senate in a bipartisan way working to try to get the (pandemic) under control,” said Booker. “To get help to people who are struggling…who are afraid.”

Booker characterized the hearing as an “illegitimate process” being rushed because President Trump and Republician members of Congress were unable to change the ACA and Roe v. Wade by legislation and will do it instead via the courts.

“Let’s be clear: nothing about today’s hearing is normal….(Republicans are ) violating their own words all to ensure that millions of Americans will lose their health care in the middle of a pandemic” Booker said.

“Senate Republicans know that the American people don’t want the Affordable Care Act to be overturned. They know that even the majority of Republicans support provisions of the ACA like protecting people with pre-existing conditions,” he continued.

Booker opined the American people should decide who gets to nominate the country’s next Supreme Court Justice.

“It’s very simple: Senate Republicans know the American people don’t want this, but they don’t care. Because they only have a small window of opportunity to cheat the system and betray what Americans want—so they’re desperately rushing to finish this process before Americans finish voting,” the former Newark mayor said. “Nothing about this is normal. Nothing about this is right. I will not be voting to confirm Judge Barrett’s nomination.”