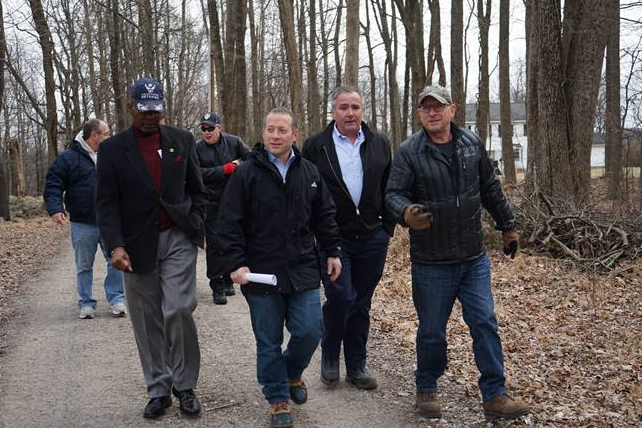 In a virtual press conference, Rep. Josh Gottheimer shed a light on federal COVID-19 relief investment that was clawed back for two Northwest counties and the towns residing within New Jersey’s 5th Congressional District.

“Since the beginning of this crisis, I’ve said that all of our counties, towns, and municipal governments needed federal resources to help them through this, and that’s something I advocated strongly for with the entire congressional delegation, as well as local leaders throughout Warren and Sussex County and the Governor,” said Gottheimer.

Voices from the Field

Burrell detailed 19 businesses that received $100,000 in Paycheck Protection Program (PPP) forgivable loans for businesses in Vernon. He said the town’s largest taxpayer, Mountain Creek, survived because of the loans, and who in turn helped smaller business in the area apply for the federal aid.

Additionally, Burrell spoke to how much direct stimulus checks helped those in Vernon. “Those were so very vital to people, people were drowning before they got those checks,” said the mayor.

Justin Berkowitz spoke about his business and the help federal programs provided him when the public health emergency forced the business to close for three months.

“Your business is shut down, but your bills don’t stop. That’s why the PPP loans were so important,” he said.

He advocated for a second round of PPP checks to help business to keep employees on staff and to better prepare for the Fall when COVID-19 cases are expected to surge.

Funding Provided by the CARES Act

Gottheimer highlighted $1.8 million and $1.4 million in funding stemming from the Coronavirus Aid, Relief, and Economic Security (CARES) Act that were allocated directly to the two county governments.

The funding report did not yet include data broken down from some sources, including nearly $7 billion Economic Injury Disaster Loans (EIDL) and more than $578 million in EIDL Advance loans for New Jersey small businesses. Additionally, more than $38 million was allocated from the Department of Health and Human Services for frontline medical care and testing expansion.

While the funding was lauded by the Congressman, he urged continued vigilance as flu season approached and cases of COVID-19 were expected to rise. He called for Washington to unite in finding ways to help the average American citizen.

“I cannot stress this enough: it is absolutely inexcusable that anyone would walk away from the negotiating table right now, as we’re working overtime to pass a bipartisan COVID-19 relief package in Washington,” said Gottheimer. “It’s completely unconscionable to leave Americans without the help they desperately need right now, and I will continue doing everything I can to push a bipartisan deal forward that helps us here in North Jersey.”