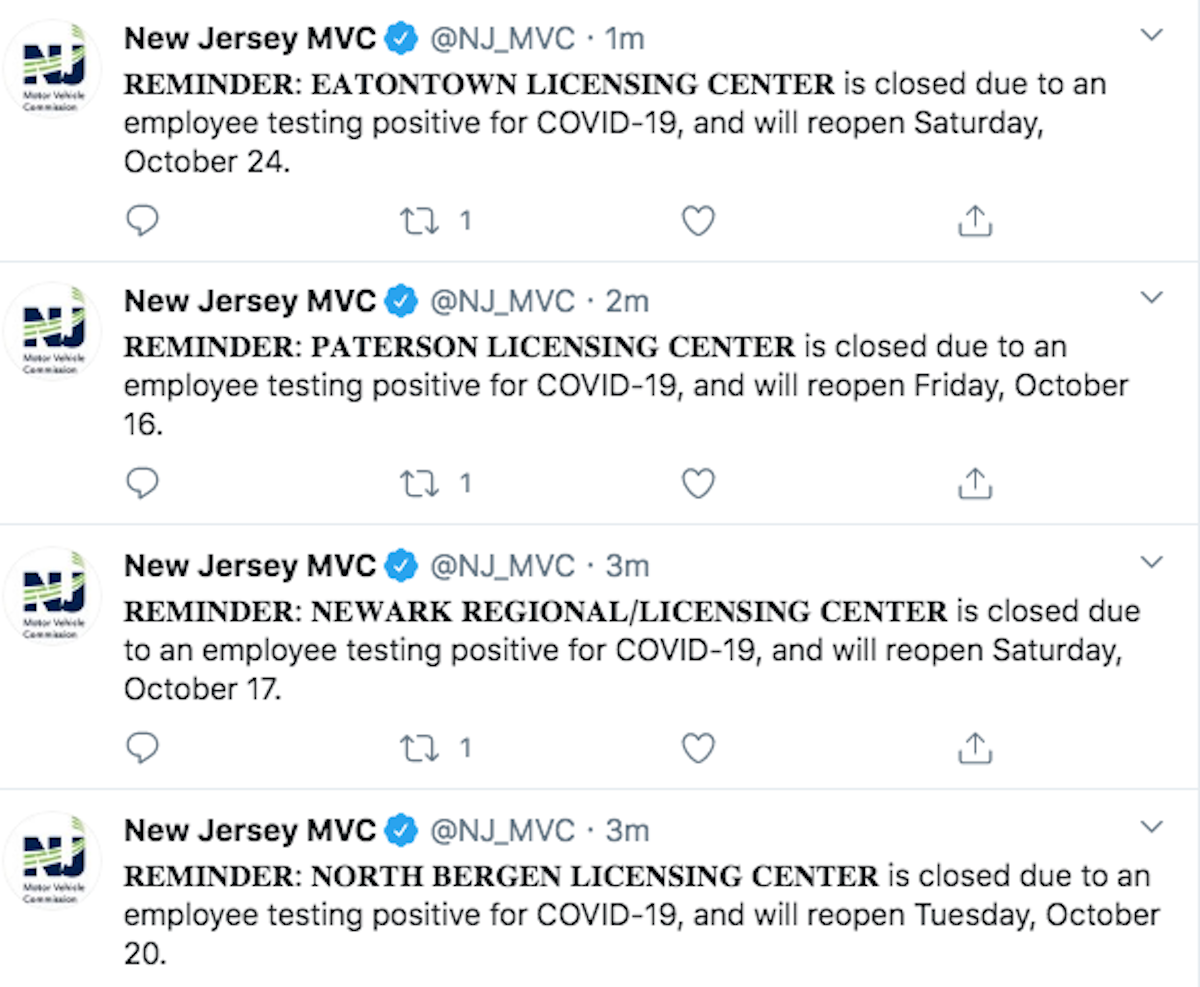 As closures at New Jersey Motor Vehicle Commission (NJMVC) due to the coronavirus are mounting, a North Jersey lawmaker believes unresolved issues are systemic at the agency.

As of Oct. 15, eight NJMVC sites were closed. NJMVC Centers that had to shut their doors due to an employee testing positive for the coronavirus in North Jersey centers in Paterson, North Bergen, and Newark as well as Eatontown, Runnemede, Springfield and Delanco. The Jersey City location recently reopened after being closed.

Additionally, it was announced all Wayne facilities would be closed between Oct. 15 and Oct. 17 in preparation of opening a new facility.

State Sen. Anthony Bucco cited persistent lines and poor customers service as indicators of deeper problems at NJMVC, arguing these deficiencies had become business as usual for the agency.

“Not a day goes by that I don’t hear another horror story from a constituent who has been mistreated by a broken system,” said Bucco (R-25). “It is painfully obvious that customer service is buried low on NJMVC’s list of priorities, and New Jersey residents deserve better.”

Bucco shared an anecdote from a constituent who was in line two hours before the agency opened in the hopes of being able to get an appointment. The text indicated it was ironic the government was forcing hundreds of people to congregate during the public health crisis in hopes of handling business with agency.

The state senator argued these situations were becoming more and more common.

“We should have mobile facilities set up to safely service motorists renewing paperwork, and we should have an appointment system so people can schedule times to conduct business with MVC,” Bucco said.

Prior Warnings of Lackluster Service

This was not the first time Bucco had raised the issues regarding the NJMVC, with the first calls issued May 7 and May 19 in the form of letters to MVC’s chief administrator, B. Susan Fulton.

“I suggest that you consider alternate ways to complete some of these services remotely in the interim. Perhaps you can consider what other states are doing in this area,” Bucco wrote at the time. “Procedures such as on-line title transfers and issuing temporary licenses to new drivers under a protocol you develop to help lessen the anticipated overwhelming need when the agencies reopen