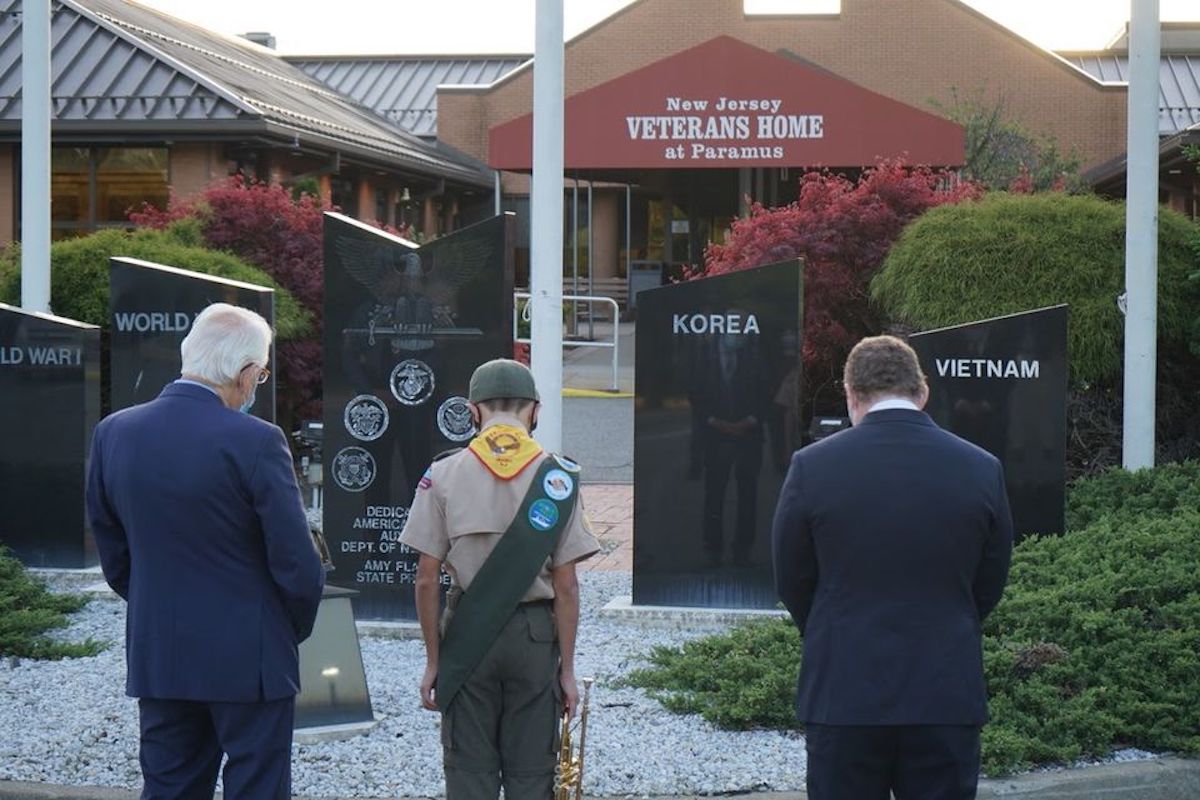 In the aftermath of nearly 150 deaths due to the coronavirus at veteran homes, Gov. Phil Murphy has shaken up leadership at New Jersey Department of Military and Veterans Affairs (DMAVA).

Additionally, new Interim Administrators/CEOs will be named at the New Jersey Veterans Memorial Homes at Paramus and Menlo Park.

The moves come as changes have been demanded by politicians and families of veterans living at the two facilites.

In a joint press statement released after the move, the congressmen said “Today’s announcement is a long time coming. The explosion of COVID-19 demanded transparency, honesty, cooperation, and competency, and the people in charge at the state-run Paramus Veterans Home and elsewhere provided none of these. Eighty-one of our veterans and seniors perished because of the negligence and failure of the Paramus Veterans Home leadership.”

“It is one of the gravest tragedies of this pandemic. Their deaths were preventable. Here today is a measure of accountability to the families who lost loved ones. We applaud the State of New Jersey for removing the leadership.”

Pascrell and Gottheimer noted the investigation must go further, with a full report of what happened needed so that “we can improve policies to ensure a tragedy like this won’t ever be repeated.”

Recently, the New Jersey Attorney General’s Office has asked DMAVA, which operates the Paramus and Menlo Park homes, to hand over reams of documents related to 50 categories, according to published reports. The document’s requests range from the organization and management of the homes to their infection-control procedures, staffing, inspection records and COVID-19-related issues.

In announcing the changes, Murphy said in a press statement that “since the COVID-19 pandemic started, despite significant challenges, DMAVA has worked to save lives and support our veterans. Having served as a Field Surgeon in Iraq and Afghanistan during the height of the conflicts and as a respected medical professional, Dr. Hou will provide invaluable leadership during the ongoing pandemic.”

“It is an honor to be called upon to lead one of the greatest battles our department has ever faced,” said Colonel Dr. Hou. “Protecting our veterans and supporting our military personnel will be my priority today, and every day. We must all work together to defeat this pandemic and I am committed to doing everything possible to lead the Department and the National Guard through this difficult period of time.”

Dr. Hou currently serves as the Deputy Adjutant General and Assistant Commissioner for Operations at DMAVA. She has been the principal advisor for military readiness, mobilizations, homeland security, defense support to civil authorities, human resources, logistics, training, and financial management to the Adjutant General.

The daily rate of infections from those tested as of Oct. 11 was 4.4%. By region, the North has a rate of 4.5%, Central at 4.3% and the South at 4.3%. The state is no longer using serology tests as health officials explained those results show a past presence of the disease as well as a current one.

As for the rate of transmission, it increased to 1.18 from 1.16 the day before. Officials have continually cited transmission rate and positivity rate as health data they rely on to track how the coronavirus is being contained in New Jersey, guiding them in determining when restrictions have to be tightened or lifted.

Officials reported 728 patients are hospitalized; by region, there were 339 in the North, 195 in the Central and 194 in the South.

Of those hospitalized, 178 are in intensive care units and 60 on ventilators, while 99 patients were discharged.

Another 380 cases are still under investigation to determine where the person resides.

Health officials noted 151 long-term care facilities are currently reporting at least one case of COVID-19, accounting for a total of 4,822 of the cases, broken down between 2,802 residents and 2,020 staff.

The state’s official death total will now be reported as those that are lab confirmed, sits at 7,186 on Oct. 16. The facilities are reporting to the state 6,809 residents deaths and 121 staff deaths.