Gov. Phil Murphy to Self-Quarantine After Close Contact With Staffer Who Tested Positive for COVID 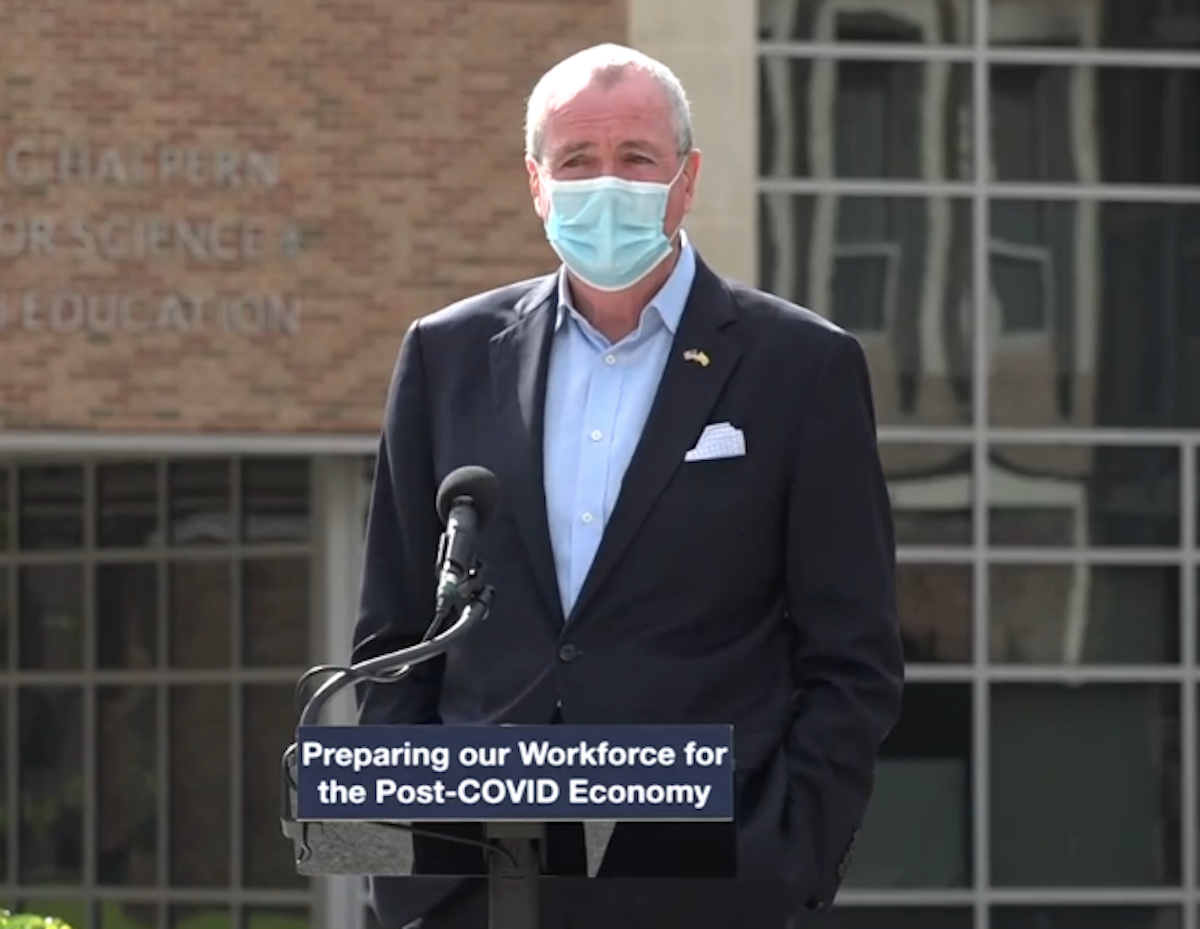 Gov. Phil Murphy will self-quarantine after being in contact with a member of his senior staff who tested positive for the coronavirus.

In the middle of a press event announcing the investment of $14 million in workforce development programs at Camden County College, the governor told those gathered he would be leaving to self-quarantine.

“I was just informed by my colleagues that I was in close proximity with somebody on Saturday who has just tested positive,” Murphy said. “I tested negative on Monday. I will now, unfortunately, have to take myself off the field. “

Murphy said he has no symptoms but left the event five minutes after receiving the information in order to keep the standards that he has demanded of others.

“I can not ask President Trump not to come to Bedminster and do a fundraiser and then sit here,” Murphy said. “I have to go get tested again today.”

The first-term Democratic governor said the need for another test was due to him still being inside the testing window that health officials have stressed in the testing protocols when it comes to containing the coronavirus.

“I was with someone Saturday night and got tested Sunday, that does not tell you a lot,” said Murphy. “You have to wait to see if there was any incubation.”

At about 2:15, the governor’s office released a statement that Murphy and First Lady Tammy Murphy were tested this afternoon, which came back negative.

The governor’s office said a member of the governor’s senior staff recently tested positive for COVID-19 and the contact tracing process to notify everyone who may have come into contact with the aide during the potential infection window is under way.

“Out of an abundance of caution and in line with the highest levels of commitment to protecting public health, the Governor and First Lady will be canceling their in-person events and voluntarily quarantining through the end of the weekend, and each will take an additional COVID-19 test before they resume any in-person engagements,” the statement said.

Murphy has had a full public schedule since coming in contact with the unnamed individual. He held a briefing on Oct. 19, was hosted by News12 New Jersey in Asbury Park for a live event outside, and held a press event in South Orange to announce his nominee to head the Board of Education, Dr. Angelica Allen-McMillan. All the events followed protocols, including social distancing and the wearing of face masks.

Murphy has been cautious about his own health during the pandemic. An early advocate of face masks, the governor had a 3-centimeter tumor on his left kidney removed in March just as the first coronavirus case in New Jersey was announced. Murphy underwent a procedure called a partial nephrectomy in which doctors remove part of the kidney but not the whole organ.

Murphy is the second high profile politician to self-quarantine in the last week. Rep. Mikie Sherrill announced Oct. 17 she would begin self-quarantining following a positive COVID-19 test from the family’s childcare provider.

“We received news that our childcare provider received a positive COVID-19 test,” Sherrill said in the press statement. “Luckily, everyone in our family has tested negative, however, we will be quarantining according to CDC guidelines.”

Additionally, former Gov. Chris Christie was hospitalized for a week after testing positive for COVID-19 in early October. Christie said he was “fortunate” to have recovered from COVID-19, acknowledging he should have worn a mask while at the White House while in debate preparation with President Trump in September as well as when he attended the Rose Garden ceremony for Supreme Court nominee Judge Amy Coney Barrett.

The daily rate of infections from those tested as of Oct. 15 was 3.4%. By region, the North has a rate of 3.6%, Central at 3.0% and the South at 3.5%. The state is no longer using serology tests as health officials explained those results show a past presence of the disease as well as a current one.

As for the rate of transmission, it increased to 1.15 from 1.13 the day before. Officials have continually cited transmission rate and positivity rate as health data they rely on to track how the coronavirus is being contained in New Jersey, guiding them in determining when restrictions have to be tightened or lifted.

Officials reported 844 patients are hospitalized; by region, there were 428 in the North, 196 in the Central and 220 in the South.

Of those hospitalized, 175 are in intensive care units and 63 on ventilators, while 105 patients were discharged.

Another 404 cases are still under investigation to determine where the person resides.

Health officials noted 160 long-term care facilities are currently reporting at least one case of COVID-19, accounting for a total of 4,948 of the cases, broken down between 2,871 residents and 2,077 staff.

The state’s official death total will now be reported as those that are lab confirmed, sits at 7,195 on Oct. 21. The facilities are reporting to the state 6,817 residents deaths and 121 staff deaths.