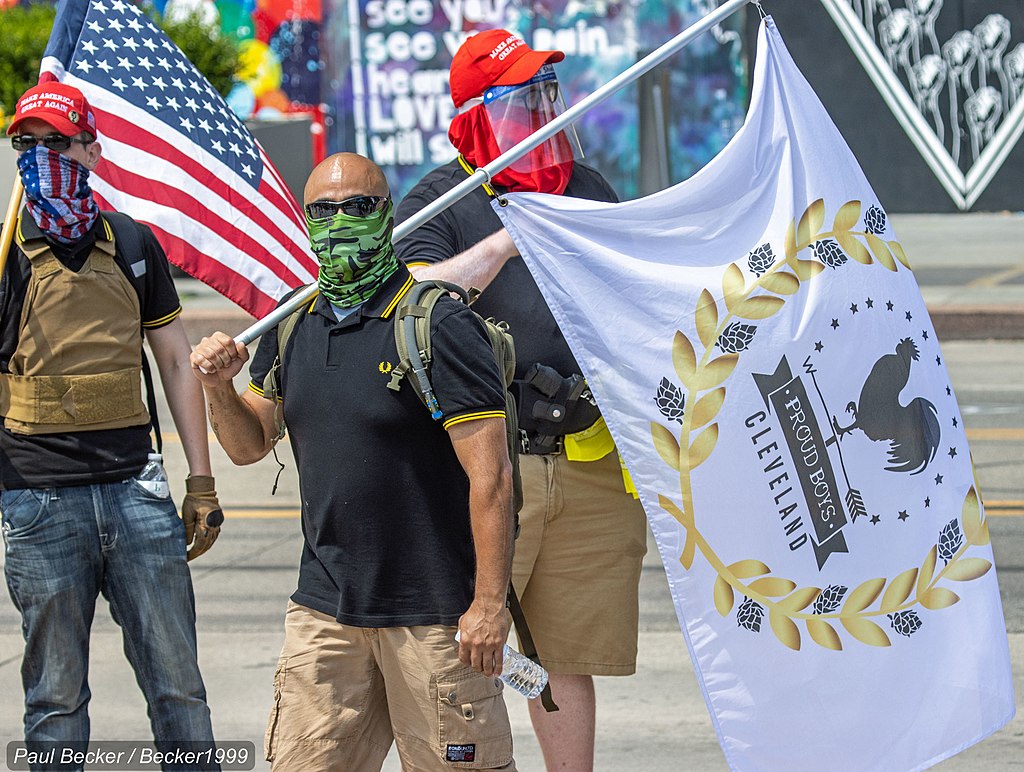 U.S. Reps. Josh Gottheimer and Tom Malinowski, along with other congressional representatives from New Jersey, are urging the Federal Bureau of Investigation (FBI) to boost the federal response to the Proud Boys, a white supremacist group they say has increased its activity in the state.

In an Oct. 13 letter to FBI Director Christopher Wray, lawmakers wrote they believe “the clear threat and pattern of violence demonstrated by members of groups like the Proud Boys merits increased security by the Bureau to protect public safety.”

“This is abundantly necessary as these groups increasingly seek to organize and instigate violence,” they wrote, citing recent reports that Proud Boys members have appeared at various sites throughout New Jersey in recent months, including in Fair Lawn, Wayne and Hopatcong.

As the General Election nears, members of New Jersey’s Congressional Delegation are concerned that members of groups like the Proud Boys or other “unlawful militias or private paramilitary organizations” may “plan to target and disrupt rallies, polling places or voter registration drives.”

The Proud Boys have been classified as a hate group by civil rights organizations like the Southern Poverty Law Center.

The request after President Donald Trump told the Proud Boys to “Stand back and stand by.” after Joe Biden named the group as a far-right organization to denounce at the first presidential debate.

Gottheimer and Malinowski said, “We believe we need a much more robust Federal response to the growing threat of violence posed by white nationalists, neo-Nazis, domestic terrorists, and other militias.”

They went on to ask:

According to a recent report from the New Jersey Office of Homeland Security and Preparedness (NJOHSP), the threat posed by white supremacists in the state rose from “moderate” to “high” this year.

One of the biggest concerns of the state’s homeland security officials is that domestic extremists – particularly anarchist, anti-government, and racially motivated groups like the Proud Boys—will continue to manipulate national incidents to further their agendas and remain a threat.

Gov. Phil Murphy to Self-Quarantine After Close Contact With Staffer Who Tested Positive for COVID